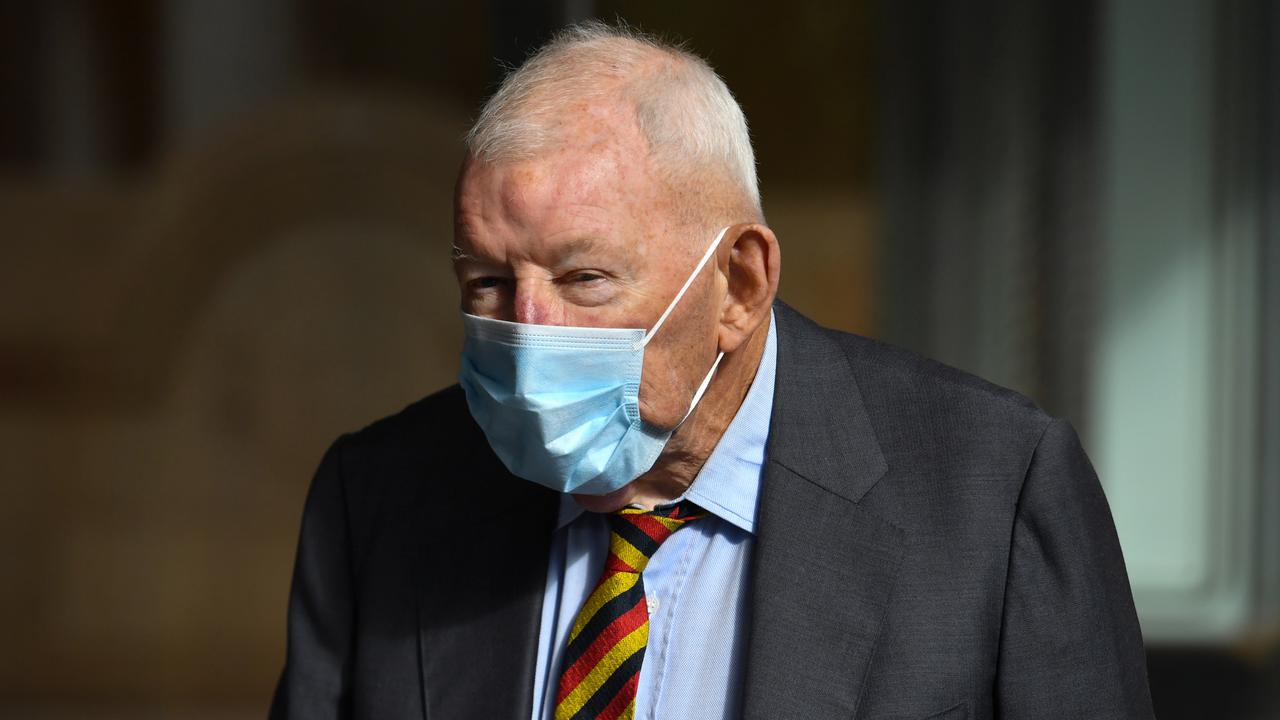 Sir Ron Brierley and prosecutors are still to settle all the facts of his child image crimes. (Mick Tsikas/AAP Image)

SYDNEY, Australia — The facts of child abuse media crimes committed by New Zealand investor and corporate raider Sir Ron Brierley are still to be finalized, a Sydney judge has heard.

Brierley, who will be added to the New South Wales’ child protection register, pleaded guilty to three counts of possessing child abuse material on April 1 after the court found images on his digital devices.

The lawyers informed the Sydney District Court on April 30 that most of the facts of his crimes are agreed upon, but a few narrow issues remain disputed.

But that will likely resolve before another sentence mention on May 21, the 83-year-old multi-millionaire’s barrister Lisa-Claire Hutchinson said.

Brierley, who resides in Sydney’s exclusive Point Piper, appeared in court via AVL from his barristers’ chambers.

He was charged after police stopped him in Sydney International Airport and then searched his home in December 2019. Sydney Kingsford Smith Airport is an international airport in Sydney, Australia, located 8 kilometers (5 miles) south of the Sydney central business district, in the suburb of Mascot. Sydney Airport Holdings own the airport.

One admitted offense related to photographs of girls, aged as young as two years, in sexually suggestive poses, while another was concerned with a data storage device found at his home that contained 1615 images of child abuse material.

Brierley rose to prominence in the 1970s with his eponymous company that, despite little starting capital, developed into an Australian-New Zealand conglomerate with investments in firms worldwide.

At one time, it was the largest company in New Zealand. He was knighted in New Zealand in 1988, a year before standing down as head of Brierley Investments.

Brierley Investments Limited was established by New Zealand investment veteran Sir Ron Brierley in 1961 and 1985 listed on stock exchanges in Australia, United Kingdom, and New Zealand. It grew to become one of the biggest — and for a time most successful and glamorous — companies in the 1980s.

Brierley was a notable alumnus of Wellington College, where a theater was named after him. At Wellington College, he joined the New Stamp Dealers Federation and began his first business venture selling stamps to students and staff. He is still one of the largest buyers and sellers of stamps globally, and he is recognized by the name “Lionheart”.

The school began scrubbing its grounds of his name after his guilty pleas on April 1.