Baby Sabi Star tips the scales at nearly 250lbs, but she sticks close to her mom for her first appearance before fans.
By Tiffanie Turnbull April 30, 2021
Facebook
Twitter
Linkedin
Email 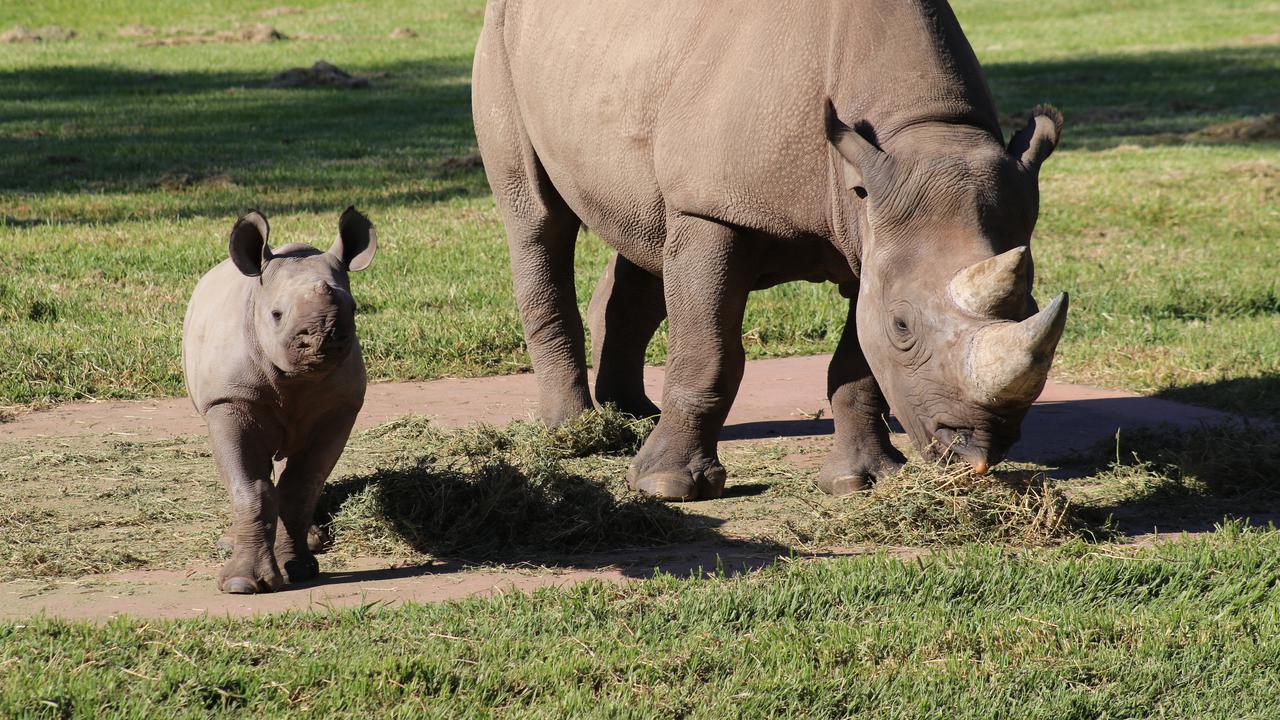 MONA VALE, Australia — A rare baby rhino has made her first appearance in front of excited onlookers at a western New South Wales zoo in Australia.

Already weighing in at more than 111 kilograms, Sabi Star has just begun trying to eat solid foods and has started mimicking her mum’s feeding on branches. 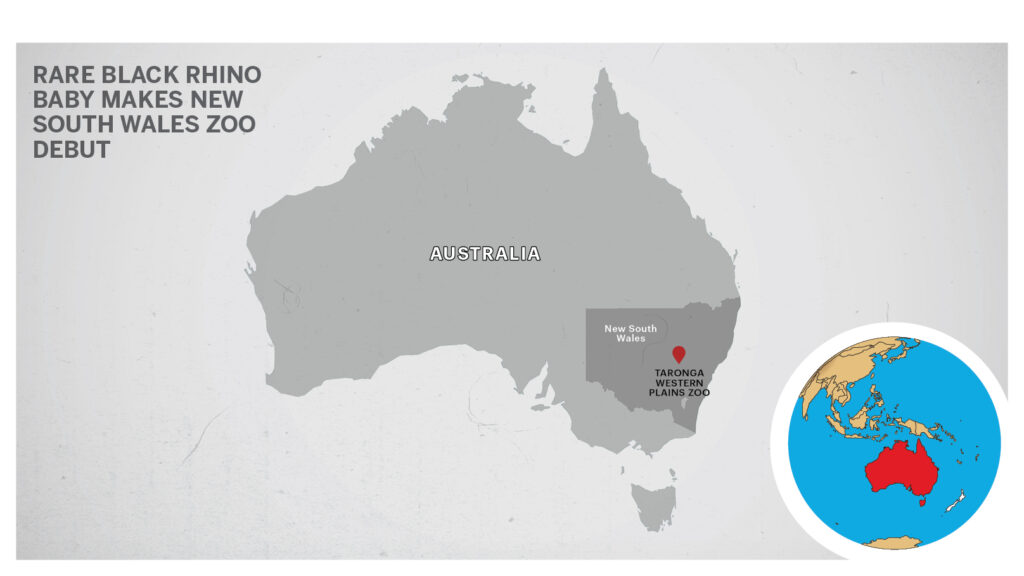 “This baby boom is fantastic for conservation and tourism, with 70 percent of visitors to Dubbo going specifically to visit the zoo,” Sartor said. “Visitors to Dubbo will also be able to see four Cheetah cubs, including two King Cheetah, believed to be two of only 60 King Cheetah in the world.”

“Sabi Star has been vigilant on the exhibit paddock and seemed to notice unfamiliar faces, sounds, and people when she first went out,” she said.

“She listened and watched intently but took comfort and direction from her experienced mum.”

Sabi Star is the latest calf in the conservation breeding program run by the zoo, which also funds conservation efforts for wild rhinos and other animals in countries like Africa, Indonesia, and India.

Black rhinos are critically endangered, with less than 6000 estimated to remain in the wild.

One of the locals tweeted, “Taronga Western Plains Zoo in Dubbo is celebrating the birth of a critically endangered black rhino calf, who is the last baby for her dad who died 2020.”

ZooBorns, an organization that looks after animals related to zoos in any way, released a YouTube video of Sabi playing with her mother and enjoying the time in the sun. It also tweeted about the young rhino ‘Black Rhino Calf Makes Public Debut At Taronga Western Plains Zoo Dubbo.’

“The little female rhino was born on 17 February to first-time mother Bakhita,” Sartor said.“It is the second generation born in the zoo’s breeding program.“It’s terrific that this baby Rhino has become available for public viewing in time for the school holidays.”