Brexit Changes Everything For UK Citizens Living In Spain 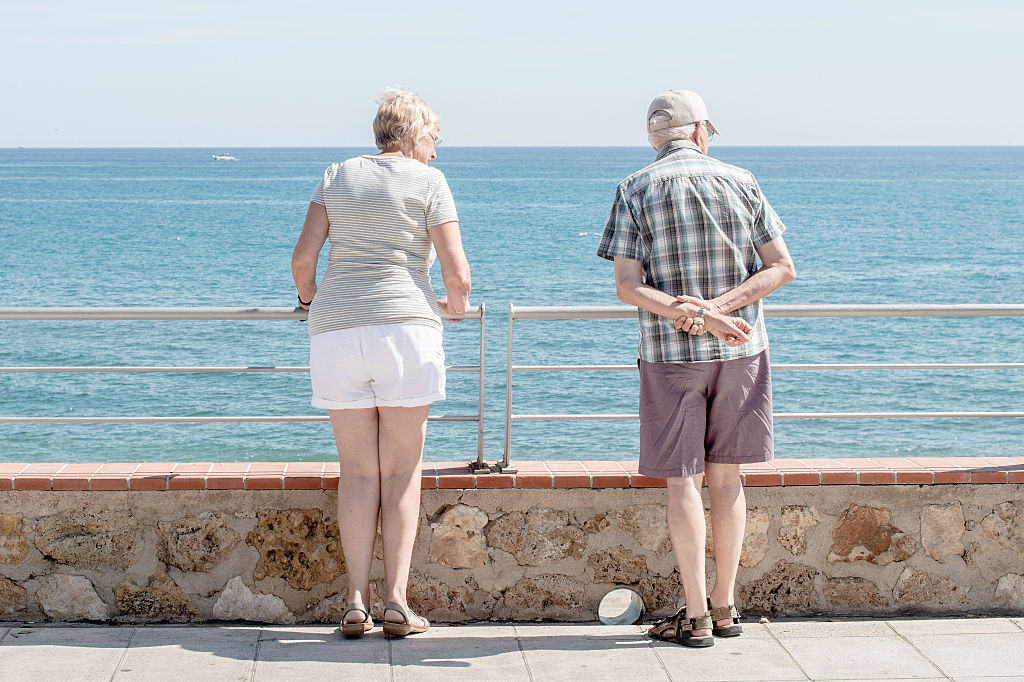 A couple enjoys the view from the promenade in Benalmadena, Spain. The country is among Europe's top destinations for British expats and retirees. (David Ramos/Getty Images)

SITGES, Spain — Like many other British citizens, Jonathan and Beverly Bignell started coming to Spain years ago on vacation. Eventually, they bought a holiday house and began to spend more time there than in the U.K.

Ultimately, due to Bexit, they decided to retire early and live in Spain full-time. They decided to apply for residency in Spain after the U.K. voted in 2016 to exit the European Union.

The Bignells timed their move well.

Now, there are many issues British expats confront if they want to stay in Spain longer than 90 days without residency. Even those who own a second home must have a residency permit to live there beyond three months.

There is also the Spanish Golden Visa program, which allows non-European citizens to apply for Spanish residency. The residency-by-investment program, established by the Spanish government in 2013, requires a minimum investment of  €500,000 ($603,000). It is a pathway to citizenship if the person lives in Spain for at least 10 years.

Another issue for expats is that driving with a U.K. license is illegal, Jonathan said. “You can’t drive a Spanish registered car with a U.K. license, so all these little things will eventually trip people up. If you got a U.K. plate car, you probably get stopped.”

Nicola Franks, a British citizen who lives in Sitges, a coastal town close to Barcelona in the Catalonia region, runs a real-estate company. She said that once Brexit was introduced, a lot of Brits stopped coming or decided not to buy property.

“Everybody said we don’t know what to do until they sort out Brexit. Then, of course, we have a long three years trying to sort [Brexit] out… which went on for four years, so all those people that were to buy didn’t buy,” said Franks. “A lot of Brits sold [their property] to go back [to the UK] because of the Brexit.”

Another issue for U.K. citizens now living without a residency permit in Spain: They are not on the country’s list for COVID-19 vaccinations. Also, those who don’t comply with the rules don’t have access to the public health-care system, and private health care in Spain is costly.

For those who like a taste of home, British foods are not arriving on time or not arriving at all in Spain. Products get held up in customs or are delayed due to red tape.

Susan Vessey, who works in a supermarket in Sitges that specializes in British products, said, “We had a lot of trouble getting things from the U.K. to here. We have one supplier in the U.K., we have four pallets full of things, like Easter eggs, they got impounded by Customs. We still haven’t got them, and that was before Easter, so things are complicated to get through now.”

Around 300,000 British citizens are registered as permanent residents in Spain.