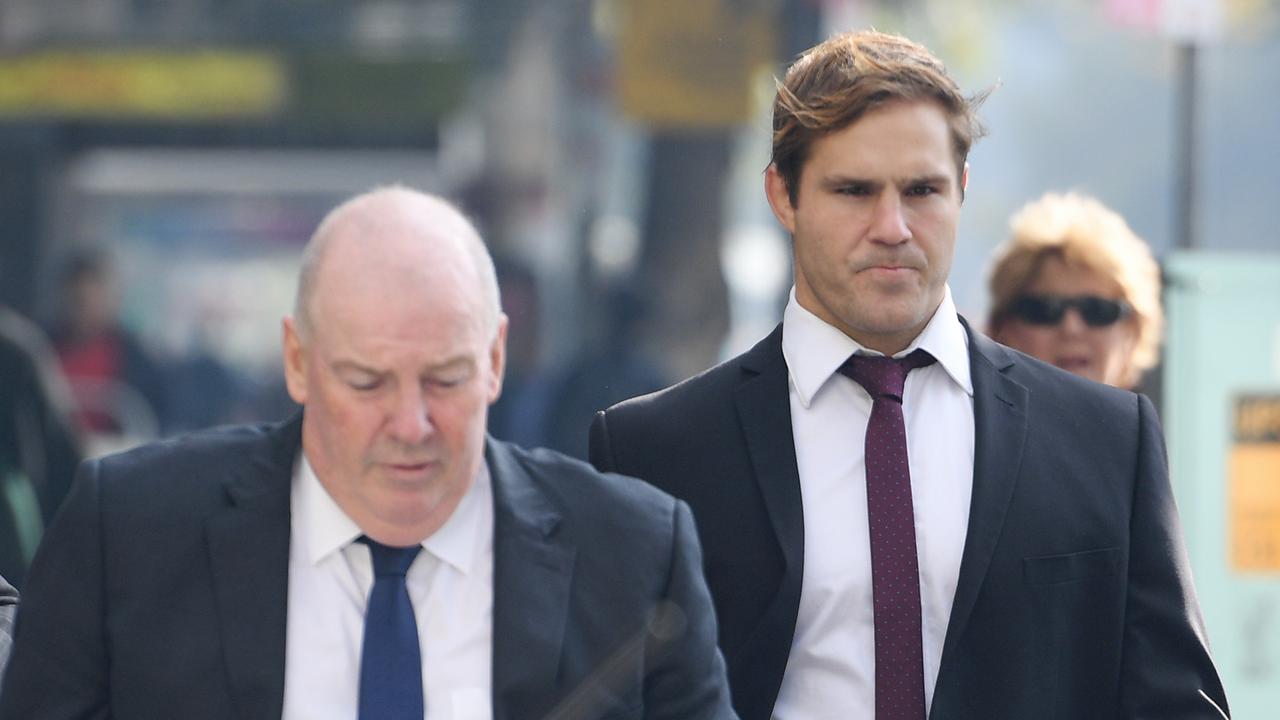 SYDNEY, Australia — The woman accusing the Australian rugby league footballer Jack de Belin of rape is the sort of person who takes a grain of fact then distorts, changes and molds it to tell a tale, the footballer’s lawyer said.

The St George Illawarra forward, 30, and his friend Callan Sinclair, 23, have both pleaded not guilty to multiple charges of aggravated sexual assault, saying their encounter with the then-19-year-old in a North Wollongong unit was consensual.

The woman was “inherently unreliable” about the night in December 2018, David Campbell Supreme Court told the Sydney jury hearing the pair’s retrial.

“This woman is the sort of person who takes a grain of fact and then molds it, changes it, distorts it, and uses it to tell a tale,” he said.

As per de Belin, his proposition “You, me and Cal?” to the woman on the dancefloor of a Wollongong bar was met with a wink and a smile once he confirmed he could keep a secret from his girlfriend.

The woman denied the conversation occurred.

After leaving the bar in the city’s Central Business District, the woman got into a bike taxi with de Belin and Sinclair and headed to the unit where she said she was attacked.

She jumped into the tuk-tuk under the belief they were heading to a nearby club Fever, the jury has heard.

But Campbell highlighted footage showing the woman seeing off friends who were walking to the club.

“It further shows she well knew something was on at that point, or else she would have gone with her friends and walked the short distance to Fever,” he said.

The Crown said evidence of the tuk-tuk rider Gary Poort about de Belin not giving a destination address was “entirely consistent” with the woman not knowing she was headed to the unit until arriving there.

The woman alleges she climbed a fence with the men and entered the unit to use the bathroom before being attacked by de Belin as she stood next to Sinclair in a bedroom.

She told the men to “stop” but then “just let it happen” and cried, she said.

The men deny observing any sign of non-consent, saying the woman was muttering “yes” and “enjoying” herself.

Troy Martin, who lived in the unit with de Belin’s cousin, said he woke to murmurs in the building and came across the woman naked on his housemate’s bed, de Belin also naked and standing foot of the bed, and Sinclair standing fully clothed nearby.

The woman had steadfastly denied any other person was in the unit, Campbell said.

“Her wrongness irrevocably undermines her case,” he said.

“Mr. Martin, you might think in the minds of these men, is in a position to hear, to come back, … to expose them.

“It just doesn’t make sense that anyone with a modicum of sense would engage in that conduct (rape) … because they run the inevitable risk of being caught.”

The Crown on Thursday told the jury gaps in the complainant’s “compelling” account were understandable.

“You might think that the focus of her attention on that night and what would be burnt in her memory is what happened in that room,” crown prosecutor David Scully said.

The accused men had “sprinkled” words and actions into their story “to turn the narrative into a false picture of a consensual sexual encounter,” he said.

“They just went too far, and it became inherently implausible,” he said.

The jury is expected to begin deliberating on May 3.