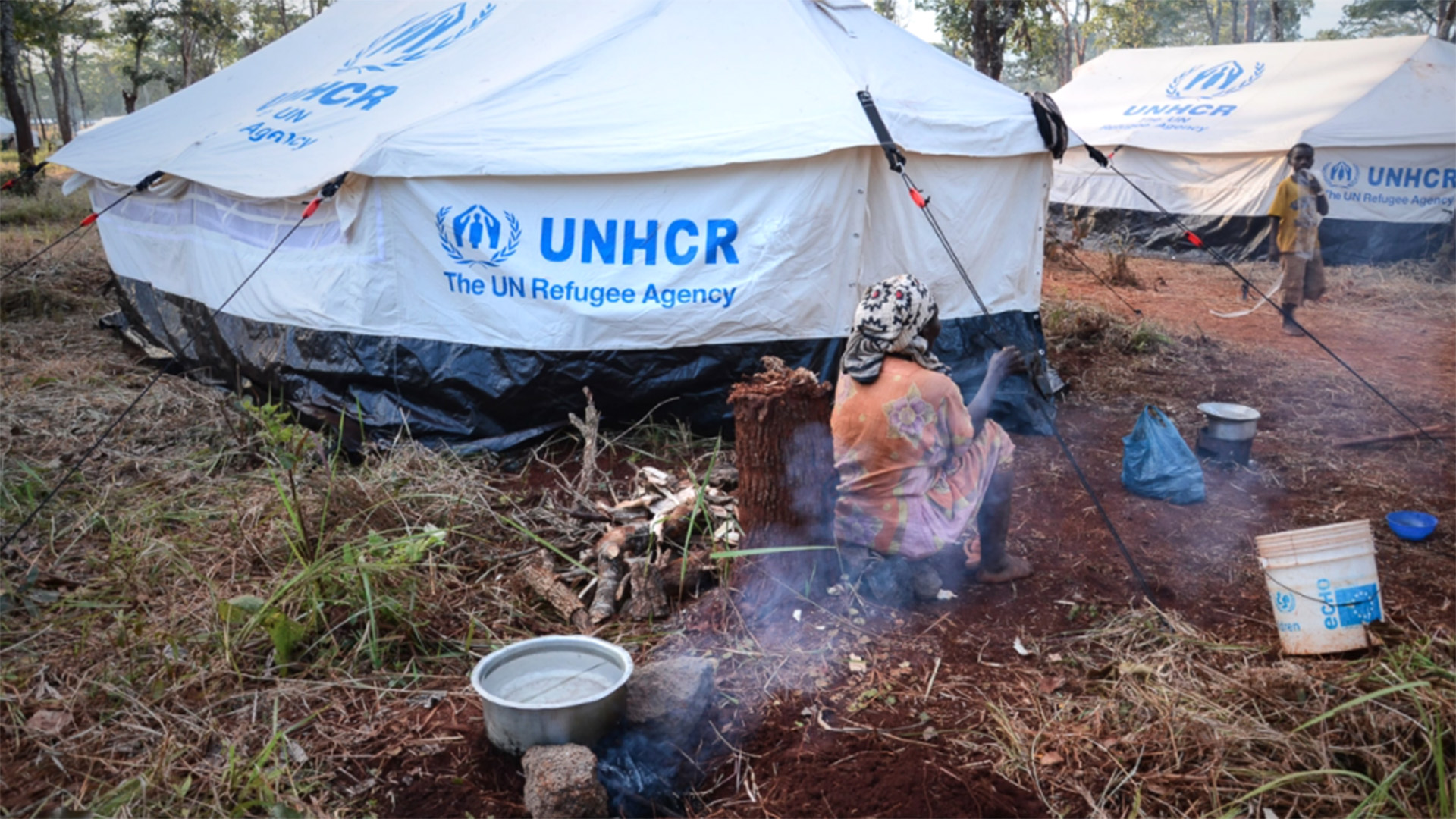 DAR ES SALAAM, Tanzania — Marie Nyabigira is a worried mother. For nearly two years now, she has not seen her 27-year-old son, Ramera.

He went out to work as a casual laborer on a farm near Mtendeli refugee camp in Kigoma, northwest Tanzania, on the morning of June 15, 2019, but never came back home.

“I remember it was a Saturday,” she told Zenger News. “He went out to work with his three friends, and none returned that evening. On Sunday, his friends were found in Mtendeli police station, but my son was not there.

“The police officers at the station told me they arrested only two refugees the previous night for walking without permits. But his friends told me they were arrested and interrogated separately before being locked up in different rooms at the camp.” 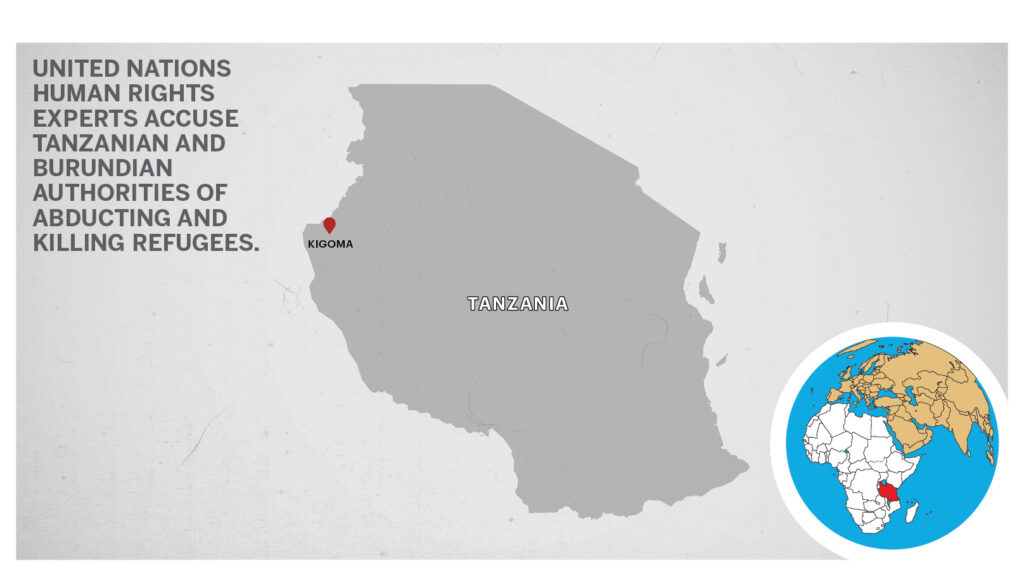 This camp and two others—Nyarugusu and Nduta, all in Kigoma—host nearly 145,000 refugees from Burundi who fled political turmoil in the country in 2015, according to the latest report by the United Nations High Commission for Refugees.

But recently, a group of United Nations human rights experts said the refugees, like Nyabigira, are not safe in these camps.

Burundian and Tanzanian police are forcing the refugees and political asylum seekers to go back to Burundi on the grounds that the country is now safe and peaceful after years of political strife, according to the experts.

“We are extremely alarmed by reports that some Burundian refugees have been killed after having been abducted by Tanzanian security forces,” the 12 experts said in a statement on April 13, 2021.

Since 2018, Tanzanian have been trying to close three camps in the Kigoma region. On several occasions, authorities in Dar es Salaam have said that Burundi is “safe” and “stable” for the refugees to return.

“In addition to the strict encampment policy imposed on them by the Government of Tanzania, Burundian refugees and asylum-seekers now live in fear of being abducted in the middle of the night by Tanzanian security forces and taken to an unknown location or being forcefully returned to Burundi,” said the United Nations human rights experts.

Officials in Tanzania declined to comment on the experts’ statement.

Burundi’s government spokesman Luc Rukingama denied that Bujumbura is involved in violating the human rights of its refugees.

“Nobody has been forced to come back,” the spokesperson told Zenger News.

“They do so at their will. Burundi only encourages its people to come back and build our country. Outsiders have the right to speak but not determine for us what to do,” he said about the experts’ statement.

Despite the denial, Nyabigira fears that Ramera might have fallen victim to the alleged strong-arm tactics of the Tanzanian and Burundian officials.

The human rights experts opine that Burundian spies masquerade as refugees in camps and collect information used by the authorities to harass and arrest asylum seekers.

Anita Nduimana, a Burundian asylum seeker and a refugees’ rights activist in Nyarugusu camp, told Zenger News they had seen “new” refugees in camps who stay for a few months then disappear.

“They are Burundian intelligence officers,” she said. “Immediately they leave, people who interacted with them also disappear,” she said. “I know a refugee who died near the Nduta camp after the person he was hosting returned home.”

Nduimana, a 39-year-old mother of three, fled her country in 2015 due to election-related violence and an attempted coup on former Burundi President Pierre Nkurunziza.

Tanzanian officials, through local leaders, have warned her to stop her activism for refugee rights.  “When I refuse, they take me to Kibondo police station in Kigoma and accuse me of being in Tanzania illegally.”

She fears being targeted by authorities if she goes back home, she told Zenger News.

The Burundian government has been pressing its refugees in Rwanda and Tanzania to return home.

The Burundian government is desperately trying to convince the international community that country has turned a new leaf after the death of Nkurunziza in June 2020, according to regional security analyst Collins Agweyu.

“The new President, Evariste Ndayishimiye, is trying to cut the image of a “new” Burundi on the international front,” Agweyu told Zenger News. “But the fact is that the country remains unsafe for political asylum seekers.”

Tanzania hosts the largest number of refugee and asylum seekers who fled Burundi in 2015 and has been holding talks with the Burundian government on a proper repatriation plan.

Human rights groups have, however, criticized the plan for being one-sided and harsh on the refugees.

In 2017, a repatriation exercise was undertaken by the United Nations High Commission for Refugees; Burundian and Tanzanian governments saw close to 100,000 refugees voluntarily returning to Burundi.

Since 1972, Tanzania has hosted thousands of refugees from its politically unstable neighbor, some of whom have acquired Tanzanian citizenship by naturalization while others voluntarily returned home.

But in recent times, Tanzania has increased pressure on the refugees to go back home.

In 2020, former Tanzanian President John Magufuli ordered the ministry of home affairs to stop the registration of naturalization of Burundian refugees and the immediate closure of camps.

In April 2020, Kigoma provincial authorities suspended all trading and farming activities in refugee camps because the camps are allegedly a threat to national security.

“The government has ordered for the suspension of all trading and farming activities in Mtendeli, Nyarugusu, and Nduta camps for security reasons,” Sudi Mwakibaki, the coordinator of refugee affairs in Kigoma region, said during an interview with Sibuka FM on April 4, 2020.

“We, however, urge refugees who would like to continue with farming to go back to their fertile and peaceful country to practice these economic activities.”

“There are some people taking advantage of being refugees to engage in crime,” he said on March 24, 2021, during a visit to the Negomano border post by Tanzanian officials to assess the situation of Mozambican refugees fleeing their country.

“They lack valid documents to be here, and they will be dealt with.”