Lawyers for five refugees have launched a legal case of false imprisonment for more than a year.
By Aaron Bunch April 29, 2021
Facebook
Twitter
Linkedin
Email 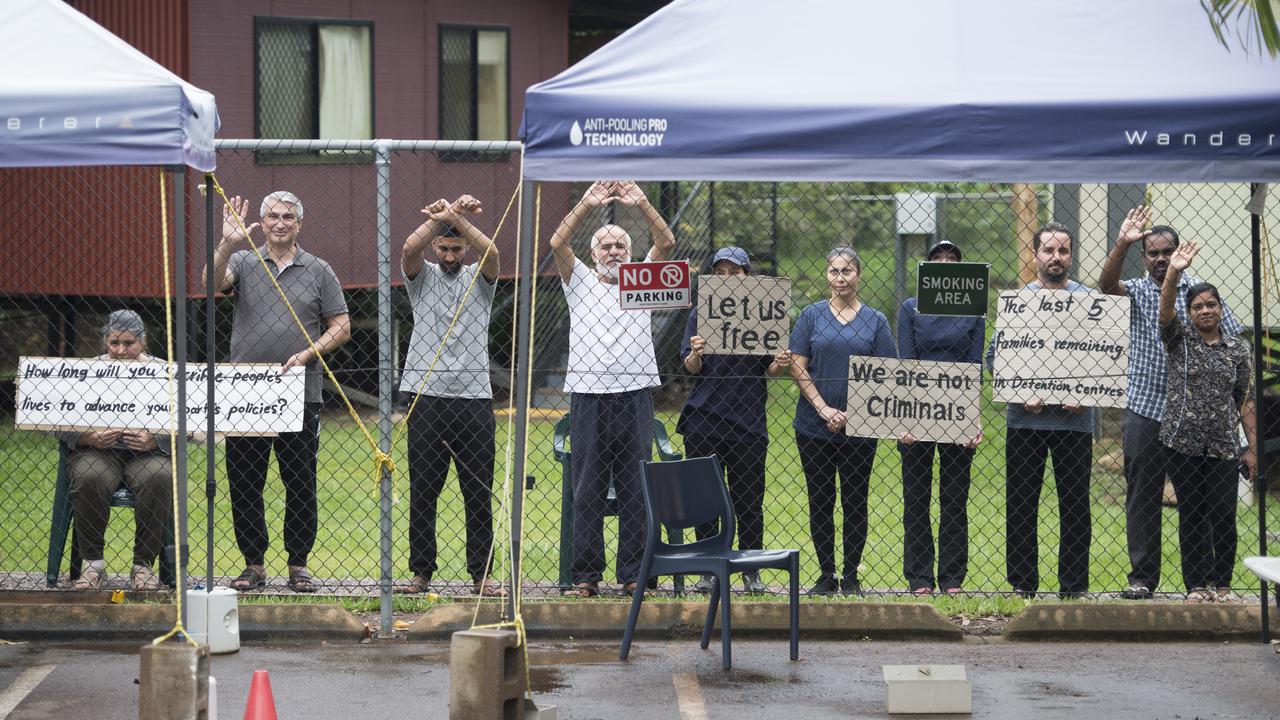 Five refugees detained in a Darwin hotel have launched a legal case against the federal government. (Aaron Bunch/AAP Image)

DARWIN, Australia — Five refugees detained in a Darwin hotel in Northern Territory, Australia, for more than a year are taking the federal government to court for false imprisonment and negligence after witnessing their friend self-immolate.

The two families have spent most of the time since on Nauru, a tiny island country located northeast of Australia, before being transferred to the Northern Territory in early 2020 for medical treatment they have never received.

“The Australian government has breached its duty of care both on Nauru and at the Mercure Hotel in Darwin,” lawyer John B Lawrence SC informed on April 28.

“They’re all now suffering serious mental and physical illness, none of which is being properly addressed.” 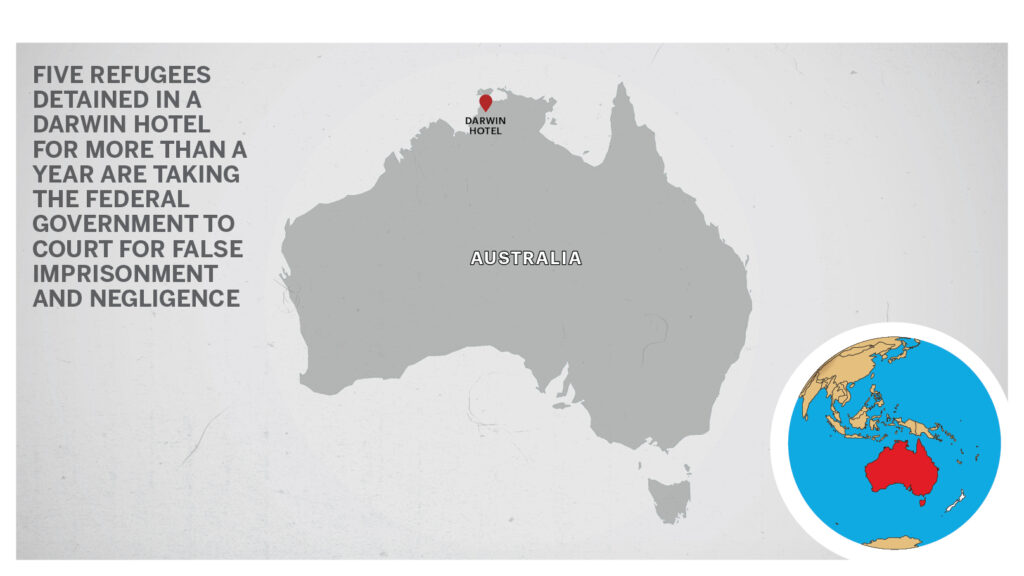 The case alleges the Commonwealth unlawfully detained the group after the Immigration Department processed their asylum claims and found them to be genuine refugees.

“This lawsuit is going to expose Australia and the world to the cruel conditions these innocent people are being subjected to,” Lawrence said.

This includes witnessing their close friend Omid Masoumali, 24, set himself alight in front of United Nations officials in 2016.

It took 31 hours for the Australian government to evacuate the badly burned man to a Brisbane hospital, where he later died.

“This is how tired we are, this action will prove how exhausted we are. I cannot take it anymore,” a 2019 coronial inquest into Masoumali’s death heard he said while pouring petrol over himself.

“We lived in moldy, hot and humid tents on that island. We saw rapes and the suicides of our friends, and due to lack of free media, nobody could hear our voice and how we suffered,” Ghodsi said.

“The Australian government has mentally tortured us in detention and limbo for eight years.

“All my husband and I want is for this inhumanity to end and to live freely.”

Since arriving from Nauru, Ghodsi and the group have lived in transportable huts at the back of the Darwin Airport Mercure behind wire fences patrolled by security guards.

The hotel chain provides the majority of their meals — which arrive in plastic takeaway containers — and the families share single rooms with bunk beds.

They have received some medical care since arriving but the critical conditions they came for haven’t been properly addressed, friend and supporter Tanya McIntyre said.

“More harm is being done than good. They haven’t had the surgery they came for, and they’re actually becoming sicker than their mental health deteriorates,” she said.

Co-legal counsel Greg Phelps said the government had lost all moral authority due to its continued mistreatment of the group.

“The only reason these kindly, educated people are being detained in these appalling conditions is that our government wants to send the message: don’t come by boat,” he said.

The cases for the families were filed in the Federal Court, along with an application for an expedited hearing.