Creative imagery complements the appearance of one of three supermoons in 2021.
By Feza April 29, 2021
Facebook
Twitter
Linkedin
Email 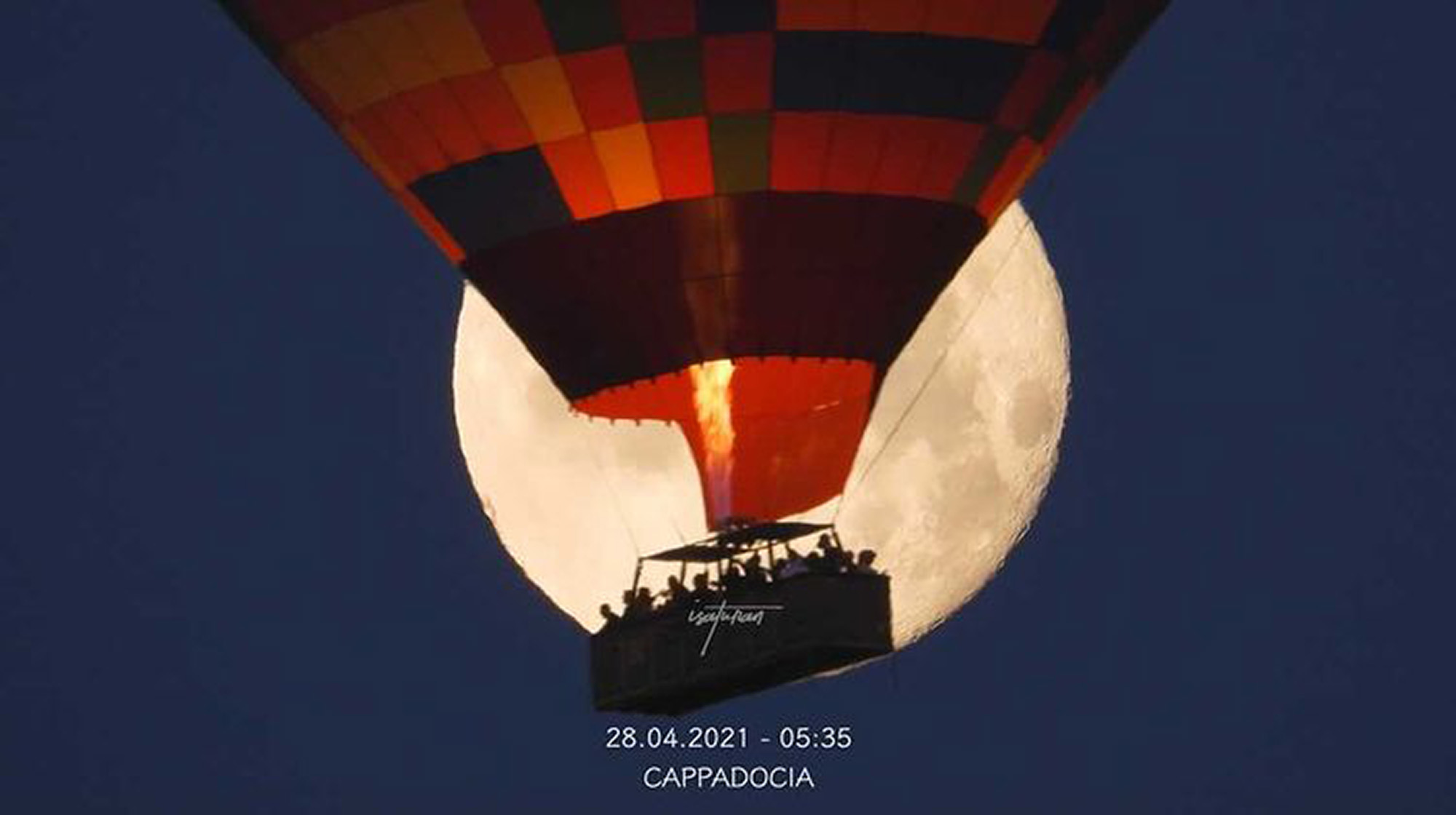 The pink moon, artistically captured by amateur photographer Isa Turan as a hot-air balloon flies by in Cappadocia, Turkey, on April 27. (Isa Turan/@jesus_tr/Newsflash)

These striking images of a hot-air balloon and a mountain in front of a pink moon were taken by Isa Turan, an amateur photographer and drone pilot in Turkey.

The pink moon, known as a supermoon, dazzled night skies in the Atlantic Daylight Saving time zone on April 26, when the moon appeared bigger and brighter than usual. It was seen the next night across Africa, Europe, Asia and Australia to the International Date Line.

It also had a particular hue at dawn and dusk. The moon actually appears golden, not pink.

Experts at the Royal Observatory Greenwich in London said the moon appeared around 14 percent bigger and 30 percent brighter than usual.

The Maine Farmer’s Almanac began publishing Native American moon names for the months of the year In the 1930s. The pink moon is named after the herb moss pink, one of the earliest widespread flowers of spring.

Turan specializes in taking photos of the moon. He asked his online followers what he should shoot in advance of this lunar spectacle, one of three supermoons expected this year.

Since the subject was the pink moon, images of a hot-air balloon and flamingos stood out the most for his audience.

On the first day it was cloudy and unproductive, but his perseverance paid off. He was later able to capture spectacular images of flamingos in front of the moon, as well as a hot-air balloon flying by, and the moon passing behind a mountain.

“I was really surprised when all worked out,” he said. “You can hear my screams of joy reflected in the recording of the video I took with my mobile phone.”

Supermoons will appear on April 27, May 26 and June 24, with the May 26 full moon counting as the year’s biggest.