Kenya is the latest African country to reject continued usage of expired Covid-19 doses, amidst a shortage. 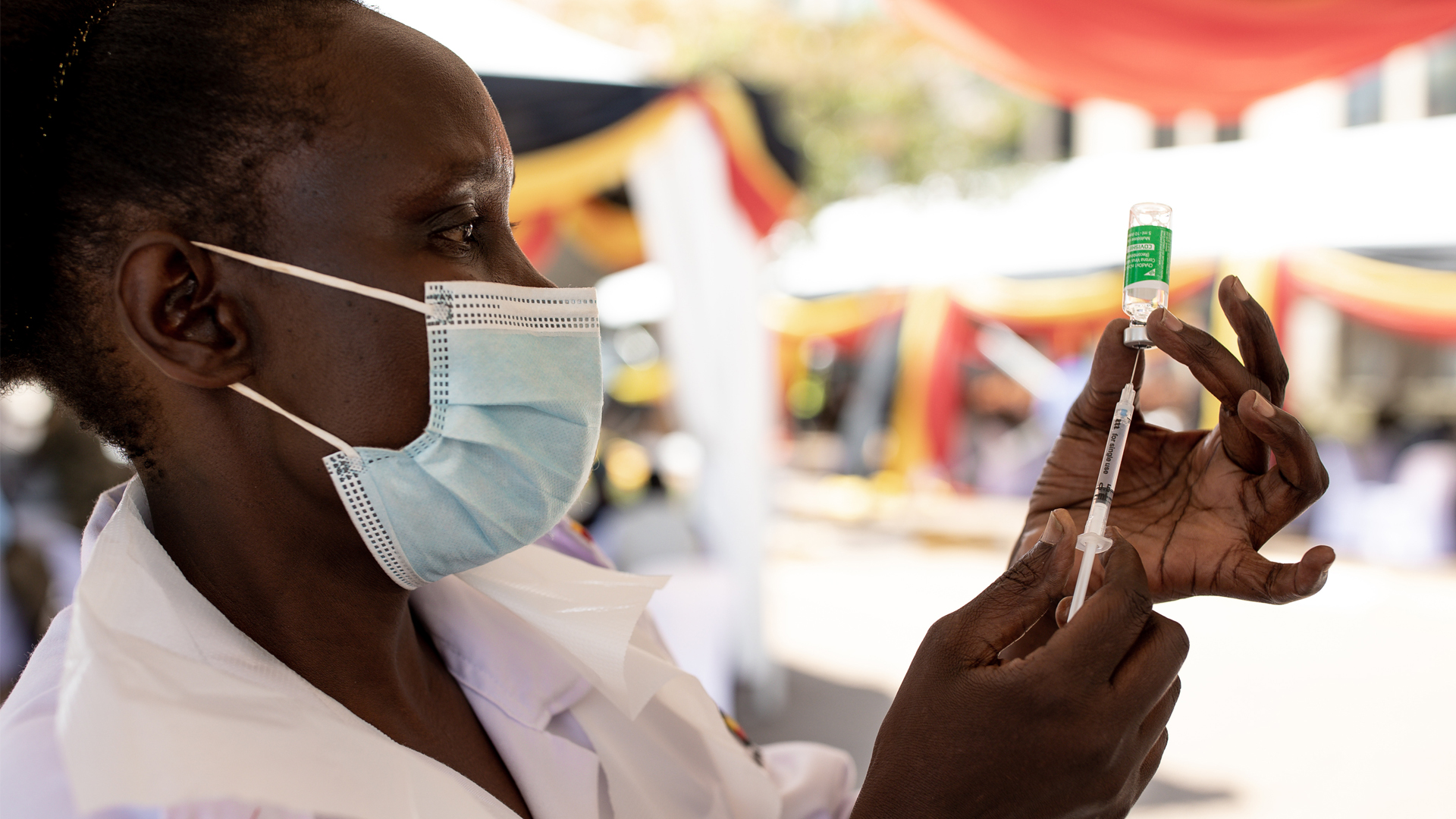 NAIROBI, Kenya — Kenya is the latest African country to reject advice by the World Health Organization and the Africa Centers for Disease Control and Prevention not to destroy expired Covid-19 vaccines amidst a biting shortage of doses in the continent.

Kenya, which has inoculated more than one million people since it received its first batch of Oxford-AstraZeneca vaccine on March 6, said no expired doses would be administered in the country.

“Our priority is the health and safety of all Kenyans who receive the free jab,” said Willis Solomon Akhwale, the chairperson of the National Taskforce on Vaccine Deployment and Vaccinations in Kenya.

“We cannot risk anyone’s life with the expired vaccine, and in the event, we get any that is expired, we will destroy it openly,” he said.  The current batch of doses in the country will expire in July.

Kenya expects to receive 24 million doses of the vaccines through the Covid-19 Vaccines Global Access facility. The doses will cover 30 percent of Kenya’s population of 47.6 million.

But the production of the vaccines has run into headwinds after a severe second wave of the disease hit India, where some doses are being manufactured, meaning African countries might have to wait longer to receive their orders. 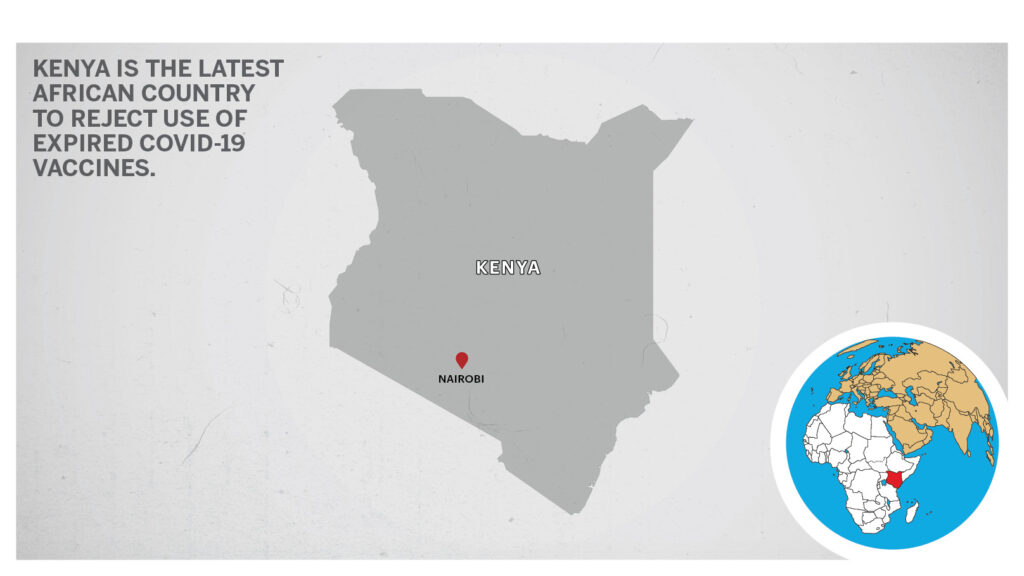 “My understanding is that the expiry date could be several months longer than had initially been envisaged,” she said in a media briefing last week. “But we will look for the definitive information.”

While attempting to allay fears about the safety of the expired doses, John Nkengasong, the director of the Africa Centre for Disease Control and Prevention, said that the vaccines donated to most African countries could be used until July 13, 2021.

“The vaccines can still be used even after nine months,” said Nkengasong during a news conference on April 22. But most African countries are skeptical.

Kenya joins other African countries, such as Malawi, South Sudan, and Uganda, in rejecting advice on expired doses. Ghana and Sierra Leone have also not used all their vaccines due to their expiry dates, according to the World Health Organization.

A fortnight ago, Malawi set aside and intends to dispose of more than 16,000 doses of Oxford-AstraZeneca vaccines which reached their use-by date on April 13. They were part of 102,000 doses donated by the African Union in March.

The Southern Africa nation has received 530,000 doses of Oxford-AstraZeneca vaccine donated through the Covid-19 Vaccines Global Access program, the Indian government, and the African Union. However, only a half of it has been administered to the masses.

In Malawi, sluggishness in vaccination is blamed on the low turnout of the people to receive the jab. “We are urging our people to come out and get vaccinated,” Dorothy Ngoma, a nurse at Blantyre Adventist Hospital, in the capital, Blantyre, told Zenger News.

Health officers are among over 1,000 people who have died of Covid-19 complications in Malawi. After the destruction of the expired vials, a section of Malawians expressed mistrust in the ongoing inoculation process, some citing fears of blood clots and other related health complications.

“Most of us fear taking these injections because we have heard many negative stories about it,” Adams Mbale, a human rights activist in Blantyre, told Zenger News. He said that the immunization process could be damaged further by the swirling rumors around the expired doses.

“People are worried, especially those who have already been vaccinated. They do not know if the doses they were injected with had expired or not,” he said.

Despite vows by African nations to throw away the expired doses, only South Sudan, so far, has acted by getting rid of more than 59,000 doses of the vaccines a week ago.

The country cited possible health complications the discarded doses could have on people, for its decision. “We cannot gamble with the lives of our people,” Richard Lako, the incident manager for Covid-19 operations at the South Sudan health ministry, told Zenger News.

With an estimated population of over 12 million people, South Sudan has vaccinated less than 3 percent of its entire population, mainly the medical staff and government officials, according to Lako.

The widespread rumors of the vaccines’ side effects, such as blood clotting, are to blame for the low uptake of the vaccines in South Sudan, he said.

In Uganda, it is estimated that more than 280,000 doses of Covid-19 vaccines could expire because of the low turnout of people to get the free jab.

Alfred Driwale, the Uganda National Expanded Program on Immunization program manager, said that Africa Centers for Disease Control and Prevention should take back any expired vaccine and provide fresh ones to the affected countries.

“The current vaccines that we have in Uganda will expire in July,” he said. “Once they expire, we will destroy them, or give them back to the Africa CDC, if we shall not have met our inoculation target.”

Most African countries have weak healthcare systems and are struggling with the storage of vaccines.

Frequent blackouts and lack of modern storage facilities mean many hospitals in the continent cannot handle the vaccines required to be stored in low temperatures.

The poor infrastructure in the continent which hampers quick movement for immunization exercises is another challenge.