With extensive family ties to the genre, artist returns to the music scene with cleaner verses but same vibe. 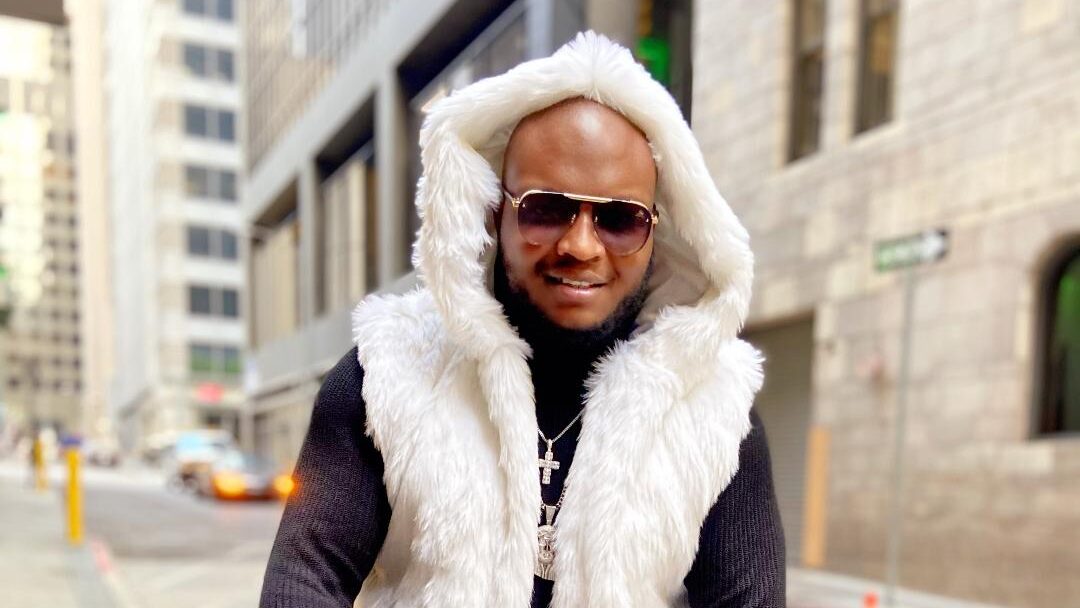 To reach a wider audience, Young Miller Tha Don is keeping cuss words out of his lyrics. (Photo courtesy Robby)

Young Miller Tha Don tasted music success early. As a teenager, he was part of Romeo’s Rich Boyz group. Romeo, the son of Master P and cousin of Young Miller Tha Don, formed the group that produced the hit “You Can’t Shine Like Me.”

Master P’s influence took Young Miller Tha Don from New Orleans to California, where he’s working to keep the legacy going. After taking a break in 2020 due to COVID-19 (including losing his father to the coronavirus), Young Miller Tha Don is ready to provide his fans with the sound they have grown accustomed to. But his new sounds are different, as he has removed all profanity from his music in order to appeal to a wider audience.

Using the experiences gained by being in a musical family and learning the rap game from every aspect, he feels now is the time to strike. He will be releasing a new single, “Easy Flow,” in the coming weeks and plans to drop the visuals shortly afterward. He’s also planning to have a full album by the end of the year.

During a recent conversation with Zenger News, Young Miller Tha Don expands on why he took a break from music, explains why he expunged explicit language from his verses and talks about Master P’s influence on his career.

Zenger: It looks like you’re getting back to the music. What kept you away?

Young Miller Tha Don: Definitely getting back to the music. It was COVID-19-related, including losing my dad in April of last year from COVID, so that kind of put a stop to everything. I just wanted chill out and get my mind right. Now I’m ready to get back into it.

Zenger: How did the success that you enjoyed at a very young age being with the Rich Boyz impact your career and your approach?

Young Miller Tha Don: I use it as fuel to move forward. Everything I soaked up being around my relatives; you know they are pioneers in the game, so I’m just using that as fuel to keep going. Everybody looks at me as the boss, so I gotta keep it going and show them how to get it going.

Zenger: You come from a musical family, Master P is your uncle, Romeo is your cousin. Obviously we know the Miller family well. What experiences did you gain being around them and entering their field?

Young Miller Tha Don: I got a lot of experience on the business side, the studio side, the video production side, photo shoots, clothing … you name it. I learned a lot and everything that I learned at a young age, I’m applying that to what I’m doing now.

Zenger: What took you from New Orleans to California?

Young Miller Tha Don: In 2000, I had moved with [Master] P to Houston, and he was telling my mom [that] the next year he was going to move to Cali because that’s where all his business was at, and he didn’t wanna just keep flying back and forth from Cali to Texas. So in 2001 we moved to Beverly Hills, and I’ve been there ever since. It was a humbling experience coming from New Orleans and moving to Beverly Hills. That’s why some of my people call me “The Real Fresh Prince” — instead of Bel-Air, I’m the “Fresh Prince of Beverly Hills.”

Zenger: Was it difficult to adjust?

Young Miller Tha Don: I kind of struggled going into it. Because you know in New Orleans, we like to crack jokes. I was doing that with the kids, they were sensitive and crying and all this. I just had to learn their culture. It was a great experience because some of those kids I was going to school with, their parents were big dogs, doing big things. I went to school with Nicholas Cage’s son and James Worthy’s daughters. I went to school with a lot of people’s kids, and just started building relationships with them. I still have relationships with some of those kids today.

Zenger: Given the fact that you have been in the industry for so long, you have witnessed the transitions in music from tapes, to CDs to streaming. What has that adjustment been like for you?

Young Miller Tha Don: P always told me, if you’re a hustler, you can adapt to any environment. I just had to figure it all out and get the streaming going. I do good with my streaming, so I just had to map it out, market stuff and plan. Get with my team and just treat the internet like the streets now. They used to have the street teams go out; now you have to go out and do that on the internet.

Zenger: Who were some of your musical influences growing up?

Young Miller Tha Don: I was heavy on Jay-Z, B.I.G. Pac, Nas, of course my family, Fat Joe, Big Pun. I listened to a lot of that.

Young Miller Tha Don: Yeah, I definitely listened to a hell of a lot of that music growing up, bro.

Zenger: What can we expect from you musically?

Young Miller Tha Don: My vibe right now, I stopped cussing in my music, but I’m still talking that talk. I’m just challenging myself not to cuss and use more words, so my music can be played anywhere. But I’m bringing that good party music. I like to make records for the ladies, the R&B music, hip-hop records. That’s kind of my lane that I’m staying in.

Zenger: What prompted you taking profanity out of your lyrics? Was it just a matter of the radio being able to play it freely or something else as well?

Young Miller Tha Don: It was a combination of things. One day I was playing my music for these people and a little kid said the word that I said, and I was like, “Oh nah!” And then another reason, when you listen to music on the radio for those that still listen to the radio, I don’t want my voice to be distorted for every cuss word or to have entire blurred out lines. I just challenged myself not to cuss, and I’ve been doing that for like two years now, and it’s been working for me.

Zenger: That’s a major change and adjustment to pull off at this stage of your career, so the fact that it’s working for you says a lot about you as an artist. That’s big time.

Young Miller Tha Don: Yeah man, and a lot of people book me for that. I get a lot of gigs because of that, because some people don’t want to hear all of that. We are in a very sensitive era. So, calling women out and stuff like that don’t necessarily fly like that anymore. So, I’m just glad I made that change and people still vibin’ with it. And I’m not saying the ‘N’ word because I’m trying to break that barrier too.

Zenger: When can we expect a single from you?

Young Miller Tha Don: Man, I’m getting ready to drop my single, “Easy Flow,” and a video right behind it very soon, and then the follow-up will be right behind that. I’m just about to start dropping work consistently every month or every other month. Just drop a song, a video, and then I’m going to put out a full body of work around November.

Zenger: Sounds the key for you right now is to live in the studio.

Young Miller Tha Don: I feel like, if you make a crazy record and everybody is vibin’ to it, that should be your motivation to go back in the studio and make an even crazier record. So that’s how I do it. I just made a crazy record. Everybody on my team is feeling it and other people in the industry who I sent it to, they feel like this is going to be that one. But to answer your question, staying in the studio is key because you have to keep the music going. You can’t run out of product when it comes to that music. You gotta keep dropping consistently. Give the people what they want. Music is different now. There are rappers born every day now. You have to keep being hot and winning.

Zenger: We lost a great one earlier this month with the death of DMX. Before I let you go, I wanted to give you the opportunity to speak on “The Dog.”

Young Miller Tha Don: That’s who I forgot to mention when you asked me earlier who I listened to. Definitely was a DMX fan. What he meant to the game was a lot. His unique style, his raw gutta flow — and he had the capability to jump from rapping to acting. We took a major loss. God bless X and his entire family, friends and fans. X would want everybody to keep his same energy going.

Zenger: I appreciate the time, is there anything else you want to add?

Young Miller The Don: World Fusion LLC is my label and DMG is my partner label. I want all the artists to keep going hard out there and keep pushing because eventually I’m going to want to sign some of them. That’s what me and my family are about, giving back and giving opportunities to the people that want to do it.