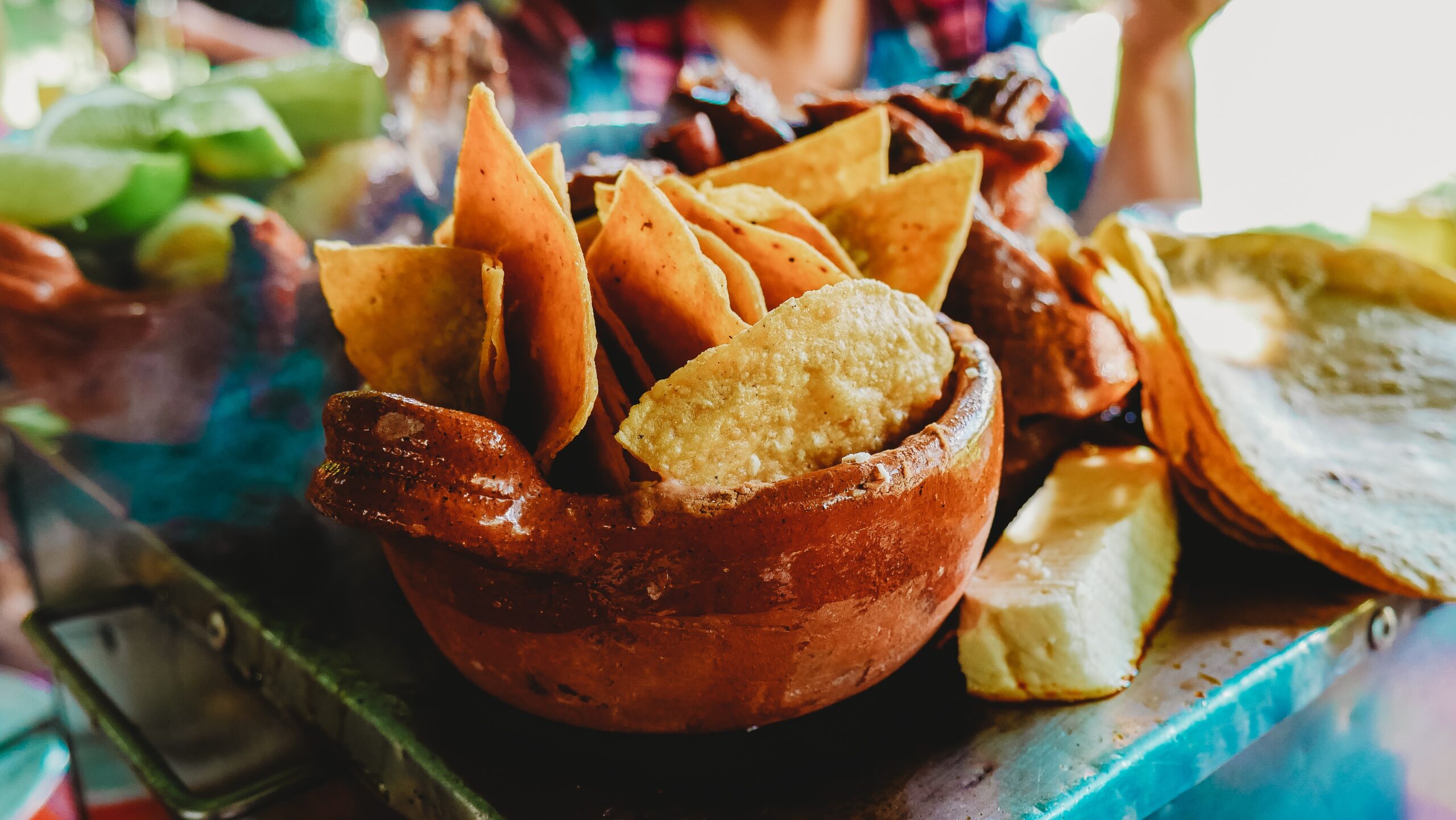 Most Mexican restaurants in the United States serve tortilla chips as an appetizer. (Roberto Carlos Roman/Unsplash)

Tortilla chips, doraditas or totopos? What’s the “real” name of the corn-based snack?

While Mexicans feel most comfortable naming them totopos, Costa Ricans call them doraditas and Americans, tortilla chips. But while they disagree on what to call them, almost everyone agrees such chips add a nice crunch factor to snacking.

Tortilla chips are bits of corn tortillas cooked indirectly over the fire. Nowadays, people fry them until they acquire a crunchy texture.

Toasted chips date back to pre-Hispanic times. Their name in Nahuatl — the language of the Aztecs — is ‘totopochtli,’ which means to brown or toast, which is why they are called totopos in Mexico.

The tradition of frying food arrived in the continent with the colonizers. So, fried tortilla chips came to be centuries later.

“I would dare to say that tortilla chips are a contribution of Mexico to the world,” said Fernando Larrazábal, a gastronomy graduate from the Mexican University. “Such chips did cross borders and mutate in each country … But in essence, the chip will always be the chip, even if it goes by a different name.”

Although most Mexicans’ prefer triangular ones, tortilla chips can come in different sizes and shapes: circular, rectangular, irregular and more.

“Chips pair with everything: a snack, guacamole, but also traditional stews or a plate of beans sprinkled with cheese,” Larrazábal said.

Cooks in the United States use them as the main ingredient in nachos, a traditional snack of Tex-Mex cuisine. Mexicans also use totopos as the base of traditional dishes, such as chilaquiles or pozole.

Commercial brands do not miss the opportunity of profiting from their popularity. But commercial chips “are never going to replace the homemade ones, made by hand,” Larrazábal said.

A traditional method for making your own tortilla chips

“First dry the tortilla in the sun,” said Rosa Ignacia Velasco, a pensioner in Veracruz. “Once you have a cacala [dry tortilla], break it, and then fry the pieces.”

In addition to the previously mentioned chilaquiles or pozole, the chips are tasty with pipián [peanut and pepper sauce] or a roasted chicken, said Velasco. “Everything depends on what each person likes.”