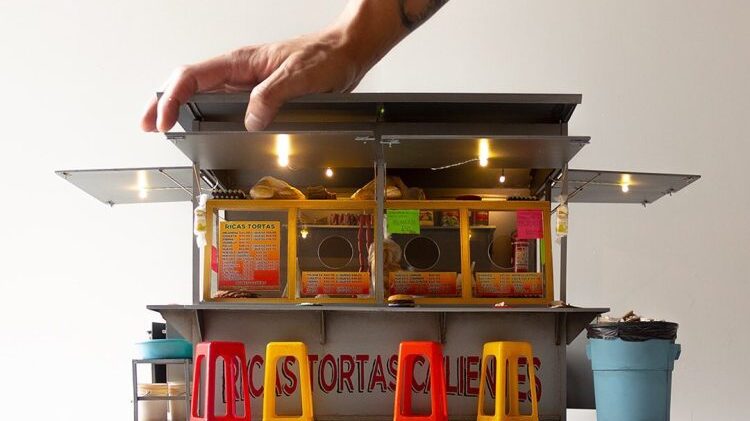 For some people, the isolation caused by the pandemic has had a bright side. By adapting to circumstances, entrepreneurs and artists have found new forms of expression.

One such person is Yosafat Delgado, who began creating miniature art in recent months.

“I studied graphic design, and in pre-COVID-19 times I used to build and design cinema sets,” said Delgado. “Suddenly, the pandemic put a stop to my daily routine, and I had to adapt, and so my miniature art was born. I did not imagine that it would attract so much attention and that I would receive so many messages of encouragement, asking me to continue.”

Delgado recreates aspects of Mexico’s daily life and designs his art with particular attention to detail and realism, from magazine stands and garbage cans to torta stands and mayonnaise jars.

“I posted my art’s first thumbnails on Reddit, and they were remarkably successful. It went viral. That is why I decided to share it on other networks,” said the artist. “I seek to portray Mexican culture with tortas, bowling shoes, camoteros [carts selling sweet potatoes], bread vendors on bicycles, etc. I also made a video to show how I do my art.”

His art’s realism is not easy to make.

“It has its level of difficulty, making miniatures out of real-life objects, taking care of the thickness and measurements. Various techniques, such as architecture, converge here, as well as the various tools that I use, mainly a simple 3D printer for making particular objects,” said Delgado.

Carpentry, smithing, and painting are other techniques used by this Mexican artist, who recently received an invitation from Mexico City Mayor of Gustavo A. Madero to mount an exhibition there.

“I gratefully took that invitation, yet I would prefer for this pandemic to be over so that I could mount a bigger exhibition, with more pieces than what I have at the moment, so that many more people can come and enjoy. After all, I do not make my art for me alone, but for people to appreciate it outside social media,” he said.

Delgado’s meticulous work with miniature art has also sparked the interest of collectors who have contacted him in hopes of buying one of his pieces. But for now, at least, they are not for sale, he said.

“I If I were to sell any one of them, I would have to later borrow them from their owners for an exhibition. However, I am open to exploring that option after carrying out an exhibition,” said the artist.

Delgado’s creations can be seen on his Instagram account, @soy_yosa, while videos of him making the pieces are on his YouTube channel, Soy_Yosa. It is through these mediums that he will detail his future projects.