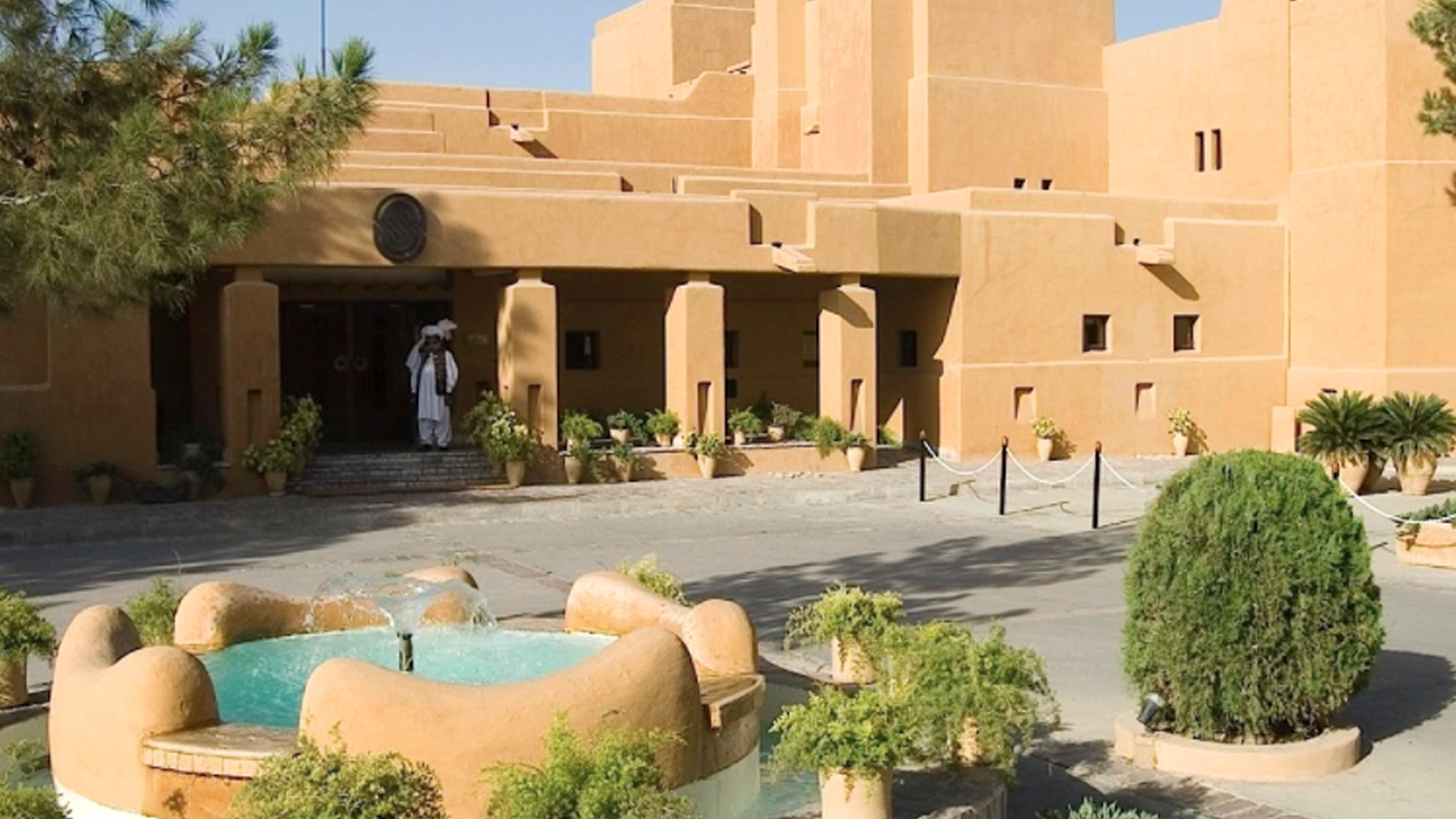 The Tehrik-i-Taliban Pakistan has claimed responsibility for the attack on the Serena Hotel in Quetta. (Serena Hotels)

LAHORE, Pakistan — At least five people were killed and 12 injured in a car bombing targeting the most luxurious hotel in Quetta, the capital of Pakistan’s volatile province of Balochistan, on April 22. The Tehrik–i-Taliban Pakistan has claimed responsibility for the attack on the Serena Hotel, where the Chinese ambassador Nong Rong was staying.

China was quick to condemn the bombing. The Chinese embassy offered “condolences to the unfortunate victims and sympathy to the injured” in a statement. While the ambassador wasn’t present at the hotel at the time of the attack, security officials fear he might have been the target.

Balochistan, a hub of militancy since Pakistan’s partition, has witnessed a growing insurgency over the past two decades, in line with the U.S.-led war on terror in the region.

The Pakistan Army’s latest spree in operations surrounding the 2006 killing of tribal leader Akbar Bugti has further fanned a Baloch nationalist struggle against the state. 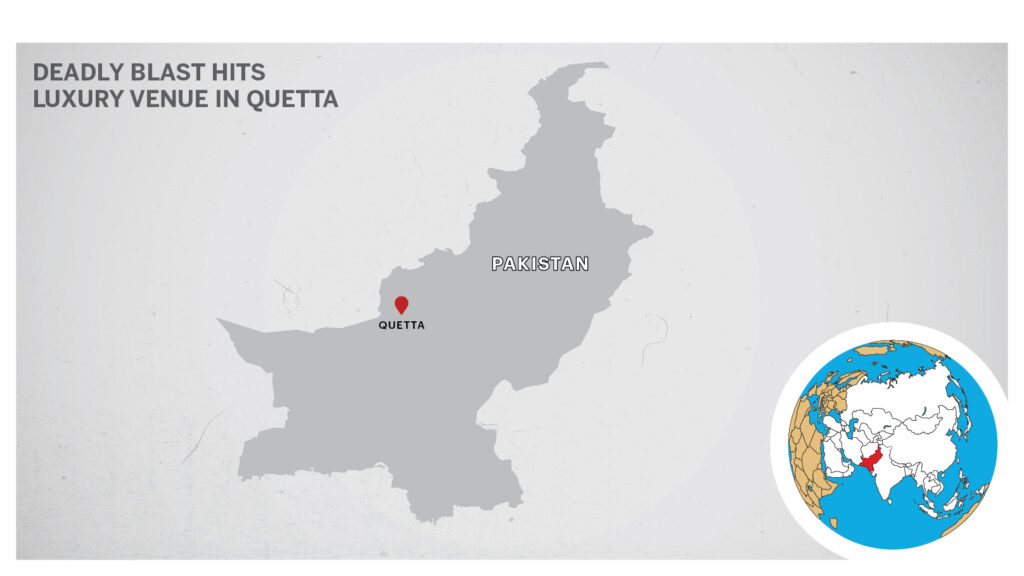 The latest wave of Baloch separatist militancy uses decades-old grievances of the local population, accusing the state of misappropriating the province’s natural resources. Balochistan’s mineral wealth alone is valued at $50 trillion, according to the ‘Geological Survey of Pakistan’.

Balochistan also has geostrategic value for Pakistan, with the province bordering Afghanistan and Iran and the Gwadar Port offering access to the Arabian Sea.

In recent years, the port has become an important outlet for China’s Belt And Road initiative, with the China Pakistan Economic Corridor (CPEC)—Bejing’s highest overseas investment valued at $87 billion—connecting Xinjiang and Balochistan through a network of roads and industrial development.

Before Taliban’s claim of the Quetta bombing, many assumed the separatist terror outfit Balochistan Liberation Army might have been behind the attack.

The Balochistan Liberation Army, which views the Chinese investment in Balochistan as a neo-colonial venture jointly undertaken by Islamabad and Beijing, has orchestrated many raids aimed at the CPEC.

In addition to multiple attacks on security personnel deployed in Balochistan, the group murdered 10 laborers from Sindh in a 2017 motorbike raid at Gwadar, a city with a heavy military presence. The group killed four in a gun attack on the Chinese consulate in Karachi in 2018.

The next year, they targeted Gwadar’s luxurious Zaver Pearl Continental Hotel. They later said they chose the hotel as it was a centerpiece of the multi-billion-dollar CPEC project and wanted to target Chinese and other investors. The Balochistan Liberation Army also attempted to hold the Pakistan Stock Exchange hostage last year.

“The local Baloch are concerned that since the signatory is the federation, the CPEC will only benefit the center and not them,” Quetta-based human rights activist Jalila Haider told Zenger News.

“The separatists say the agreement is null and void because they believe it’s our land and no one can make any agreements here. They are also apprehensive about [growing] Chinese presence altering the Baloch demography and culture.”

At least 47,000 Baloch are missing according to the Human Rights Commission of Pakistan, with the growing missing persons list aggravating the discontent among the Baloch.

Meanwhile, the Taliban’s claims on the Serena Hotel bombing have further reaffirmed the rise of jihadist groups like the Taliban and Islamic State along the Af-Pak border, with many attributing their resurgence to the dynamics of the ongoing Afghanistan peace negotiations.

“This is the blowback from the Afghan peace process, which has a direct impact on Quetta. The bombing has delivered a message [from the Taliban] that they still exist, and are still strong, showing that they can now target even the securest places,” said Haider.

They have targeted the Quetta Hospital in 2016, the Bethel Memorial Methodist Church in December 2017, and the Mastung election rally in 2018 — the second deadliest attack in the country’s history. The Islamic State and Jamaat-ul-Ahrar claimed the suicide bombing at the Quetta mosque that killed 15 in January last year. In January, Islamic State claimed the Machh attack, killing 11 Hazara miners.

While many experts and rights activists accuse the military establishment of using the Af-Pak border area to fan jihadist insurgency in Afghanistan, some analysts opine that sections of the Army have pitted jihadists against the Baloch separatists to frustrate the latter.

“It is there that the strategy to pit one group against the other comes in handy. However, it’s not a long-term solution to eliminate the diverse array of militancy in Balochistan.”

Security experts feel that launching attacks aimed at Chinese projects would allow jihadists to signal a show of strength and increase their recruitment in the area.

In addition to the Chinese Uighur Muslim camps in Xinjiang being an ideological driving force for Islamist groups, the CPEC itself became a symbol of ‘infidel’ overreach. The Pakistan Army’s increase in crackdown on jihadist outfits in the aftermath of the unveiling of the project seven years ago has only added to the bitterness and the Pakistani State is seen as being subservient to Chinese interest.

The arrest in 2017 of Indian national Kulbhushan Jadhav, self-identified Research & Analysis Wing spy who said in a video released by Pakistan Army that he was tasked with jeopardizing CPEC, had added momentum to claims of a joint Afghan-Indian plot to target Chinese investments.

“Of course, you’re not implementing Sharia by targeting the Chinese ambassador. Clearly, the objective is something else. But yes, stopping [the militants] is our responsibility. It’s a complicated challenge given the porous border.”

“Their goal is to create a new country based on ethnicity. If deprivation were the reason behind [separatist militancy], you would also see it in Gilgit-Baltistan, South Punjab, and Interior Sindh,” Kakar said.

Despite the recent ceasefire agreement and overtures for peace, Pakistan Interior Minister Sheikh Rashid Ahmed blamed India for the Quetta bombing, saying “their attempt to damage Pakistan will fail”.

Amidst the multi-pronged militancy in Balochistan, which is now taking an anti-China orientation, many express concerns regarding the reach of the Serena Bombing perpetrators, given the security was bolstered due to the presence of the Chinese ambassador.

Officials say the car, loaded with around 60 kilograms (132 pounds) of explosives, used an unregulated route to reach the target, despite passing a few check-posts.

«Previous Post
Tanzania, Burundi Collaborate To Force Refugees Back Home»Next Post
Census Triggers Shift In Congressional Seats, And Some States Are Gearing Up For A Fight