Census Triggers Shift In Congressional Seats, And Some States Are Gearing Up For A Fight

The 2020 Census showed growth was fastest in the South and West, which will gain electoral power from the Northeast and Rust Belt.
By Hamil R. Harris April 29, 2021
Facebook
Twitter
Linkedin
Email 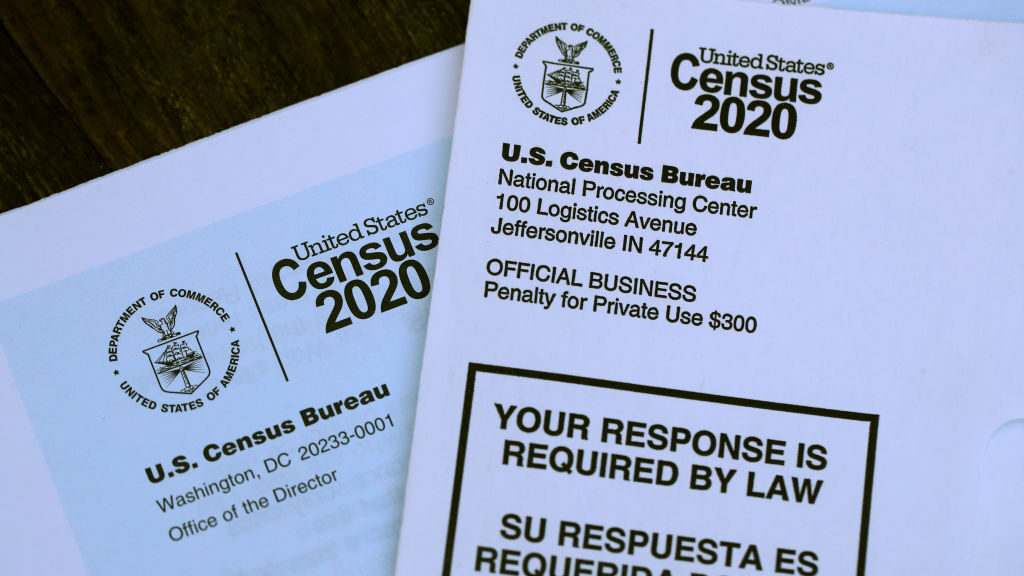 U.S. Census materials received in the mail with an invitation to fill out census information in March 2020. (Justin Sullivan/Getty Images)

WASHINGTON — The preliminary results of the 2020 United States census are in, revealing shifts in population growth away from the Northeast and Rust Belt regions to the South and West since the last survey in 2010 — and that means changes in Congress and the Electoral College.

While some of this population shift was expected, Sun Belt states Texas, Arizona and Florida were expected to gain more, and New Yorkers were surprised at losing a congressional seat by just 89 people.

Required by the U.S. Constitution every decade since 1790, the 2020 census was besieged by challenges from the COVID-19 pandemic to nationwide Black Lives Matter protests.

Despite pauses in door-to-door census collection due to the pandemic, the U.S. Supreme Court allowed the Donald J. Trump administration to end data collection two weeks early, which they said would allow the Census Bureau to meet the Dec. 31 counting deadline.

On top of that, Trump’s effort to include a citizenship question on the census has led some to question whether Latinos were undercounted in some states.

After delays in the count, the initial results were released to the public on April 26.

The changes in population will trigger reapportionment of seats in the House of Representatives and Electoral College, which selects the president. Texas gains two new seats, while Colorado, Florida, Montana, North Carolina and Oregon gain one.

The biggest losers include the Democrat stronghold of New York, which will lose a congressional seat and Electoral College vote. The state was just 89 people short of keeping the seats, despite growing from 19.37 to 20.2 million people since 2010.

“Census takers in New York faced unprecedented challenges last year in their efforts to get New Yorkers counted – from the pandemic’s effect on the mail system to the Trump Administration’s xenophobic, flagrant, and illegal efforts to hurt blue states by discouraging non-citizens and people of color from being counted,” Cuomo said in a statement.

Melanie Campbell, the president of the National Coalition of Black Civic Participation, said the 2020 census showed a continuing trend of people moving South. But she said she had concerns that growth could be compromised by new restrictions on voting rights there.

“You have a backlash taking place in a lot of these states with partisan attacks on voting rights,” Campbell said, calling for more federal oversight of state voting laws.

“In Texas, there are a large number of blacks and Latinos moving into the state and this shows why we need the Voting Rights Act reinforced because it would make it harder to use partisan politics without some element of being fair,” she said.

The extra congressional seats were a deserved reward, he said.

“This has nothing to do with undermining Democracy, this is a testimony to certain states being more attractive to live in,” Fields said.

“New York and California are losing people because of the high cost of living.”

In any case, there will be lasting — if subtle — changes to the U.S. political landscape.

In last year’s election, Trump won four of the six states that will increase their delegations in the House and Electoral College. The winner of the election, President Joseph R. Biden, Jr., meanwhile, won five of the seven states that lost seats.

Each of the impacted states now also has to redraw the boundaries of their House districts to account for the changed numbers, moves that are sure to spark ferocious battles between Democrats and Republicans over where to draw the lines.