Nanoparticles could seek out and destroy dangerous bacteria. 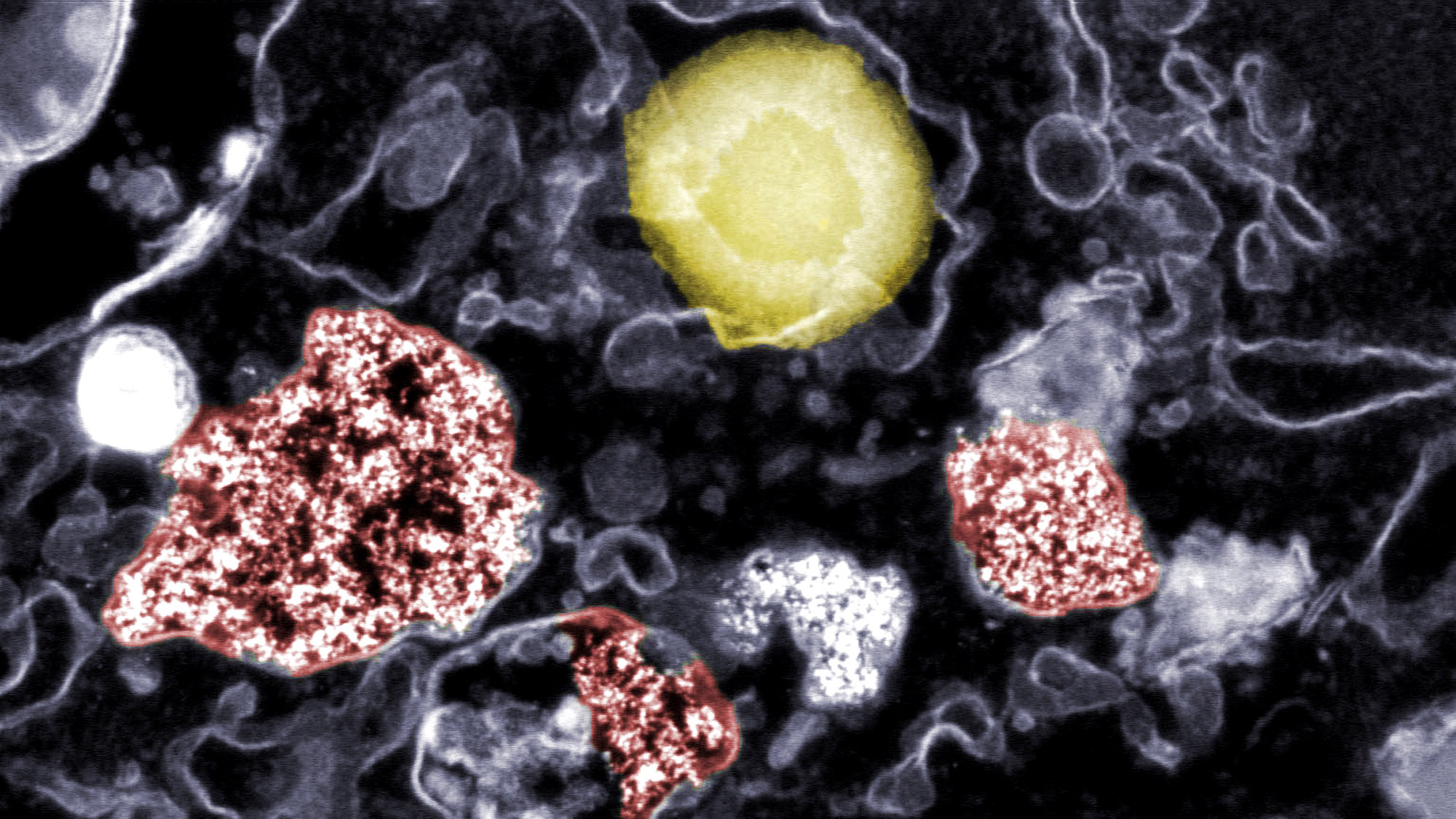 A new study suggests that nanoparticles can eliminate bacteria resistant to antibiotics.

Scientists from the Swiss Federal Laboratories for Materials Science and Technology and the Swiss Federal Institute of Technology-Zurich are developing nanoparticles that can detect and kill multidrug-resistant pathogens that hide inside human cells.

Bacteria are becoming ever more resistant to the antibiotics doctors throw at them. Some of these pathogens can even persist inside human cells, where antibiotics can’t reach them, leading to life-threatening infections.

These pathogens, among many others, include methicillin-resistant Staphylococcus aureus, commonly known as MRSA, which can cause severe illnesses, such as sepsis or pneumonia. MRSA is often found in hospitals — about 5 percent of patients in U.S. hospitals carry MRSA in their nose or on their skin, according to the U.S. Centers for Disease Control and Prevention.

The increasing number of staphylococcal infections that don’t respond to antibiotic treatment are of particular concern.

In order to reach the germs inside the cells, the Swiss researchers have developed nanoparticles that use a different method of action compared with conventional antibiotics.

Unlike antibiotics, which have difficulty penetrating human cells, the smaller nanoparticles can easily penetrate the affected cells’ membranes to destroy the bacteria.

The team led by Inge Herrmann and Tino Matter used cerium oxide, which has antibacterial and anti-inflammatory properties in its nanoparticle form.

The nanoparticles were combined with bioglass, a bioactive ceramic material with regenerative properties. It has a wide range of medical uses, including bone and soft-tissue reconstruction.

The combination of cerium oxide and bioglass has already been used for wound adhesives. The properties of the nanoparticles effectively stopped bleeding, reduced inflammation and accelerated healing. The novel particles also showed significantly higher effectiveness against bacteria, and the treatment seemed to be tolerated by human cells.

The researchers synthesized nanoparticle hybrids comprised of cerium oxide and bioglass, and were able to show interactions between the nanoparticles, human cells and germs using electron microscopy and several other methods.

The experiment showed bacteria inside infected cells that were treated with these nanoparticles began to dissolve. When researchers blocked the cells’ uptake of hybrid particles, there was no antibacterial effect.

Though it’s known that some metals have antimicrobial properties, scientists don’t yet understand exactly why the nanoparticles work. They assume the nanoparticles affect the cell membrane of the bacteria, creating reactive oxygen species that lead to their destruction. Since the membrane of human cells is structurally different, they are not affected.

The Swiss researchers have patented the new technology, and the next step is to further perfect the structure and composition of the nanoparticles.

The study was published in the journal Nanoscale in the “Emerging Investigator Collection 2021.”