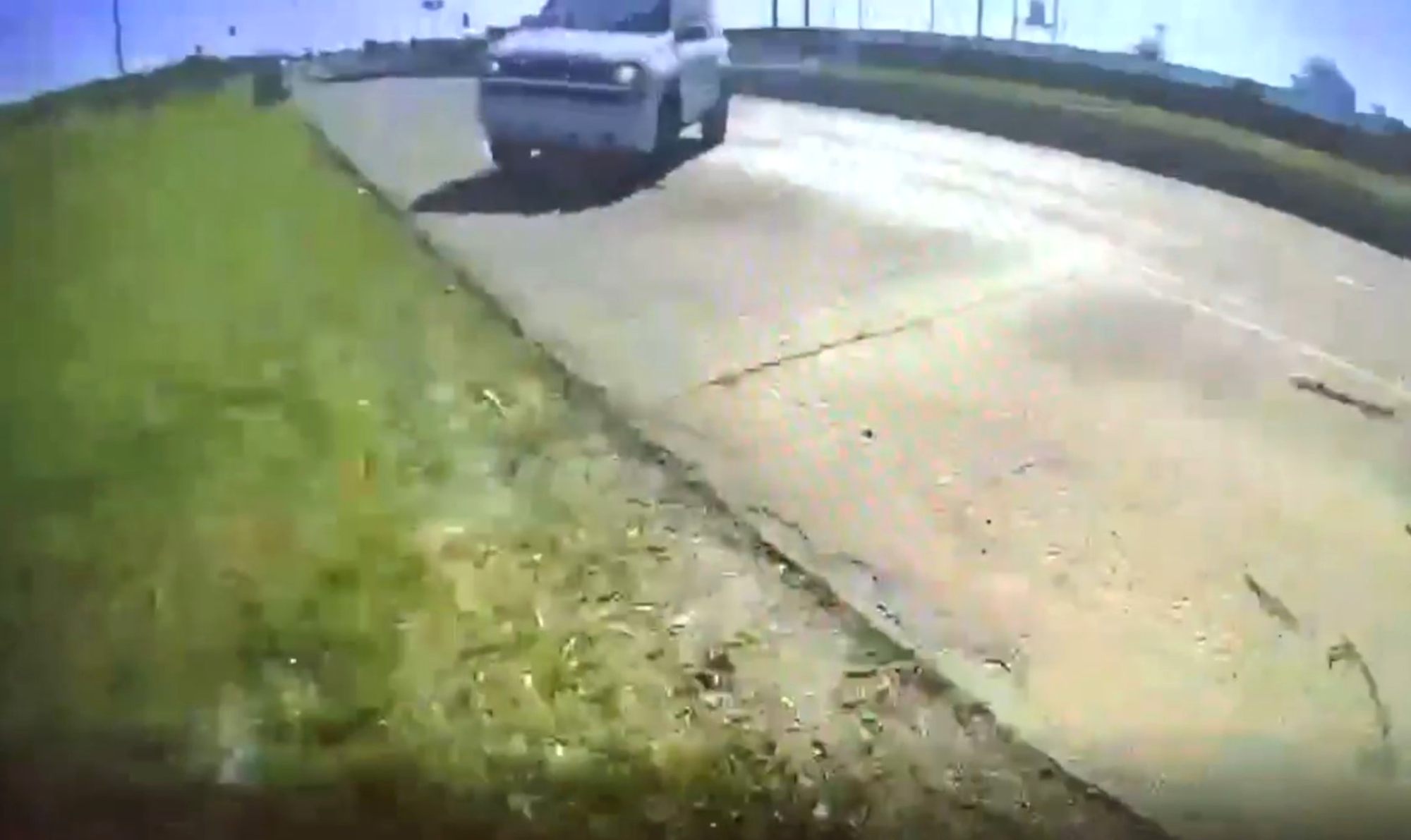 Video from a body-worn camera shows the Royse City police officer struck by an SUV while helping a stranded motorist in Royse City in Rockwall County, Texas, on April 11, 2021. (@RoyseCityPolice/Real Press)

A speeding driver lost control and skidded off a freeway, plowing into a cop. The incident took place in Royse City, Texas.

Police say Officer Michael Baley was helping a stranded motorist at about 10 a.m. on April 10. Baley was standing outside his patrol car when a speeding sports utility vehicle hit him.

Baley was taken to a Dallas hospital with non-life-threatening injuries and was released later the same day.

In sharing video of the incident, the Royse City Police Department accompanied it with this message: “We post this to get everyone’s attention to slow down, move over and pay attention.”

“You have to be all in,” Baley said. “You have to put your trust in Him. That’s why I like having ‘In God We Trust’ on the back of my squad car.”

Information on the identity and status of the driver whose car hit Baley was not immediately available.