Researchers view the departure from an all-fish diet as proof its feeding habits are diverse. 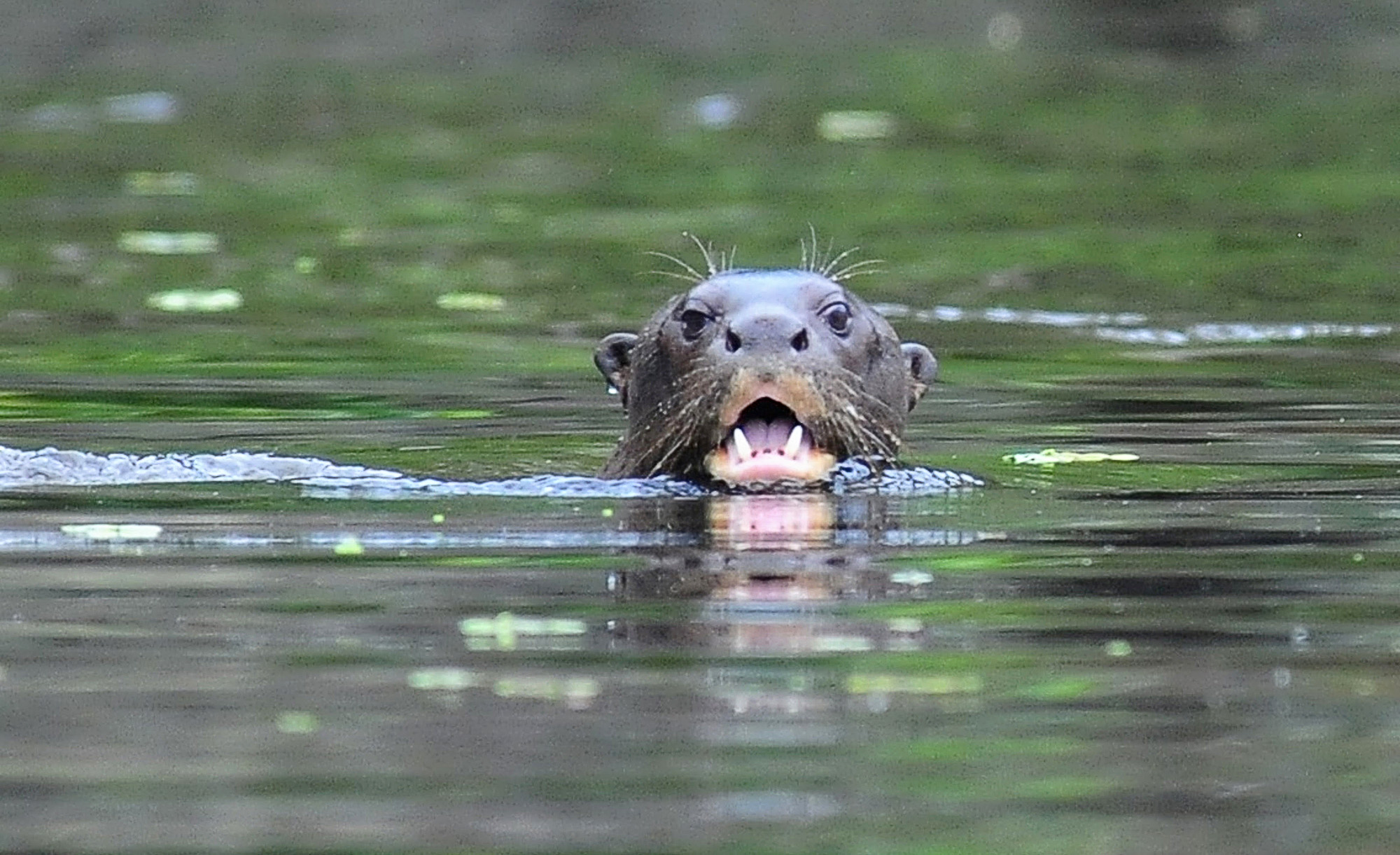 Researchers on an expedition in Colombia filmed what they believe to be a first: A giant otter hunting an iguana.

The giant otter has been known to eat small snakes and small caiman when fish abundance is low, according to the University of Michigan Museum of Zoology.

The team had been investigating biodiversity in the Tillava River in Puerto Gaitan in the central part of the country when they saw the giant otter (Pteronura brasiliensis) in the water.

“This is the first time we have recorded this mammal hunting and feeding on iguana in Colombia, as it is a species that feeds mostly from fish,” Carlos Aya, a researcher at the South American Omacha foundation and a member of the expedition, said in a press statement.

Carlos Lasso, a researcher with the Alexander von Humboldt Biological Resources Research Institute, said such behavior has never been seen before in South America.

“Seeing a giant otter hunting an iguana is important data for science,” he said. “The iguana might have been feeding or sunbathing when it was hunted by the otter.”

The giant otter is a subgroup of otter found only in South America.  It is listed as endangered on the International Union for Conservation of Nature’s Red List.

“In some regions, fishermen consider them serious competition to the fish sector, and in other parts of Colombia, they are being affected by illegal wild animal trafficking,” according to the Omacha Foundation.

Both researchers said locals should view their finding as proof the giant otter’s feeding habits are diverse, and they should coexist with it.

The giant otter is the longest member of the weasel family. It grows up to 5.5 feet long, with a tail of up to 2.3 feet.

The Omacha foundation states the giant otter is one of the biggest carnivores in South America and sits at the top of the food chain, along with predators such as jaguars and caimans. Its coat is soft and velvety, which makes it highly sought after by fur traders. The otters were intensively hunted up until 1970.