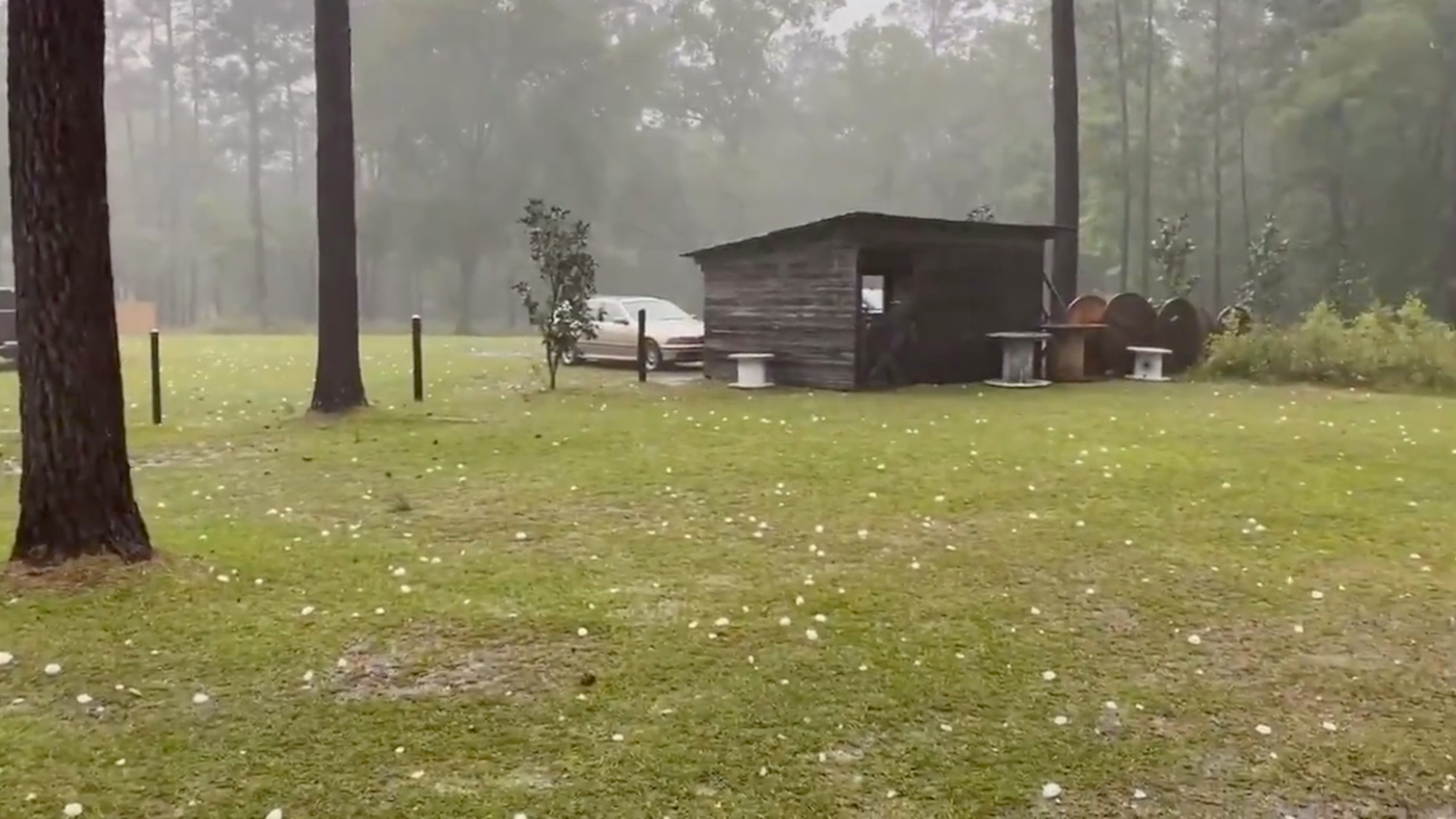 Hail the size of ping-pong balls can be seen pounding the ground during a severe spring storm in the United States.

Once place the hailstorm was filmed was at Loblolly Rise wedding venue in Thomasville, Georgia, over the weekend.

Radio talk show host Greg Tish posted video of the storm on his Twitter feed. A person can be heard saying: “I’ve never seen this before in my life.”

Chunks of ice bounced off of buildings and vehicles, and the power went out as well.

Local media reported the hailstorm was part of a band of severe storms forecast to bring heavy rain, damaging winds and tornadoes.

Tish’s video ends with a joke: “Well, at least we now have ice for the dry coolers.”