The 800-year-old remains of a 5-year-old noble were discovered under the chapel's altar.
By Ana Lacasa April 28, 2021
Facebook
Twitter
Linkedin
Email 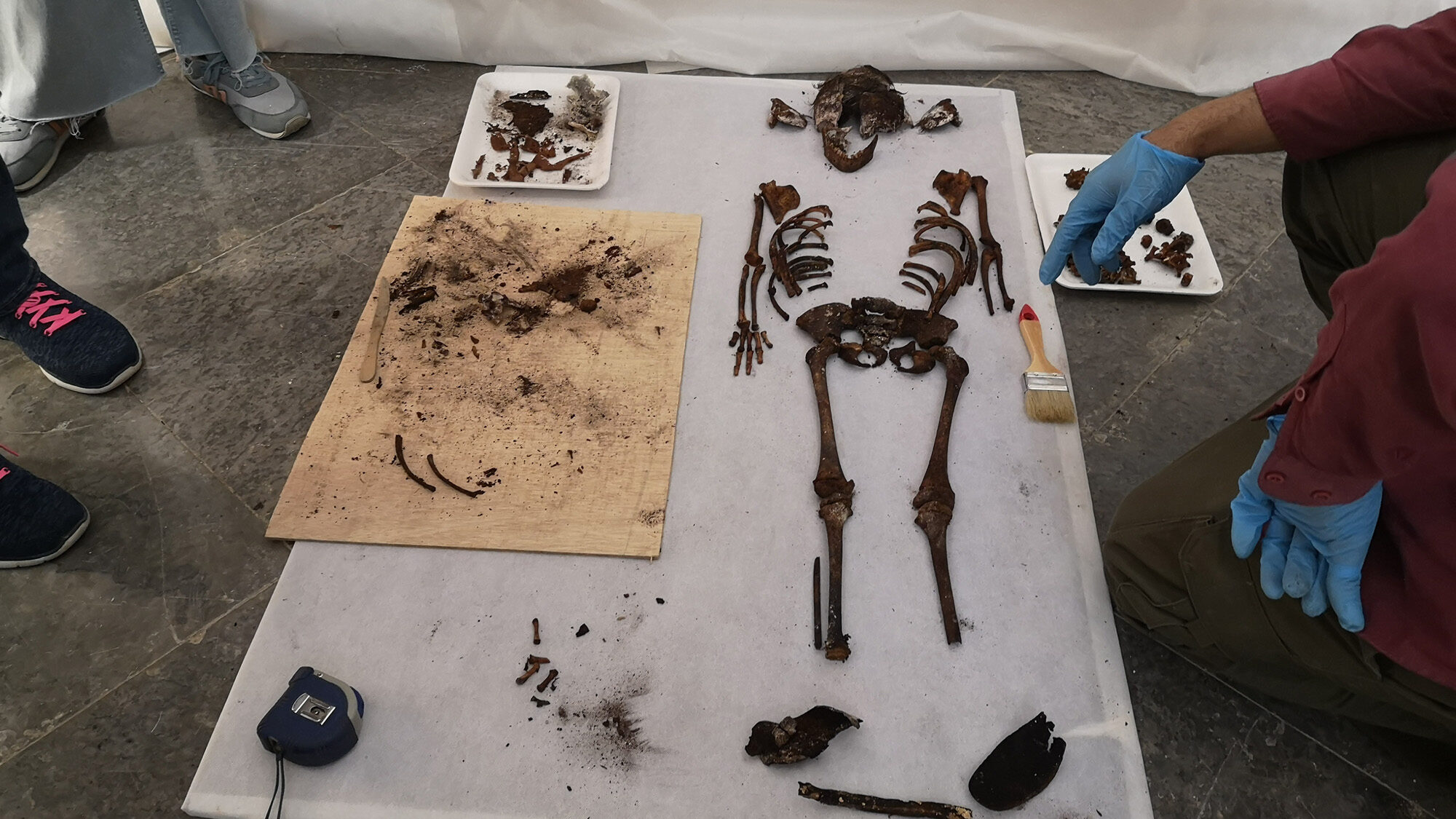 The remains of the girl found in the sarcophagus discovered in a chapel of a royal palace in Seville, Spain. (Ayuntamiento Sevilla/Real Press)

Workers restoring a gothic palace discovered the sarcophagus of a 5-year-old girl who was buried there up to 800 years ago.

The archaeologists were restoring unique ceramic tiles in the chapel of the Alcazar of Seville, Spain, when they stumbled upon the lead sarcophagus. It contained a wooden coffin with the girl’s remains under the chapel’s altar.

Professor Miguel Angel Tabales from the University of Seville, is the director of the archaeological project’s team.

“It was part of an intervention to know if it is possible to build an air chamber in the walls of the Gothic palace to restore the ceramic tiles dating back to 1577,” he said. Discovering the sarcophagus has changed his restoration strategy.

Archaeologists examining the small burial container and its contents believe the girl, found with her arms crossed over her chest, came from an important family. Her burial site was a privilege reserved for those of high birth.

Tabales said there could be a crypt underneath the chapel as it is situated well above the previous building site. This theory will eventually be tested by ground-penetrating radar tests.

Preliminary investigations reveal the girl’s remains probably date from the 13th or 14th century, but carbon testing will confirm it.

Though the sarcophagus has been well-preserved, the wood coffin and its contents are not in good condition. Tabales suspects the sarcophagus was breached in the early 20th century during repair work on the chapel’s floor.

He said the lead of the sarcophagus helped protect its contents, but the remains started to deteriorate when exposed to air in the early 1900s. While the bones remain in a good state of preservation, the exposure could affect DNA testing, he said.

Despite this, some of the girl’s hair remains, and the coffin also contains remnants of fabric, shoes, leather and buttons.

It is not yet known how the girl died, Tabales said. There are no signs of violence, and she was buried in a privileged style with Christian traditions.

The palace was built in Gothic style on the former site of an Islamic fortress on orders from Alfonso X El Sabio (Alfonso the Wise) and represents the triumph of Christian ideology over the 800-year Muslim rule of Seville.

The monarch lived in the Alcazar of Seville after defeating the city’s Muslim ruler. The historic palace has been altered many times, including the Mudejar-style tiles added in 1577, Tabales said.

It is located in the Royal Alcazar of Seville, which was declared a UNESCO World Heritage site, along with the adjoining Seville Cathedral and the General Archive of the Indies, in 1987.

The palace was featured in the fifth and sixth season of the blockbuster series “Game of Thrones” and the 1962 movie “Lawrence of Arabia.”