Panda Cub Wrestles With Its Mother 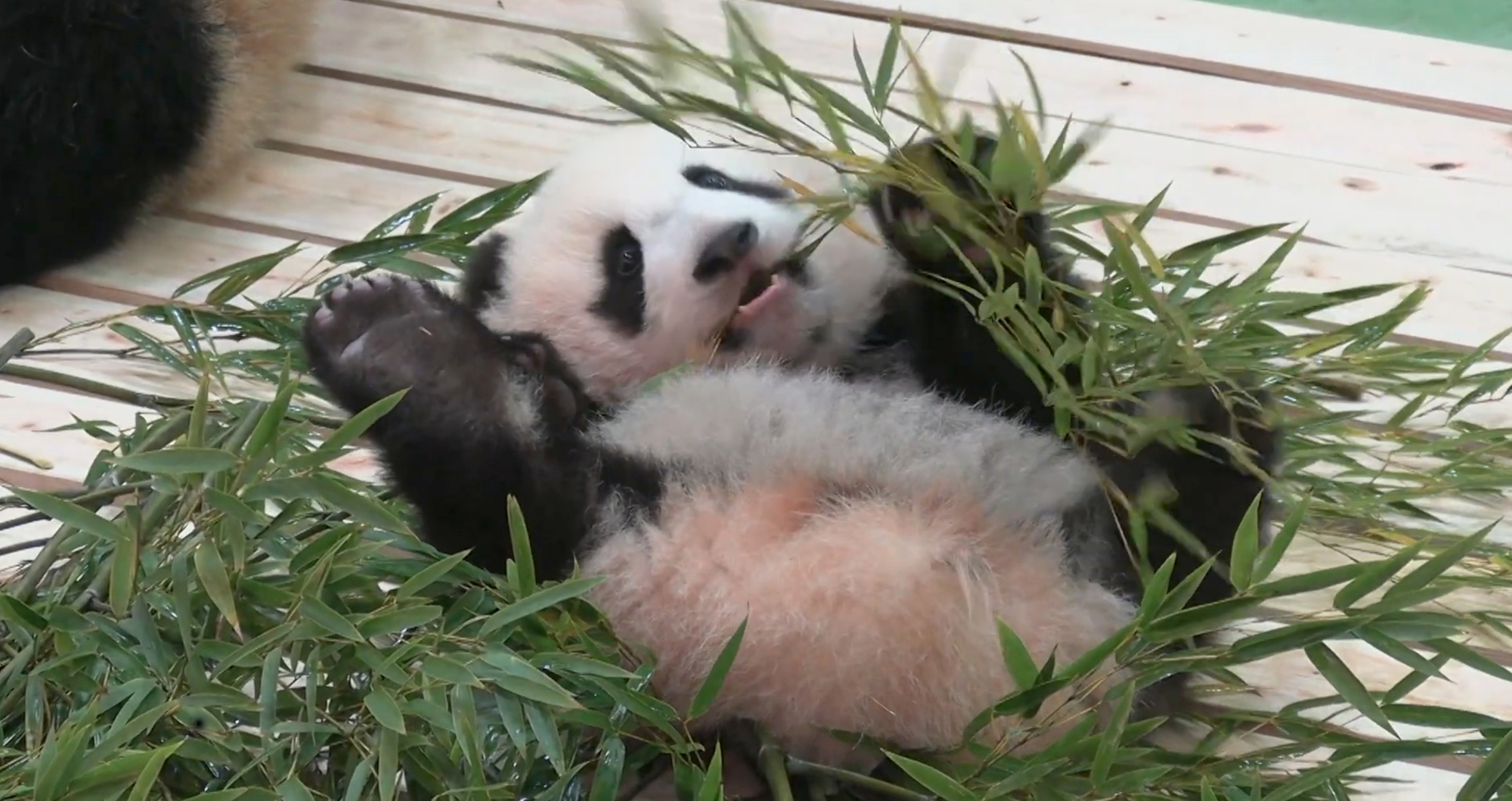 This young panda is all about playtime with its mother, Ryohama.

“Fuhin” Kaedehama, a giant panda cub from Adventure World theme park in Wakayama Prefecture, Japan, is ready to play and wrestle, using all its force as its mom relaxes while entertaining her youngster.

The cub likes to launch herself at her mother, often tumbling by her side.

In one swift movement, the panda mom has her cub in a tight grip as she tires to clean Kaedehama, who tries to free herself.

After some active playtime, the pandas get a snack break and can be seen munching on some branches.

At first, Kaedehama tries to steal her mom’s attention, but quickly joins the snacking. The cub is seen laying on her back feasting on a small branch more appropriate for her size.

Pandas live primarily in the mountains of southwest China, where they exist on bamboo.