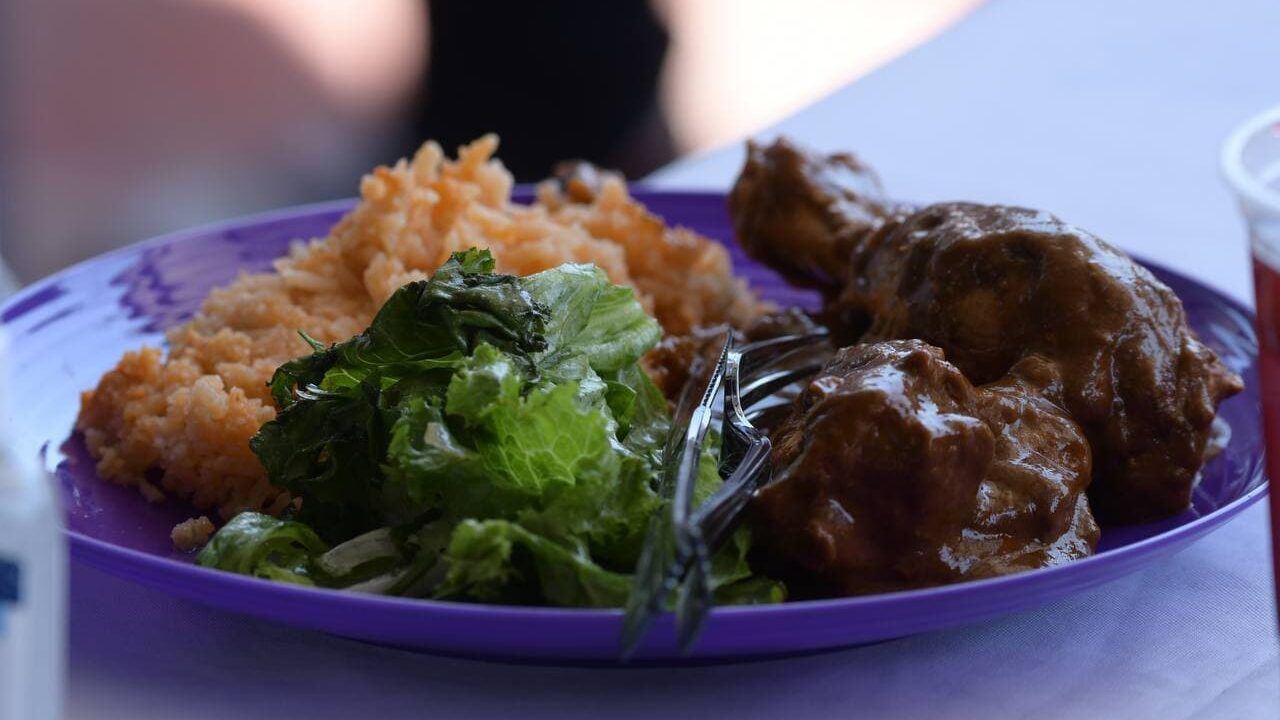 Mole has a mixture of ingredients with contrasting flavors, including chocolate and peppers. (Christian Valera Rebolledo/Café Words)

Mole is one of Mexico’s most representative dishes. It is usually the main dish of community and family celebrations.

“Mole is also the emblematic dish we offer to foreigners who visit the country. The literature tells us about its pre-Hispanic origin. We also have outstanding legends in this regard,” said Ricardo Cañas Montalvo, a historiography graduate and the chronicler of Veracruz.

This sauce evolved over the centuries into what Mexicans eat today. Each region added local ingredients to the recipe.

The Poblano mole is one of the best-known varieties.

Legend has it that Sister Andrea de la Asunción, a nun in the convent of Santa Rosa de Lima in Puebla, created the recipe in 1685. While cooking, Sister Andrea prayed for inspiration to come. Her prayers were heard. She chose a mixture of cloves, cinnamon, anise, black pepper, chili peppers, garlic, tomatoes, sesame, almonds and peanuts, and prepared a delicious but unusual dish.

“The nuns helped Sister Andrea to prepare everything as she indicated. Once they had the mix, everyone started yelling something like ‘mulli’ or ‘molli,’ and Sister Andrea said ‘mole.’ That is the best-known legend in the country,” said Cañas Montalvo.

A less romanticized belief is that the Nahuatl word ‘mulli’ refers to sauces made with chili peppers and other ingredients.

In the early colonial period, Fray Bernardino de Sahagún wrote about a pre-Hispanic stew the Aztecs offered to Emperor Montezuma. This dish, made with hot chili sauce, was called “chilmoli.”

Today, Mexico has more than 50 varieties of mole. The three most recognized are the Poblano mole, the Oaxacan mole and the Xiqueño mole (originally from Veracruz).

“There are no correct proportions when making mole,” said Silvia Nicté-Ha, a gastronomy graduate from the Mexican University. “Some ingredients can be omitted or varied in proportion,” depending on the cook’s preferences.

“If the sauce is too thick, you can add chicken or turkey broth … When it is well seasoned, add the semi-cooked pieces of meat or chicken so they finish cooking with the mole and get its flavor.”

“In Mexico, it is customary to accompany mole with red rice — which is made with tomato — and corn tortillas, that can be handmade or bought in a tortillería, as well as some fresh hibiscus water or horchata,” said Nicté-Ha.