The curious Mexican debate is rooted in the name and ingredients of this popular dish. 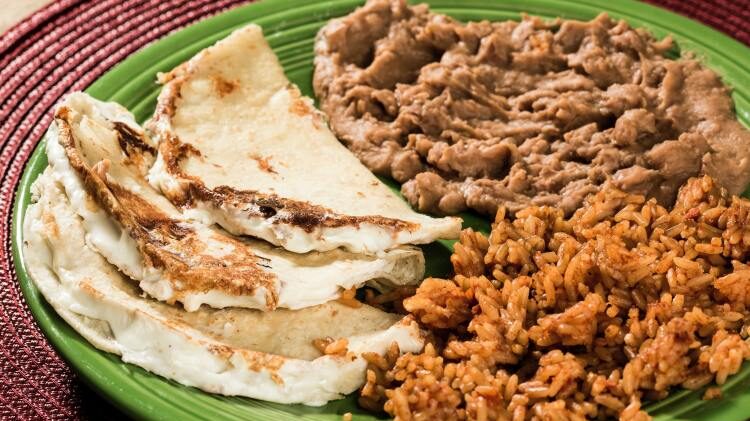 The cheese quesadilla is the most popular variation of this dish, that is both a snack and part of a complete meal. (Lloyd Blunk /Unsplash)

Mexican cuisine is full of delicacies and appetizers that anyone can enjoy at any time. One such dish is the quesadilla.

The popular snack is at the center of a great controversy in Mexico: should it have cheese or not? And, if not, should quesadillas change their name? After all, many Mexicans believe that the name of the dish comes from quesillo cheese.

The Royal Spanish Academy defines a quesadilla as a “Mexican dish made with a folded corn or wheat tortilla, filled with cheese and, sometimes, other ingredients,” yet many Mexicans are dissatisfied with the official definition.

“Quesadillas are an object of study with differing points of view. Although delicious and satiating, it divides people, just like politics,” said Horacio Barradas, a sociologist from the Universidad Veracruzana. “The main debate, in which not even the best Mexican chefs can agree, is if owes its name to cheese or not.”

In general, outside Mexico City, quesadillas have cheese as their main or only filling. However, in the Mexican capital, a quesadilla may not have cheese and, instead, has several other ingredients.

“People from the other parts of the country tend to criticize those native to Mexico City just for the fact that they eat cheese-less quesadillas, even though the [Royal Spanish Academy] states that this is not incorrect,” said the sociologist.

The truth is that the original quesadilla was nothing more than a folded tortilla with cheese inside, heated over low heat in a pan. The curious delicacy can then be enjoyed no matter the hour of the day, whether breakfast, snack or dinner.

“A quesadilla is just that, a folded tortilla with cheese. However, there is yet another debate: if it should be fried in oil [an empanada] or not. Yet in other states, they call it quesadilla despite it not having any amount of cheese,” said Silva Nicte-Ha, a chef who graduated from Universidad Mexicana.

In most restaurants, quesadillas have a side dish of pico de gallo, a sauce made with diced tomato, onion and chili, with chopped cilantro.

“It is a full meal, as it can be eaten with pico de gallo or guacamole, with a soft drink, coffee, or smoothie as a beverage. It can be filled with different dishes, such as gourd flowers, cooked chicken, beef or mushrooms,” said the chef.

Quesadillas are famous throughout Mexico, despite being the subject of many debates. Another source of discord is the assumed origin of the name, which many say comes from the Nahuatl “quetzaditzin.” However, it is a false etymology, as the Nahuatl language does not have a ‘d’ sound.

Linguistic experts have concluded that the word quesadilla is 100 percent from the Spanish language, derived from the word ‘queso.’

How do I prepare some quesadillas?

— Corn tortillas (though flour tortillas can be used)

“It is so easy that everyone can do it to satiate hunger, as one can do them in less than 5 minutes. You just have to take a tortilla, fill it with cheese and heat it. I recommend Oaxaca cheese because I prefer my cheese melted,” said chef Nicte-Ha. “If one wants to, it is possible to add some epazote mixed with the cheese so that it adds an extra flavor when it melts, although it is unnecessary. Then, the quesadilla goes to the frying pan, and, when the cheese gratins, it is ready to be eaten.”