Mud creates a protective layer to shield the animal’s body from the sun’s rays. 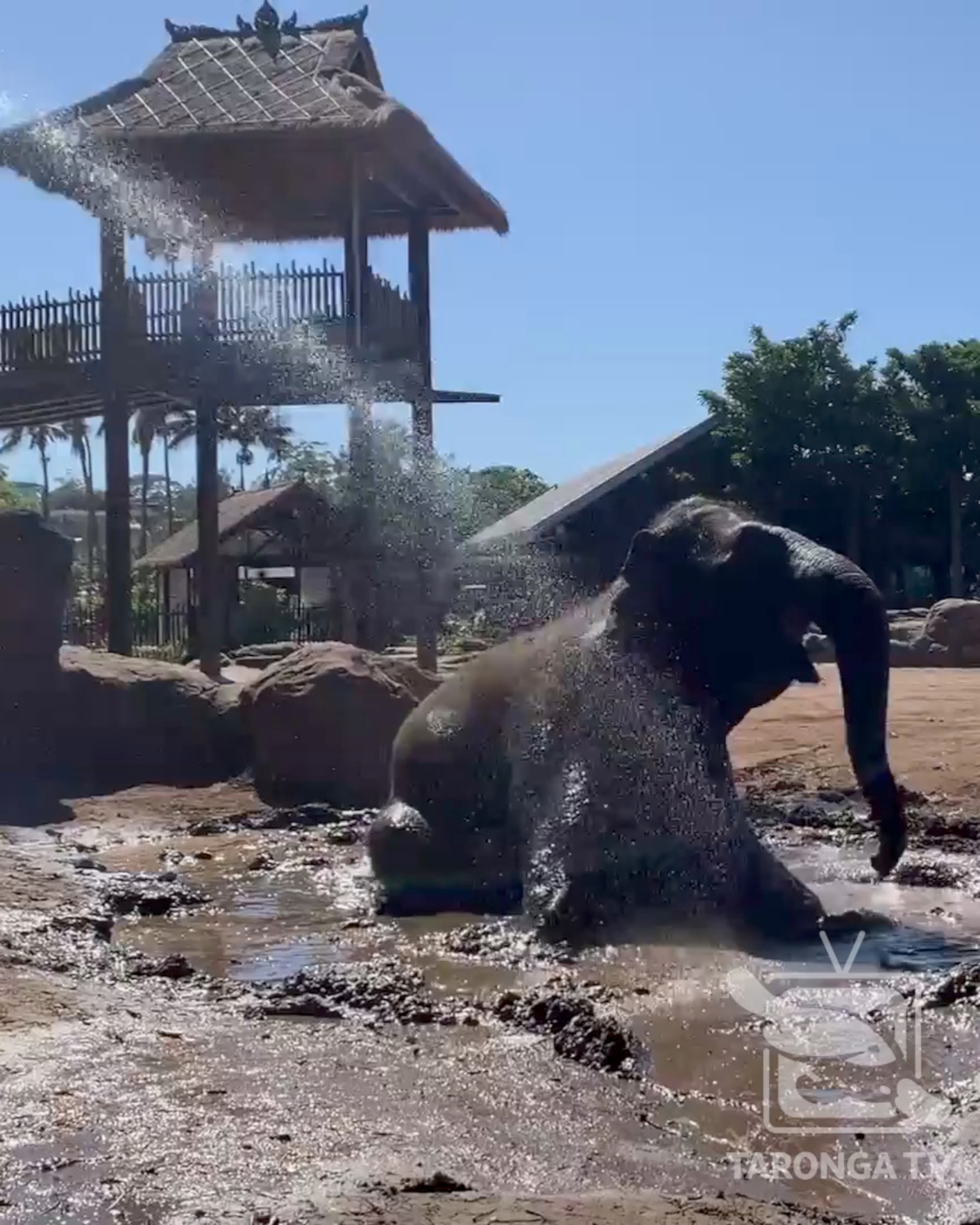 A female elephant takes time for a key activity: rolling around in the mud at a zoo in Australia.

Video from Taronga Zoo Sydney shows the elephant swaying in the mud bath in the sun while being splashed with water.

Mud baths serve a critical purpose for elephants. The mud not only cools them down, but also provides a protective layer to shield their body from the sun’s rays and safeguard them from insect bites.

“Humans aren’t the only ones in the animal kingdom that enjoy being a little kid from time to time,” the zoo posted on its Facebook page.

“As this elephant was a rescue elephant, we aren’t 100 percent on her age,” said Jennifer Steed, the zoo’s media and communications officer. “She is a female elephant. Our elephants love their mud baths.”

Elephants are the largest terrestrial animals.  They are found throughout sub-Saharan Africa, South Asia and Southeast Asia in savannahs, forests, deserts and marshes. They use their trunks to pick up objects, signal warnings, greet other elephants or suck up water for drinking or bathing.

Elephants are herbivorous, and spending most of their time eating. They can live up to 70 years. Females, called cows, tend to live in family groups with their calves. Male offspring leave the herd once they reach 8-to-10 years old. A single calf is born to a female once every four to five years.