Ancient Tombs Up To 5,000 Years Old Unearthed In Northern Egypt 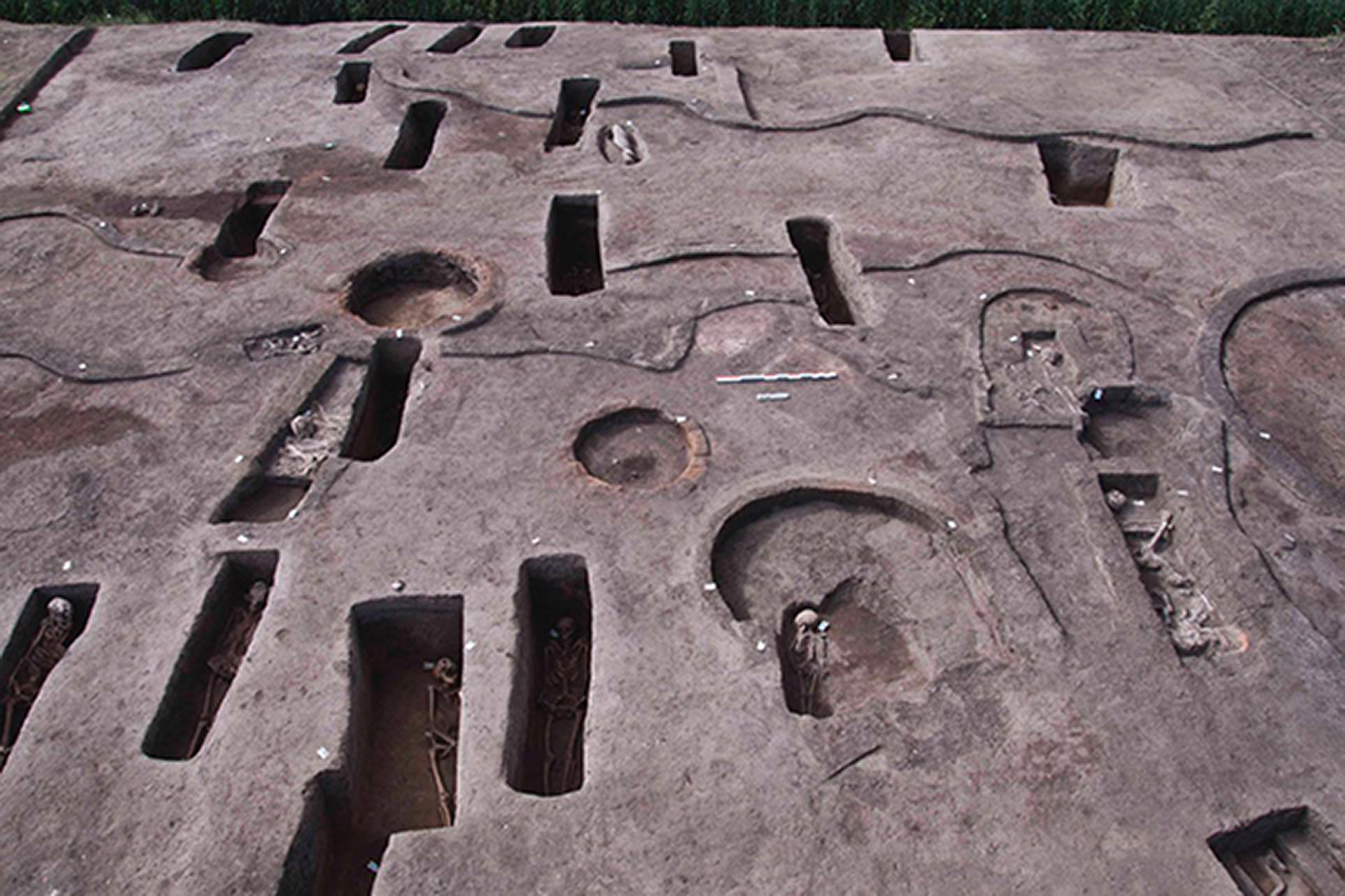 More than 100 ancient burial tombs have been unearthed in the Koum el-Khulgan archeological site in Egypt. (Egyptian Ministry of Tourism and Antiquities/Newsflash)

Archeologists have discovered more than 100 ancient tombs, some at least 5 millennia old, in northern Egypt.

Egypt’s Ministry of Tourism and Antiquities announced the find by the archeologic team headed by Sayed Al-Talhawi on April 27.

The 110 tombs were unearthed at the Kom Al-Khalejan archeologic site in Egypt’s Dakahlia Governorate in the Nile Delta region.

Among the graves are 68 oval-shaped tombs, which have been dated back to Egypt’s Predynastic era from 6000 to 3150 B.C.

Thirty-seven rectangular tombs were also found at the site, believed to be from the so-called Second Intermediate Period from 1650 to 1550 B.C. That’s when the Hyksos people of West Asia ruled the country.

The remaining tombs are oval-shaped and have been dated to the Naqada III (or Protodynastic) Period from 3200 to 3000 B.C., during which time the Egyptian language was first recorded in hieroglyphs.

Some tombs uncovered still contained the remains of adults and children; also found were grave goods and pottery.

Authorities hope the discovery, along with other high-profile recent archeological finds, will help revive Egypt’s flailing tourism industry, which has been decimated by the revolution of 2011 (as part of the so-called Arab Spring), security concerns and the ongoing COVID-19 pandemic.