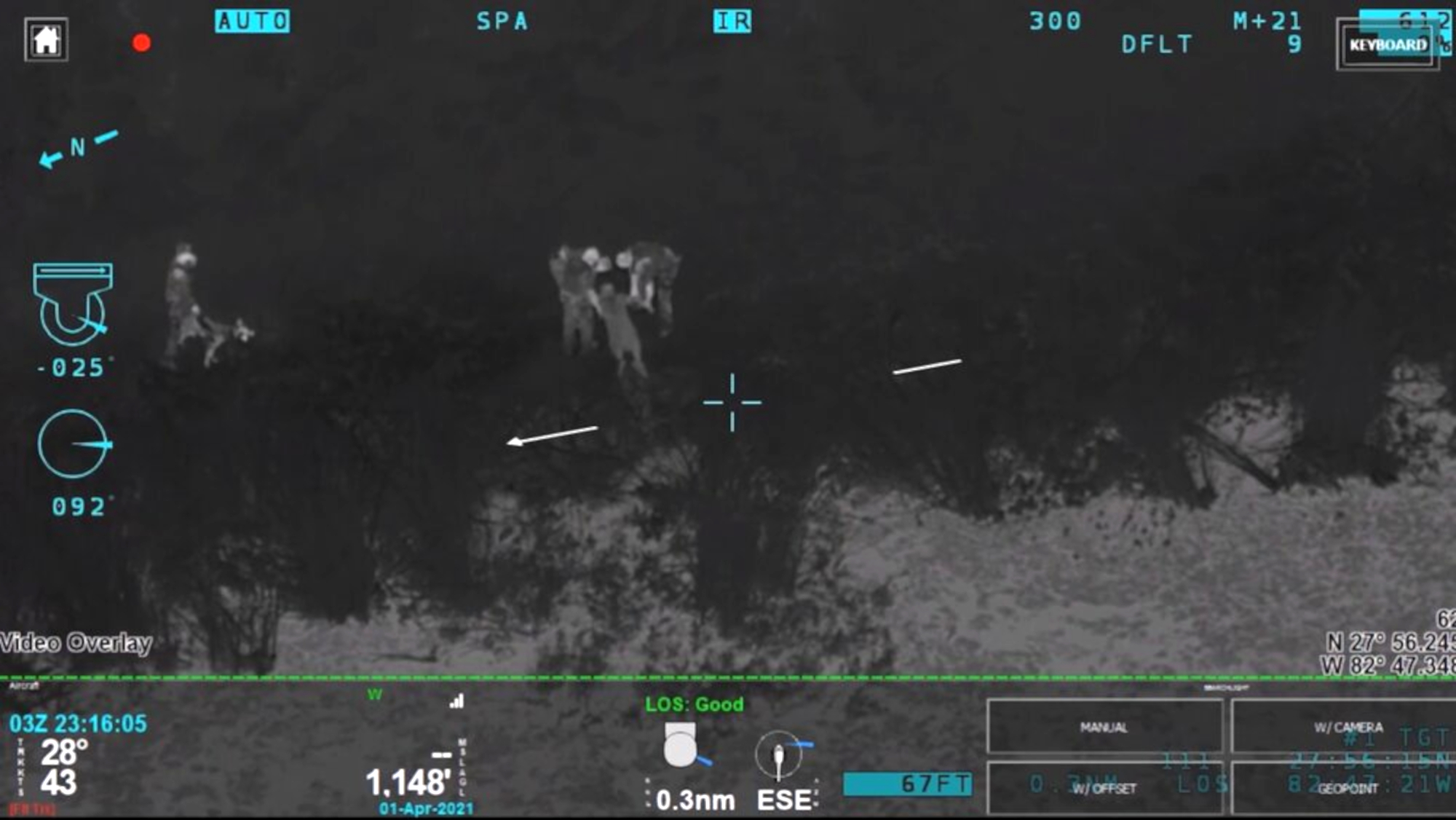 Pinellas County Sheriff's Office Flight Unit responds to tracking a suspect who crashed a stolen car and fled to hide in a pond in Clearwater, Florida, on April 1. (@pinellassheriff/Real Press)

A suspect accused of crashing a stolen vehicle was found hiding in a pond.

The accident occurred near the intersection of South Martin Luther King Jr. Avenue and Belleair Road in Clearwater, Florida, on April 1.

A video of the incident was recorded by the Pinellas County Sheriff’s Office flight unit and was released April 25.

Clearwater Police Department received a report about a suspect who crashed a stolen vehicle and fled the scene.

The police were unable to locate the missing suspect, despite the presence of a K9 unit. They suspected the subject was trying to elude sniffer dogs, and the Pinellas County Sheriff’s Office joined the search with a flight unit.

The flight unit directed officers on foot to the location, while keeping an eye on the swimming subject.

In time, the suspect, who has not been identified, swam to the bank where the police were waiting for him. He was taken into custody without an incident.