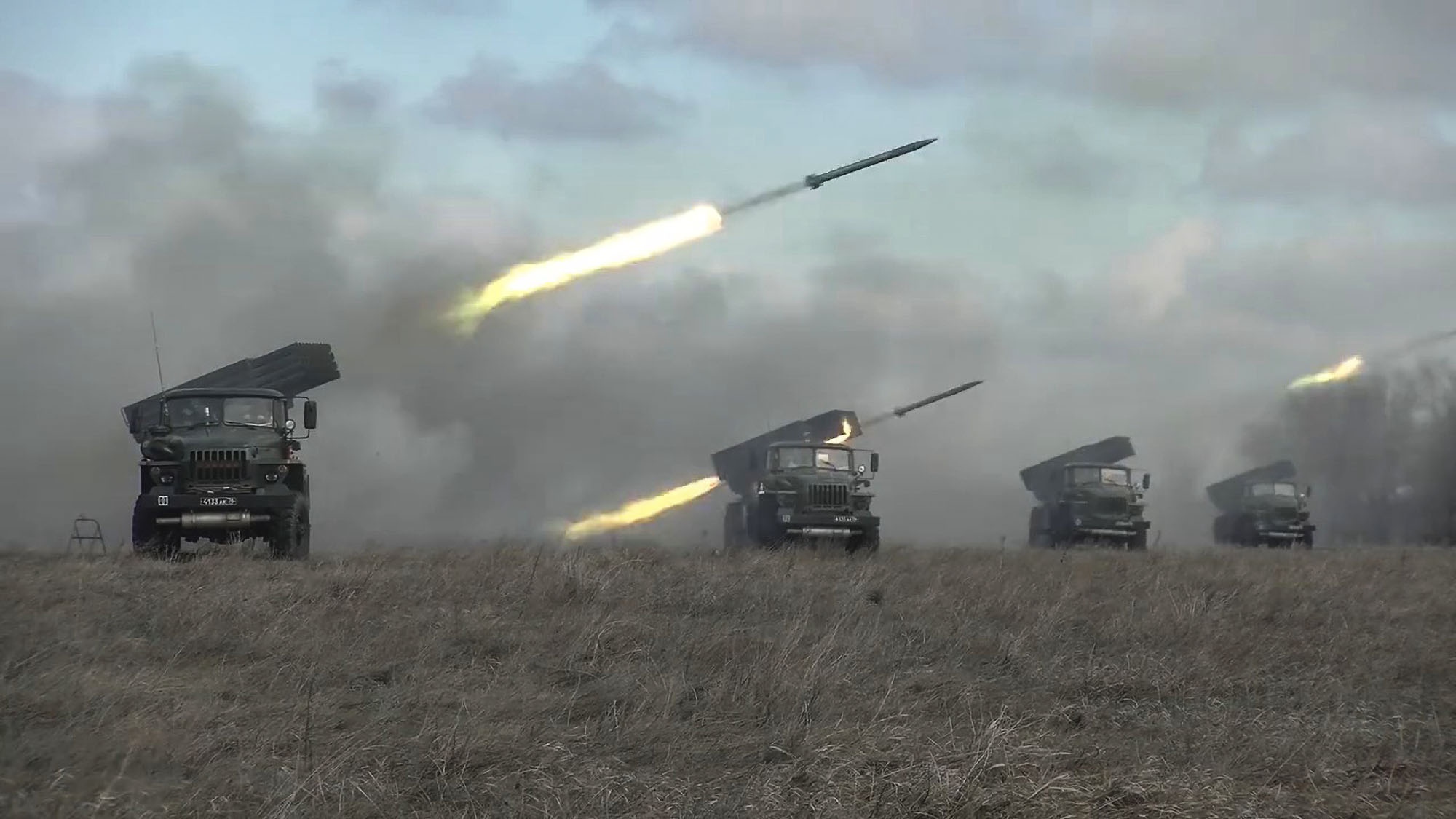 Tanks of the Central Military District, with the support of artillery, destroyed a mock enemy in an exercise near Orenburg, Russia. (Ministry of Defense of Russia/Real Press)

Russian artillery batteries destroyed a simulated enemy with the support of drones during a recent military exercise near the city of Orenburg.

The war game, a realistically staged military battle that included 1,000 servicemen and more than 300 units of military and special equipment, took place April 15 in the Central Military District, which is the largest such zone in the Russian Federation. It covers roughly 2,730,000 square miles.

The Russian Ministry of Defense shared a video of the mock battle on its Facebook page, showing tanker subdivisions of the 2nd Combined Arms Army destroying a simulated enemy’s convoy of equipment.

During the maneuvers, Orlan 10 drones spotted a mock enemy moving toward the settlement, which launched rocket systems of artillery batteries and utilized self-propelled howitzers.

The drones inflicted concentrated strikes on the target, while T-72B3 battle tanks organized ambushes on the escape routes.

The improvised enemy was destroyed shortly afterward, at a distance of about 1.2 miles.