The mental toll of war and a pending royal commission into veterans' suicide have been reflected on at Anzac Day commemorations.
By Paul Osborne April 27, 2021
Facebook
Twitter
Linkedin
Email 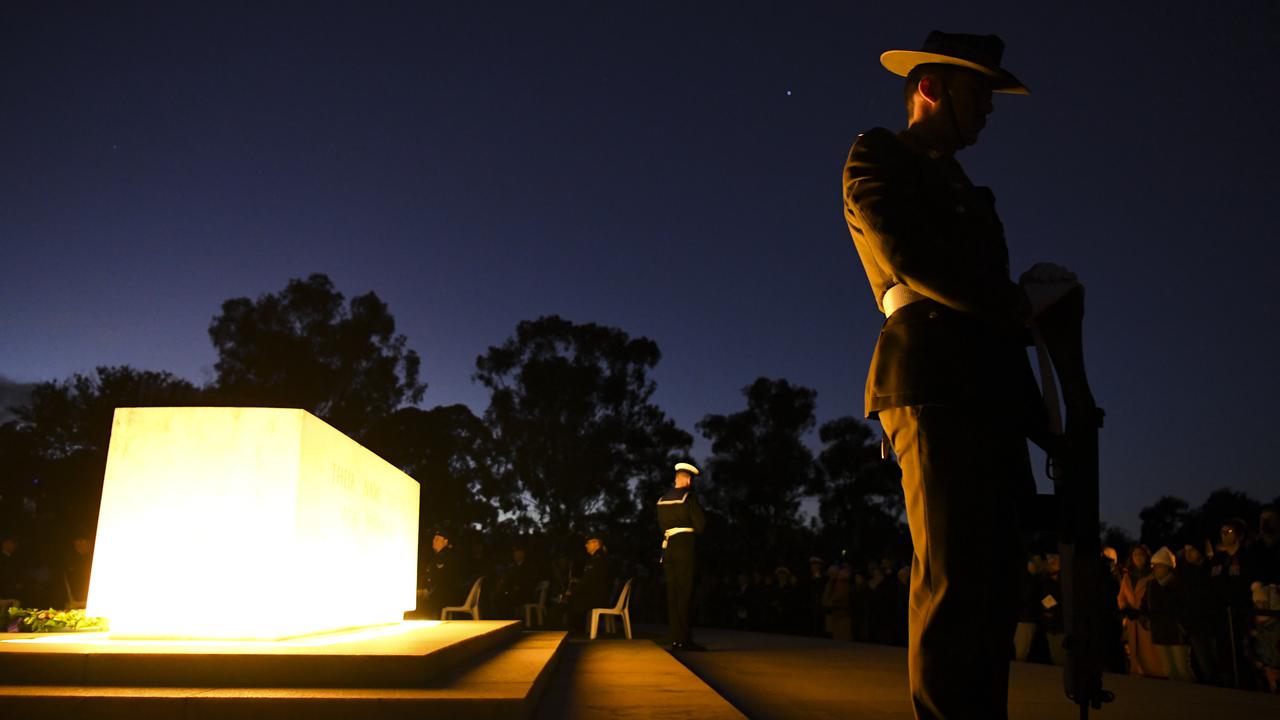 The "wounds and scars of war, seen and unseen" have been acknowledged at Canberra's dawn service. (Lukas Coch/AAP Image)

BALMAIN, Australia — The families of veterans who have died by suicide are owed a royal commission, Australian Labor leader Anthony Albanese said.

Addressing the Anzac Day service at Loyalty Square in the city of Balmain, Albanese said many wars do not end when they leave the battlefield.

“It comes as some relief that, after a long campaign by relatives who’ve lost love ones, there will finally be a royal commission into veteran suicide,” he said. “This year alone, we have already lost 18 to suicide – and it is only April.”

“To them, and all those who have gone before, and those who are at any risk now, we owe them this much at the very least.”

He said many veterans had been fortunate to “turn the weight of war into something else,” noting the life and work of his mentor and friend World War II veteran Tom Uren.

Uren, a former deputy Labor leader and federal minister saw the “very worst of humanity” as a Japanese prisoner of war.

“But in peace, he was forever after driven to seek out its best. He held up the past to us and, in doing so, he held out the hope of a better future.

“That is the spirit that brings us together here. To remember — because there are some things we cannot afford to repeat. We turn back to this memorial and the names upon it.

“It reminds us that even when darkness surrounds us, there have always been Australians who instinctively rise to push it back until the sun shines upon us all again.”

While not mentioning the royal commission, Prime Minister Scott Morrison — in his dawn service address — acknowledged many veterans carried “the wounds and scars of war, seen and unseen.”

He said families’ “love, encouragement, and prayers had sustained our soldiers, sailors, aviators, nurses, padres, and peacekeepers – they have helped shoulder the burdens that follow service, too.”

Independent senator and veteran Jacqui Lambie held a vigil in Melbourne on Anzac Day eve to remember what she described as “the 700+ veterans who were left behind, forgotten and broken”.

“There’s a lot of work to be done on the royal commission, but it’s the first step to healing our community who has given so much for their country and received very little in return.”

Soldier On chief executive Ivan Slavich said it was important to remember those who continued to suffer due to their war service.

“More than 100,000 people have made the ultimate sacrifice — 41 in Afghanistan and ten times that number have taken their own lives,” he said.

“It is important that all Australians support veterans and their families.”

He said 5500 people are discharged from the military each year.

“It’s essential that Australians on this most sacred and important day commemorate and support our veterans and families with employment, moral support, social connection, education, and, of course, mental health support.”