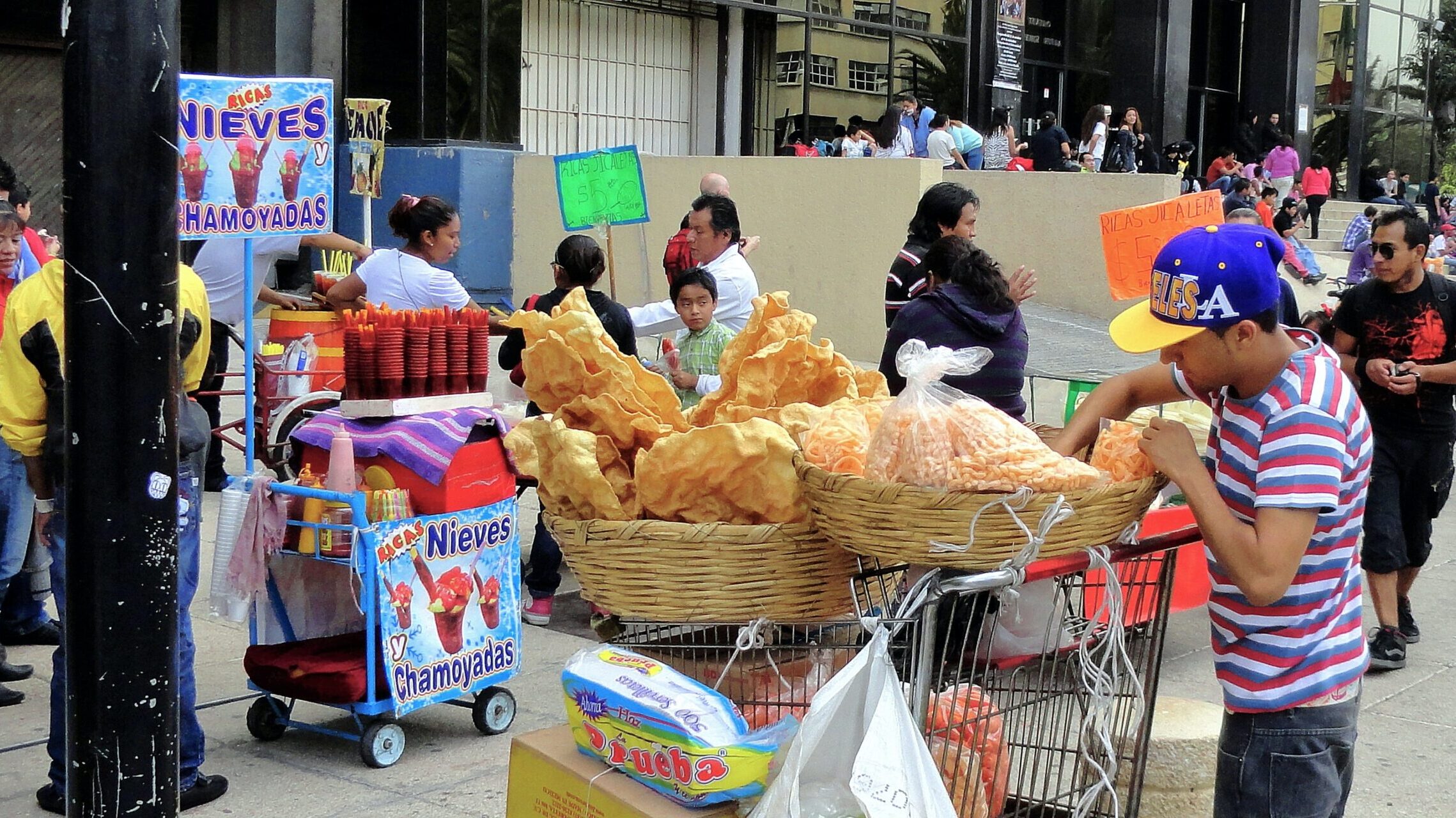 Although Mexico is the second-largest economy in Latin America and the third-largest in the Americas, according to its government’s data, some Mexicans work more than one job to meet expenses.

“It is sad. We are taught in school that the country is rich. Members of past and present governments tell us the same thing. But what do we have? A huge inequality,” said Ricardo Antonio Ibáñez, who works as a welder and a food-delivery man.

Despite having oil and other natural resources, Mexico is economically dependent on the free market, primarily oriented toward exports.

“You see on TV that everything is fine, but that [information] is not right,” said Ibáñez. “I work about 16 hours a day to have an income that is barely enough to support my family.”

Experts say the labor picture darkened a couple of years ago with the rise of outsourcing, which dispossessed workers of their rights.

“Well, there is no choice but to work [two jobs]. Otherwise, we wouldn’t be able to eat. I can’t leave either job because I’m 100 percent dependent on both. Leaving one would mean serious trouble for me, my wife and two children,” said Ibáñez.

There are significant gaps between the rich and the poor in Mexico and between the northern, central and southern states. Each region presents different sets of opportunities and minimum wages.

Working off hours from formal employment to earn some more income is now a common practice.

“I am the concierge at a medical office,” Tommy Domínguez said.

“Sewing is exhausting, especially because I do it after I come back from cleaning the office. There are days when I can’t hold my back, but I can’t quit sewing. I need those thousand pesos ($50) to buy meat and chicken. I stretch it [money] as much as I can,” said the concierge, who only has a secondary education.

The COVID-19 pandemic exacerbated the problem. By December 2020, Mexico had 6 million unemployed people, according to an analysis by the International Labor Organization. Micro-businesses, restaurants and hotels have seen the most significant pandemic-related labor impact.

“Now we have to wait for the pandemic to end. Let’s see if the country recovers, and we find better opportunities. So far, I have looked for a new job where I could earn some more money, but there aren’t any. Everything is paralyzed; nobody is hiring,” said Domínguez.