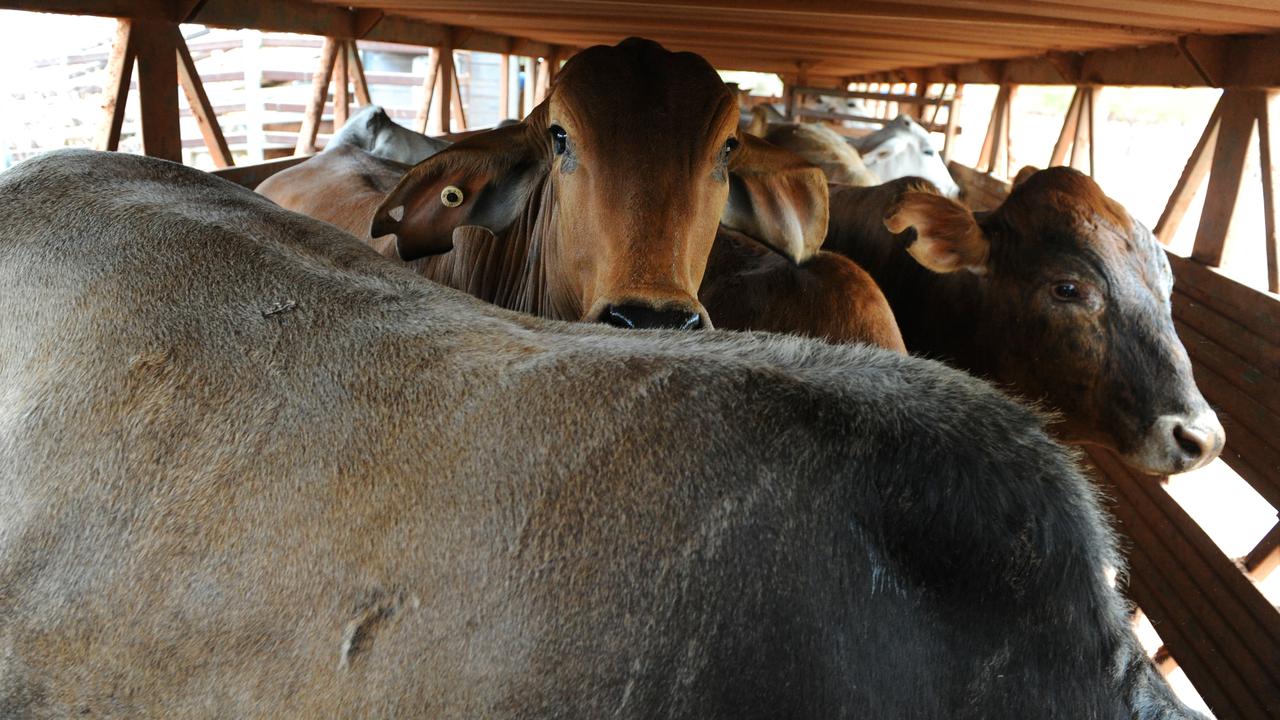 The live export industry has been beset by welfare problems over many years. (Dave Hunt/AAP Image)

CANBERRA, Australia — The Royal Society for Prevention of Cruelty of Animals (RSPCA) of Australia fears a federal government call for technological solutions to live export welfare monitoring could lead to independent observers no longer boarding ships to do the job.

“The risk is that technology will replace independent human observation,” Jed Goodfellow from the animal body said.

His concerns follow a call by Agriculture Minister David Littleproud earlier this month for technological solutions to improve the regulation of trade.

“More than AUD 2.3 million ($1.79 million) worth of Australian livestock are exported each year by sea and air, and Australia is a world leader in ensuring health welfare standards of this livestock,” he said.

“However maintaining and demonstrating good welfare outcomes currently places a considerable regulatory burden on industry, as current monitoring and reporting is largely manual, repetitive and resource-intensive.”

The government is offering grants totaling AUD 10 million ($7.7 million)to fund feasibility studies, which could include temperature monitoring and CCTV.

The Business Research and Innovation Initiative (BRII) provides an opportunity to develop solutions to improve government services, as per the Department of Agriculture, Water, and the Environment.

“The current round of the BRII includes exploring opportunities to better use technology to more effectively and efficiently monitor and demonstrate good animal health and welfare outcomes,” a spokesman said on April 24.

“This does not mean independent observers will be replaced. Rather, this work is looking at options on how the government’s regulation of the trade could be strengthened and improved.”

However, Goodfellow is not so sure.

The live export industry has been beset by welfare problems over many years, and in 2011 the government briefly banned live exports altogether.

The department was granted powers to put independent observers onboard high-risk voyages, to monitor animal welfare conditions in 2018.

But they were only placed on some ships, and the program was paused in March 2020 due to Covid-19.

“Our concern is the government does not intend to replace those observers, and they are looking at a technological replacement,” Goodfellow said.

The chief executive of the Australian Livestock Exporters’ Council, Mark Harvey-Sutton, claims he completely disagrees with the Royal Society for Prevention of Cruelty of Animals.

“There’s extensive monitoring on vessels at the moment, and technology has the possibility of enhancing that,” he said.

As per him, there had not been any welfare issues since the government paused its deployment of independent observers on some ships.

“Independent observers haven’t been present since Covid-19, and there have been no welfare problems. There’s significant onboard monitoring already,” he said.

Goodfellow concedes technology could help end-to-end monitoring of sheep on voyages and could be used to track key welfare indicators in pens, such as humidity and ammonia levels.

But he claims welfare standards must change fundamentally.

“You can have all the gadgets in the world, but that won’t change the inherent animal welfare problems with the trade,” he said.

Earlier in April, New Zealand announced it would phase out live exports entirely.

The national industry service provider, Livecorp, declined to comment on the grants scheme.