The centenary of the Royal Australian Air Force has been central to Anzac Day ceremonies in 2021. 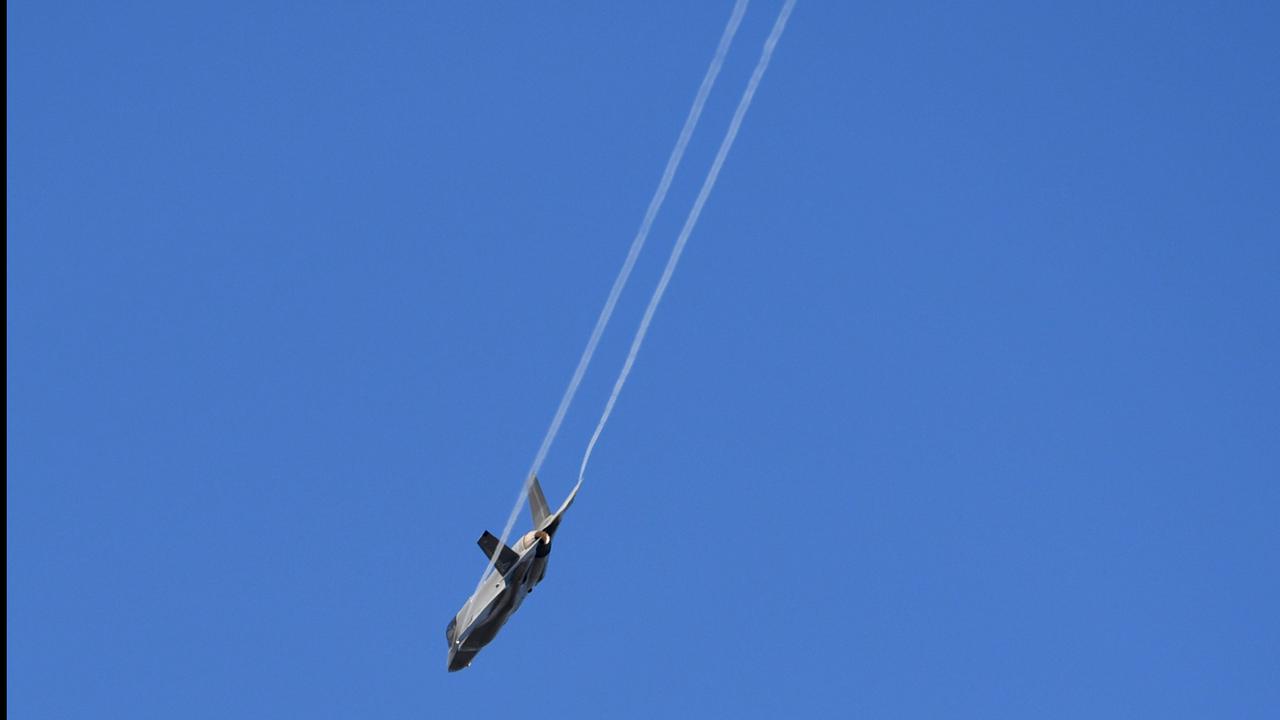 CANBERRA, Australia — The centenary of the Royal Australian Air Force has been the focal point of Anzac Day, also known as Australian and New Zealand Army Corps Day, ceremonies, telling stories of bravery by Air Force men and women.

At the national Anzac Day Ceremony at the Australian War Memorial in Canberra, Chief of Air Force Air Marshal Mel Hupfield informed the crowd that while many Anzac Day stories speak of the trenches of Europe, he wanted to mark the “equally vicious fighting in the skies above.”

At 19, Jensen trained as a wireless Air Gunner and flew with the 461 Squadron over the Atlantic Ocean, hunting the German U-boats, sinking many, and helping eliminate the threat to Allied shipping.

On one occasion, he spent 17 hours in a life raft after his flying boat was shot to pieces by enemy aircraft, Hupfield said.

“Even so, on each occasion when the time came, he got up, donned his flap jacket, climbed aboard, and did what had to be done.

The air force band played at the service while the Air Force Chief received the banner parade.

In Brisbane, at the dawn service held at Anzac Square, Queensland Governor Paul de Jersey also paid homage to the men and women of the Royal Australian Air Force.

“In its centenary year, while we pause a little longer in acknowledgment of the Royal Australian Air Force, our gratitude and unalloyed respect belong to all who have served, all who are serving.

“Over the past 100 years, the planes and technology have changed beyond recognition. What hasn’t altered is Air Force personnel’s commitment to service and their country,” de Jersey addressed the crowd on April 25.

He noted that Queensland played an integral part in the air defense of Australia and the Pacific during Second World War.

Horn Island, off the northern tip of the state, was attacked by Japanese aircraft at least eight times, while Townsville and Mossman also came under attack, he said.

De Jersey also told the story of Australia’s first known Aboriginal pilot, Len Waters, who flew more than 90 missions from the island of Noemfoor in the later stages of the Second World War.

In one instance, Waters was airborne for more than two hours with a Japanese 37-millimeter cannon shell wedged un-detonated in his cockpit.

“The Royal Australian Air Force’s history is truly a proud one, we give thanks to all who have served, and those who serve still,” he said.