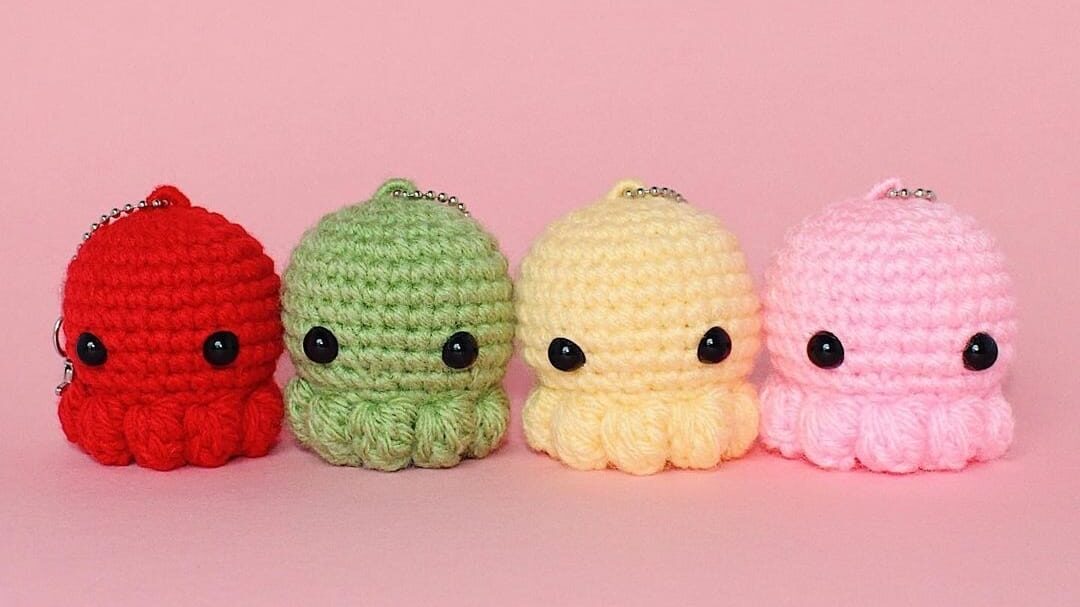 When thinking about hand-crafted items, such as palm weavings and pottery, the Mexican culture often comes to mind with its traditional artisans.

But there are now modern artisans, primarily young, talented people, who use their creativity to craft items using non-traditional techniques or materials. Some also sell them.

“In my case, I make crochet figures, as varied as my imagination allows,” said Samanta Mendoza. “Some of my figures are based on popular characters, while I take inspiration on social media to craft others. Selling them helps me to earn some extra money.”

Usually, these modern artisans learn their craft directly from others, even though they also require practice, talent and imagination.

“I taught myself by watching videos and buying threads, hooks, and needles. Part of my success was due to the promotion in social media and my boyfriend’s support. He is a teacher and began to offer my craft at his school,” said Mendoza, who is an administrative worker.

By definition, an artisan in Mexico is a craftsman who performs his job manually, without machinery, which results in a series of different products.

For many people, the artisans’ crafts are the middle ground between design and art, but for some, they are just objects without any intrinsic artistic value. Aesthetics play a prominent role while also maintaining the object’s practical aspect.

“I do consider myself a modern artisan,” said Berenice Cuevas, a store owner. “I design bracelets for men and women. I started to do this as I suffered from depression, and a girl showed me how to make the bracelets, and I began to practice them and thus, launched my store. I sell different styles with varying prices; due to the materials I use.”

One of the main problems with traditional and modern hand-crafted items is the competition with products from low-cost industrial processes, similar in appearance to the crafted items but with a lower price and quality, such as the Chinese imitation products that abound in Latin America.

“It is a bit difficult to compete with commercial and industrial lines, or those who bring foreign products,” said Cuevas. “However, a hand-crafted item has a quality and shine to itself that they cannot imitate. I dedicate a part of my life to every item I make.”

“I would recommend people to buy directly from us, to allow us to discover our products and check out the quality with which we made them,” said Mendoza. “Also, we ask people to avoid haggling, as it subtracts value from the pieces we make.”