Minister Goes To Great Heights To Help Those In Need

Michael McFadden lives his avocation — on and off the ground. 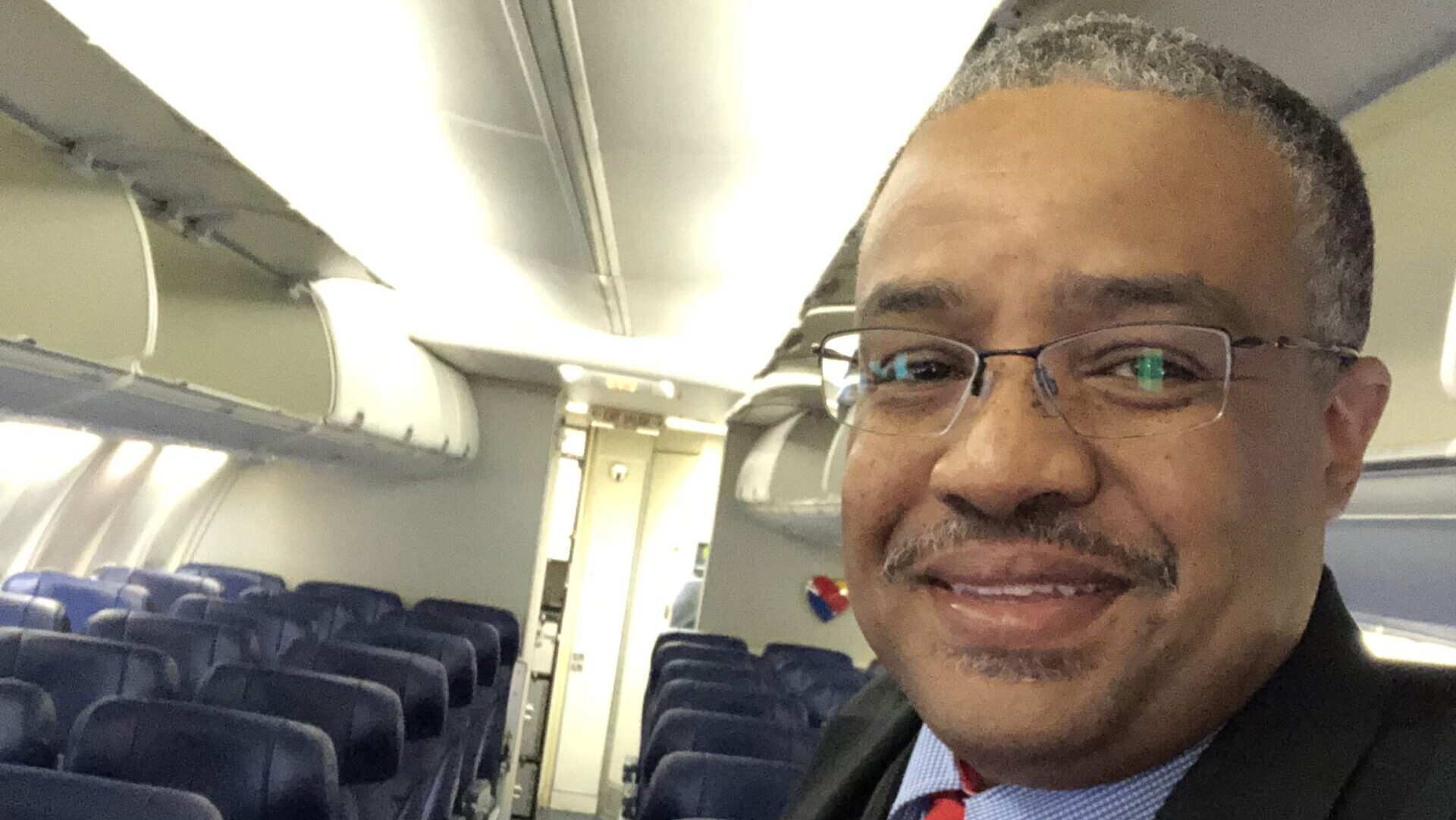 ODENTON, Md. — As an unemployed minister with a wife and three children, Michael McFadden took a job as a ramp worker for Southwest Airlines because it meant financing a new ministry and being close to one of his main passions — flying.

As he worked loading luggage onto planes, McFadden learned that his bachelor’s degree in accounting from Howard University and his master’s in human services made him more than qualified for an inside-the-cabin job. In 2014, he was hired as a flight attendant.

“I enjoyed being a ramp worker, but I was in the locker room one day and I heard about the better pay and I knew that I loved people, so I applied,” said McFadden, who sees his career as ”a match made in Heaven.”

McFadden went on to earn his multi-engine rating and then his instrument flight rating. He joined Pilots for Christ . In 2016, he started the Maryland chapter of the global organization that transports people with medical issues.

“Before Pilots for Christ, I struggled with the idea of how I could combine my two passions in life — aviation and ministry of the gospel,” McFadden said. “I didn’t know how, but I figured there had to be a way to do it.”

Members meet in a remodeled hangar of Tipton Airport in Odenton, Maryland, near Fort Meade military base.

One of McFadden’s more productive missions was in 2018, when he and other local members greeted a Maryland cancer patient at the Montgomery County Airpark in Gaithersburg, Maryland. He met the plane, and the patient had a smooth landing for his urgent flight from South Carolina.

In another case, time was critical for Jamila Nelson, who was battling bone marrow cancer and needed to get to Bethesda, Maryland, for treatment. Neither she nor her mother had the finances for an immediate commercial flight.

She reached out to the North Carolina Chapter of Pilots for Christ and two pilots flew her and her mother to Bethesda. McFadden and another team member drove the women to a local hotel where they stayed while Jamila was being treated.

“I know I have found the answer to my deepest desire,” McFadden said. “Through Pilots for Christ, I can use my aviation skills to help those who need urgent transportation but lack the resources.”

In addition to several commercial airline pilots and a helicopter pilot, McFadden has recruited members of the College Park Church of Christ to be part of the group, including Jason Henderson, a physical therapist, and Jenise Murray, whose husband died of sickle cell anemia. Both Henderson and Murray made presentations on a recent Saturday to a group gathered at the Fort Meade hangar.

As McFadden waits for his next mission, he is recruiting other people to be part of the Maryland chapter. Last weekend, he signed up about 20 new members, including women and children.

“My passion is to be able to use aviation in a way that I can bring service to people who are in need of medical attention and also to educate our youth about life and aviation,” he said.

“I want to be able to use my aviation skills to bring Christ deeper into the lives of those who need help,” said McFadden who has a dream of purchasing his own six-passenger aircraft. “I am like the Good Samaritan, except my donkey has wings!”