From Defendant To Defense Attorney: How Naji Mujahid Fenwick Flipped The Script

A routine traffic stop that turned hostile helped turn a criminal into a law student. 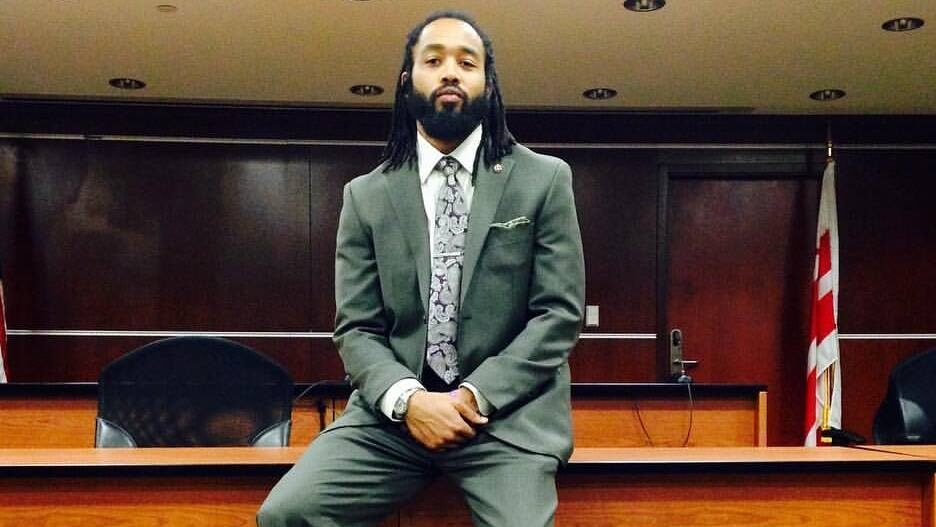 Over the years, routine traffic stops have produced some unexpected, life-altering results. Recent encounters with law enforcement recorded on cell phones and police officers’ body cams have become public and, in some cases, viral moments.

Naji Mujahid Fenwick was accustomed to routine traffic stops. He was a petty criminal who had been arrested 25 times. But one particular stop changed his life. An encounter with a hot-headed cop didn’t sit well with Fenwick. So, he took drastic measures to assure he wouldn’t be on the wrong end of police interaction again. He enrolled in law school.

The lifelong defendant then became a public defender and eventually a defense attorney. Sitting on the other side of the table, defending citizens in a position he knew well, Fenwick defined changing the narrative.

How did he do it? Fenwick shares his story of resilience and perseverance with Zenger News.

Zenger: You shared a mugshot of yourself from several years back, and then you shared a picture of yourself as an attorney. Could you give us some context on each?

Fenwick: That mugshot is from the mid-2000s. The interesting thing is, I wasn’t involved in super- criminal activity. I was taking care of my family. Some of the stuff I got in trouble for: vending without a license, having bootleg CDs and DVDs. That’s what I went to jail for.  I got arrested 25 times between 2004-2010, so I don’t even remember what that particular mugshot was for.

But I can tell you, one of the most significant arrests was the one that caused me to decide to go to law school.  I was driving in D.C. They can’t do this anymore, but they used to be able to pull you over for having an air freshener hanging from your mirror because it was an obstruction of vision. They would use it as a pretext stop. Then next thing you know, they wanna pull you out your car and go through your stuff.

I thought I was going to have a normal traffic stop. But I didn’t. I got pulled over and it was a big white cop. He comes over to the car, and he asks me to get out of the car. I asked him why he pulled me over. We’re going back and forth, and I got a little confidence at the moment because I know my stuff is legit. Eventually he says: “Get out the car or else I’m going to pull you through this window.” Having been in multiple negative experiences with police before, I knew he wasn’t joking.

As I’m standing there watching him do this illegal search to my car, I’m having this dreadful feeling — a mixture of shame, helplessness and weakness. Because I knew I was right. It’s one thing if you’re getting pushed around, and you’re not on the up and up. In this case, I was supposed to get treated like a person. Submitting to that and acquiescing to something that I knew wasn’t right, it was an awful feeling I will never forget.

Other circumstances, I stood up for myself even though I wasn’t all the way in the right, at least I went down with a fight. This time, I didn’t go down with a fight. I just went down. I didn’t like it. I can’t fight these people, I can’t protect myself, so I’m going to play their game. I’m going to level the playing field, and I’m going to be able to fight these people on their own terms, which is with the law. Now, once I get them on the stand, they are on my terms.

Zenger: Before we talk about your move into law, what advice do you have for anyone who gets pulled over in similar circumstances?

Fenwick: When you get stopped by the cops, lock your doors. They will open your door for you, if it’s unlocked. And crack your window. Don’t roll your window down so far that they can reach in and unlock the door or anything like that. They don’t like it when you do that because they want to be able to do what I just described. The only thing you need to be doing is giving them your license and registration and the window doesn’t need to be all the way down to do that.

Sometimes, they will get into other things, show us your hands and things like that. Even then, if you got it cracked you can put your fingertips out of the window. Your entire wrist doesn’t have to be out of the window. Crack your window, don’t roll them all the way down. Don’t make yourself more vulnerable. I hadn’t had that advice, so my window was down. I knew he would reach in and get violent. I knew it wasn’t going to go well. I’ve been in fights with cops before. They beat you; they mob you, they mace you.

Zenger: Tell us about becoming a defense lawyer.

Fenwick: I went to law school with the intention of becoming a public defender. I did that, but I’m not a public defender anymore. I wanted to be able to be a protector and an obstacle in the way of police and the system and doing people dirty. It was very cathartic for me and very personal. It was my way of fighting back against the kind of injustice I had been subjected to, but also others.  Now, looking back on several instances that I was involved in, I’m lucky I didn’t get shot.

Zenger: Law school isn’t easy and passing the bar exam isn’t easy. It sounds like you used those experiences as motivation.

Fenwick: That’s correct. A lot of people get into law school, and they don’t know exactly why they are there. I knew why I was there. I did several internships in public defender’s offices in Alexandria, Virginia, in Washington, D.C., and Charlotte, North Carolina. I was grown, had children and a family. So I knew I didn’t have the bandwidth to be a straight-A student, so I didn’t put that pressure on myself.

Zenger: How did it feel to be on the other side of the table in court?

Fenwick: The reason I went to Charlotte is because that was one of the few places where you can intern as a public defender, but also be able to practice. Not every place gives you that opportunity. The first time I went into court, it was for a program I was doing at UDC [University District Columbia]. It was a clinic called “Law Students In Court.” It was a simple case, and I got it thrown out.

Going in there, I was confident and excited. After all, these were courtrooms in a building that I had once been shackled in. There I was, coming in wearing a suit. It was surreal.

Zenger: Your next stop was Philadelphia?

Fenwick: Yes, and when I got there, I had an aggressive, take-no-prisoners attitude. In some instances, that approach can be counter-productive, if you don’t know when to pull back. That’s something you have to learn, but you have to be yourself. I’ve ruffled some feathers, but I like to think they were feathers that needed it.

Zenger: What advice would you give to someone with a criminal record who feels what you’re doing is not attainable?

Fenwick: I remember being about 25 and looking around thinking: Life is not where I would like it to be.  A certain amount of arrogance comes when you’re in your later teens and early 20s. You think you know everything, you’re in the moment and having fun.

At about 25, you start looking around and realizing things aren’t right. I think people experience a wake-up call about that time. The key is to be willing to find a way. Trying to do something when there is the possibility of failure is not easy. They say, you get knocked down, you have to stand back up. But after you get knocked down two or three times, it’s not easy to stand up anymore. You have to have the will.

«Previous Post
‘No Criteria’ For Fire Grants In Australian State: Inquiry»Next Post
Minister Goes To Great Heights To Help Those In Need