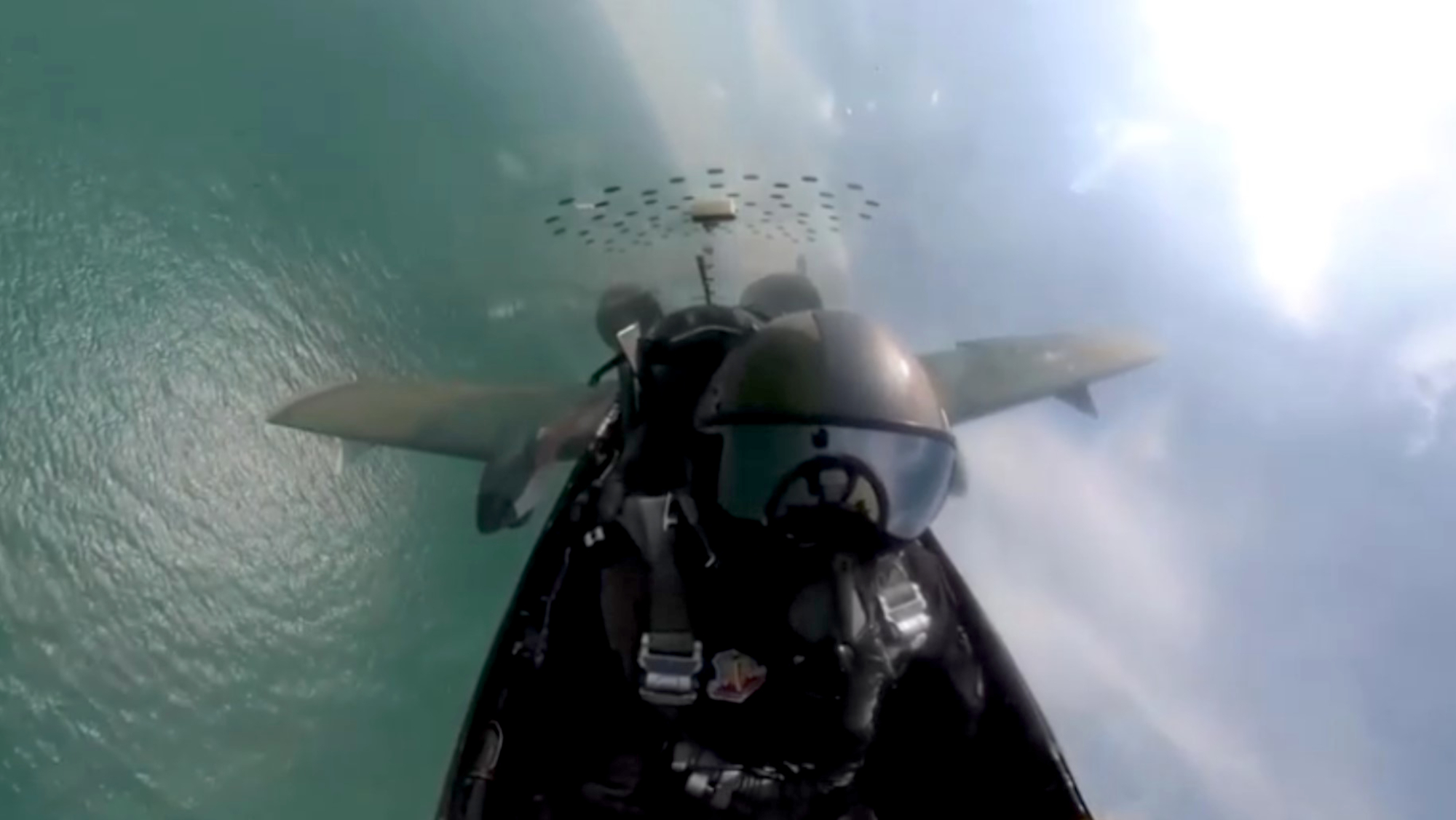 Thrilling views from inside the cockpit of an A-10C Thunderbolt II give a glimpse of a U.S. Air Force pilot’s highly technical skills.

The video is part of the Air Combat Command A-10C Thunderbolt II Demonstration Team flying over the water and expertly turning at the Cocoa Beach Air Show in Florida on April 17.

The same type of aircraft, also known as the Warthog, the “flying gun” and the Tankbuster, was used in Operation Desert Storm (Persian Gulf War) in 1991, Operation Enduring Freedom in Afghanistan in 2001, and in Operation Iraqi Freedom, beginning in 2003.

“The mission of the aircraft is ground attack against tanks, armored vehicles and installations, and close air support of ground forces,” the Airforce Technology website states.

“The A-10 is suitable for operation from forward air bases, with short takeoff and landing capability. The aircraft has a long range (800 miles), high endurance and can loiter in the battle area.

“The maneuverability at low speed and low altitude allows accurate and effective targeting and weapon delivery over all types of terrain,” the site states.

This year’s Cocoa Beach Air Show also featured the U.S. Air Force Thunderbirds, in addition to other demonstration teams and types of aircraft.