Even At 40, Chris Arreola Remains A ‘Nightmare’ For Opponents

Heavyweight boxer aims to triumph over Andy Ruiz on May 1. 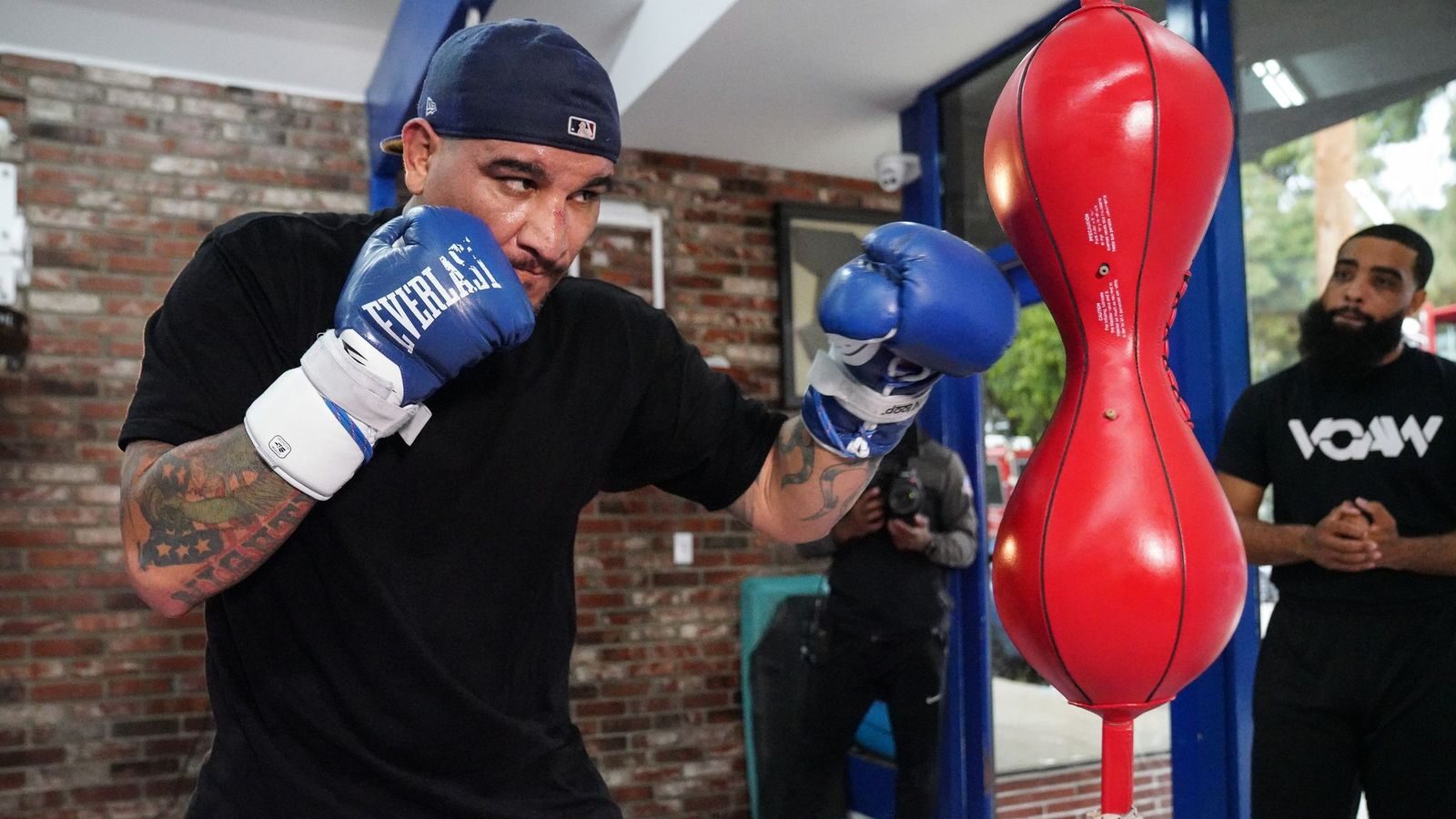 Although Chris Arreola didn’t compete last year, he definitely earned the rest. In his August 2019 bout against Adam Kownacki, the two heavyweights would break a CompuBox record for punches thrown at 2,172. (The previous record was the 1,730 punches thrown in a 1997 clash between Ike Ibeabuchi and David Tua.)

On May 1, Andy “The Destroyer” Ruiz will find out. The two Mexican warriors will clash in what’s guaranteed to be action-packed main event on Fox Sports PBC Pay-Per-View.

Arreola (38-6-1), with 33 knockouts, is known for his in-your-face relentless pressure, great chin and action-packed fights. He wants back in the win column after losing a unanimous decision to Kownacki.

Ruiz (33-2-0), with 22 knockouts, shocked the world in June 2019, when he upset Anthony Joshua after taking the fight on short notice. Subsequently, he would lose the rematch and is seeking to enter the win column, too.

Arreola took some time while at training camp to talk with Zenger News about his preparation for Ruiz, how his defense has to be on point and what he learned from sparring with Ruiz years ago.

Zenger: How is preparation going for your fight against Andy Ruiz?

Arreola: Preparation is hard and tough, just how I like it, man. Every day I’m sore, and I’m tired. And sometimes I don’t want to come to the gym. But hey, this is my job, this is the career I chose. I’m just chopping wood. One day at a time.

Zenger: I understand you sparred with Ruiz a long time ago. Given that so much time has passed, and he is a different fighter now, what could take away from those sessions?

Arreola: His hand speed. Everything else could change, his style could have changed, but his hand speed won’t have gone away. That’s one thing that I have to be aware of — bring my hands back and make sure that I don’t get caught by a stupid punch, like I did with [Bermane] Stiverne … twice.

Zenger: As a fighter, you always leave it in the ring. Your last fight, you broke a 34-year-old record for CompuBox, throwing 1,125 punches, the most by a heavyweight. What does that say about you at 40?

Arreola: That I do have a lot left, and all credit goes to Joe Goosen for working me.  Joe pays attention to everything I do. If I drop my hand, he’s on top of it.

Zenger: As a heavyweight fighter, do you feel you need to match that output, or would you like to scale back and do something that could lower that number for this fight?

Arreola: I’m not worried about that. I’m worried about putting on a great show and throwing punches. I’m working every day, harder than I was for the [Adam] Kownacki fight. I have already been out here in LA for two months with Joe. I feel great. The punch output is not an issue. The issue is to make sure I have my defense on point. That I have my hands up. That I move my head and counter at the right time.

Zenger: Ruiz throws big shots in spurts, but he has shown the ability to rumble. What are you expecting from him?

Zenger: When you were sparring Andy Ruiz, you were already a very established fighter. For you to still be in the game and relevant enough to be headlining a PPV against Ruiz says a lot about what you have given to boxing.

Zenger: You have been must-see-TV for a long time. Do you feel that’s why you could headline your first PPV at 40?

Arreola: My willingness to give myself to them, and I love what I do. I’m a very fortunate man to be a heavyweight. I’m very fortunate to be 6-feet-4 and still be doing this. I’m lucky that my dad was in my life. He may not have been the best trainer, but he was there. I started at the seven, so I’ve been in the boxing game for 33 years. That’s super crazy to think about, so I don’t. I think about: I’m a fighter, I’m a boxer, this is me, this is who I am — and this is what I do.

Zenger: For anyone tuning in on May 1, what can they expect from “The Nightmare”?