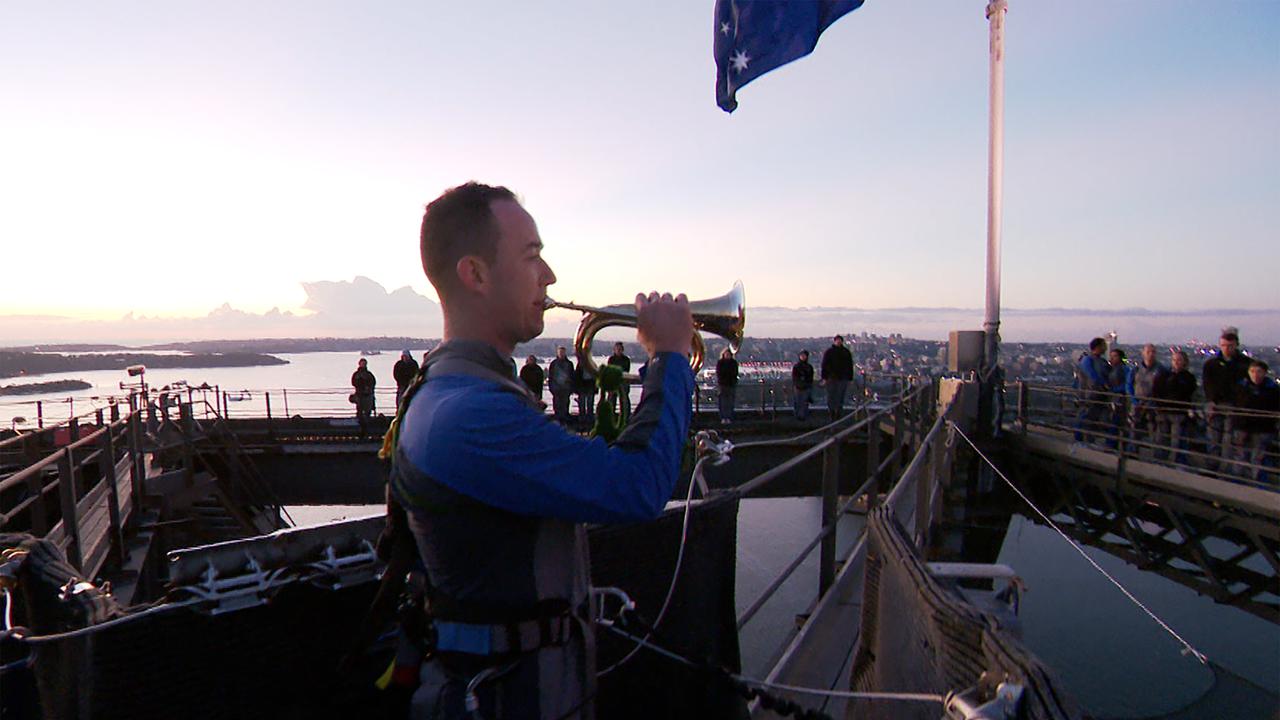 A lucky few have been permitted to commemorate Anzac Day at the apex of the Sydney Harbour Bridge. (POOL, Nine/AAP Image)

SYDNEY — At the top of the Sydney Harbor Bridge, Royal Australian Navy Lieutenant Danielle Couch stood still in the cold, watched the Anzac Day sunrise, and listened to the Australian flag flap in the breeze.

The 28-year-old Royal Australian Navy principal warfare officer was one of the lucky few to commemorate Anzac Day at the apex of The Coathanger — 134m above the water.

“It was incredible — such an iconic landmark of Australia, and during the silence period, we got to listen to just the sound of the flag blowing in the wind, which I found particularly moving,” she said. 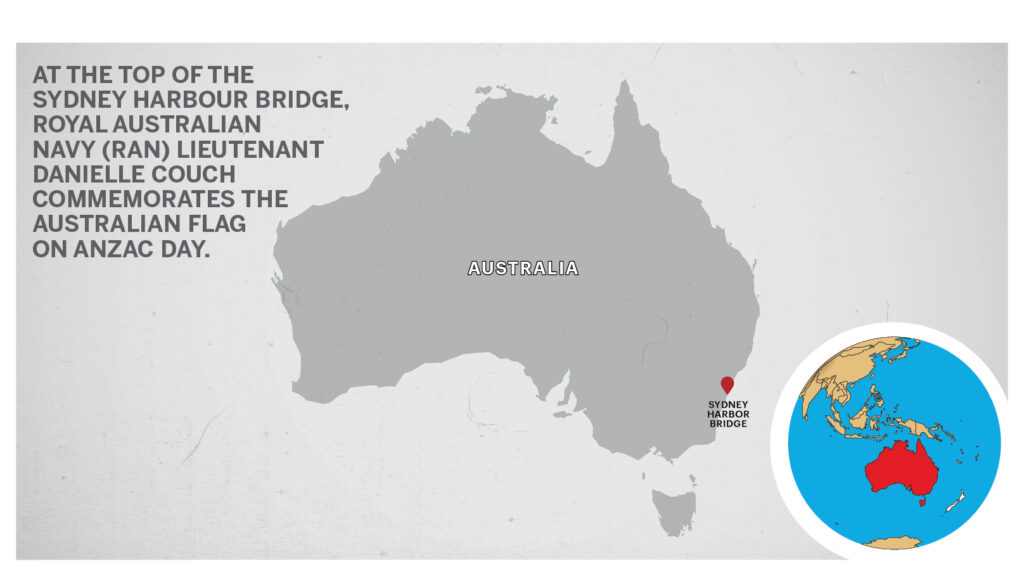 “The silence I find is the most moving part because it would’ve been very silent before they landed there (at Gallipoli) 106 years ago. A good time to go through what you think they might’ve been going through.”

Lt Couch and Royal Australian Navy colleague Emma Burr won a Returned and Services League New South Wales giveaway to scale the bridge, having made their pitch in writing for a spot at the dawn service.

Lt Couch, in her submission, outlined her wish to commemorate the day alongside her husband and best friend, both in military service.

Having commemorated the 100th anniversary of the Gallipoli landing in 2015 at Anzac Cove, she claims April 25 was no less memorable.

“It’s a time to reflect and also appreciate the sacrifices that have been made for this country, particularly those who have served.”

RSL LifeCare general manager Nicki Young, whose organization hosted the Anzac Day dawn service on the bridge, claims the experience was unique – particularly after the difficulties of a pandemic-affected 2020.

The bridge-top Anzac tradition began in 2006, but LifeCare (which provides support services to veterans) hosted the event for the first time this year.

Young claims a full Anzac dawn service was held, including prayers, an ode of remembrance, and a bugler.

“On top of the bridge, there were probably 20 or 30 people, so it was a bit surreal — a small crowd, intimate, and a real opportunity to reflect and take in the view and think about those who’ve come before us,” she said.

“For us in the military and veterans, camaraderie and mateship are some of the key cultural aspects of our service and probably what keeps us serving. Not having that opportunity to get together (in 2020) and tell your stories and have a bit of a laugh with your fellow mates, that was really tough.”