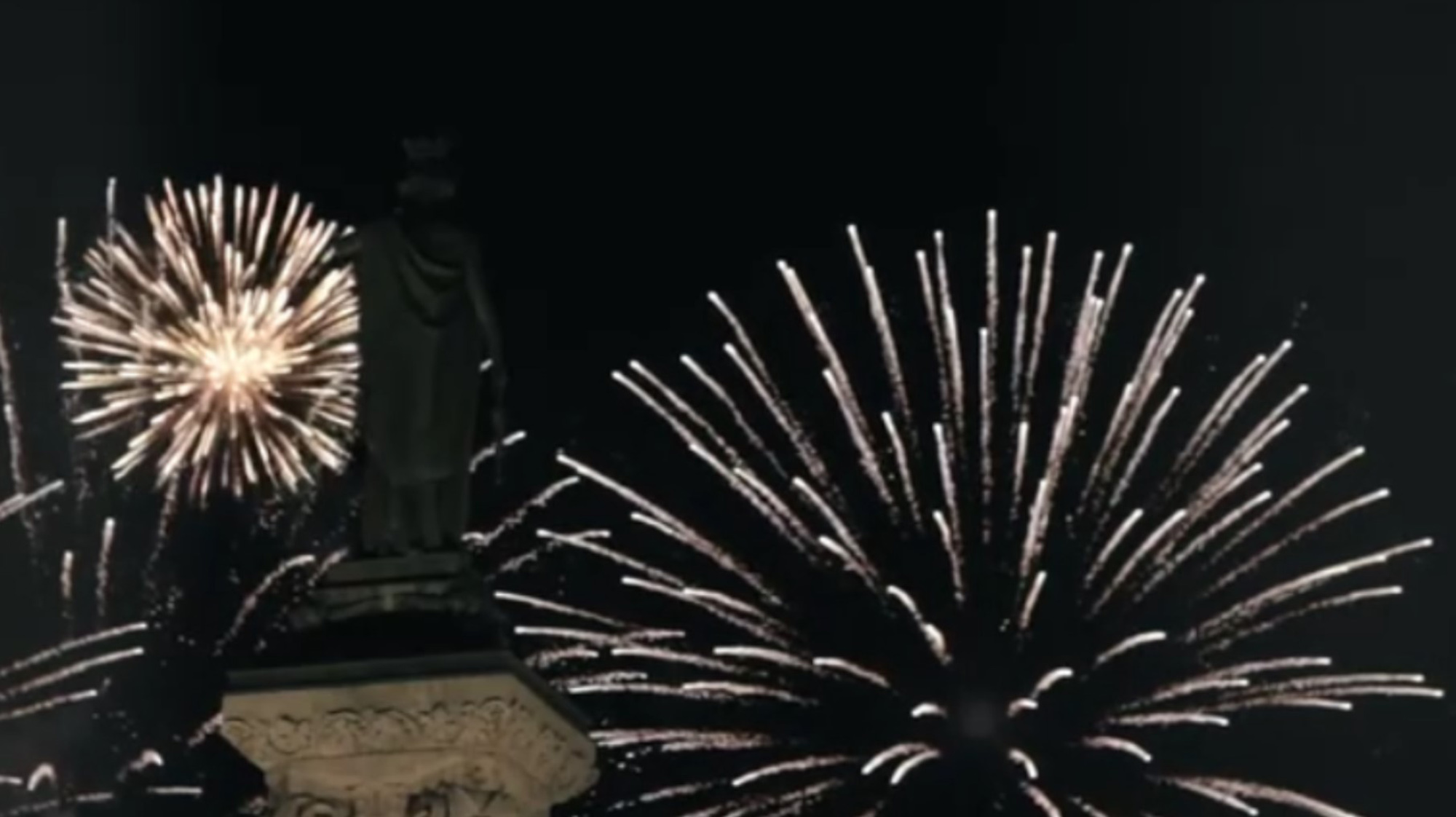 The mayor of Pamplona has canceled Sanfermin festivities this year due to concerns over spread of the coronavirus. (Ayuntamiento de Pamplona/Real Press)

The world-famous Pamplona bull run has been canceled for a second year due to fears of a COVID-19 outbreak.

The celebration known as Sanfermin was scheduled to take place from July 6-14 in the northern Spanish city in the province of Navarra. But Mayor Enrique Maya announced on April 26 that the festival was canceled.

Navarra is among the worst affected autonomous communities in Spain, with 432 cases for every 100,000 inhabitants reported over the last two weeks, the mayor said.

“The vaccination program has progressed much more slowly than expected, and only 202 people out of every 1,000 have received one dose,” Maya said.

The mayor told residents the decision was made with their best interests at heart: “I care about your well-being above all else.”

The weeklong Sanfermin celebration includes the running of the bulls, as well as a parade and a traditional Basque sports competition featuring wood chopping and boulder lifting.

The festival was bought to the attention of the English-speaking world by Ernest Hemingway in his 1926 novel “The Sun Also Rises.”

Spain has been among the countries hit the hardest by COVID-19. Johns Hopkins University reports 3,488,469 confirmed cases and 77,496 related deaths as of April 26.