VIDEO: Ready For My Shell-fie: Rescued Sea Turtle Loves Performing For The Camera

Veterinarians say the reptile is making a strong recovery after three months of rehabilitation. 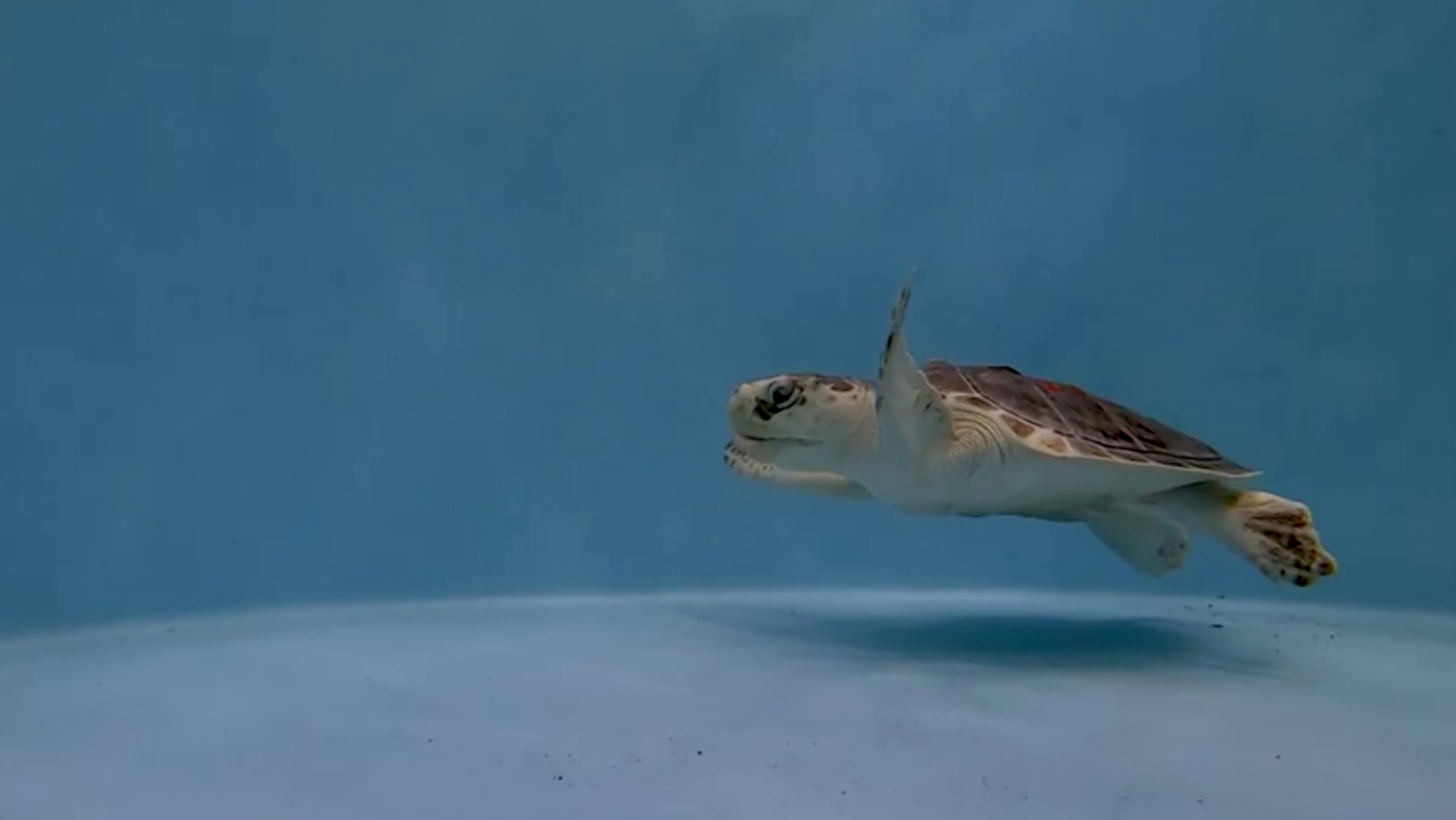 A sea turtle recovering at the Mystic Aquarium in Mystic, Connecticut, is back to swimming comfortably around its tank.

Video shows the turtle calmly swimming and munching on floating bits of food.

It is one of several rescued turtles that live in the marine park, where they have spent almost three months under the care of a special team from the aquarium’s Animal Rescue Clinic.

The turtles have been gaining weight and recently passed their medical exams, a clinic spokesperson said.

Established in 1975, the Mystic Aquarium’s Animal Rescue Program rescues and rehabilitates sick, injured and stranded marine animals before releasing them along 1,000 miles of the Atlantic coast stretching from Connecticut to Fishers Island, New York.