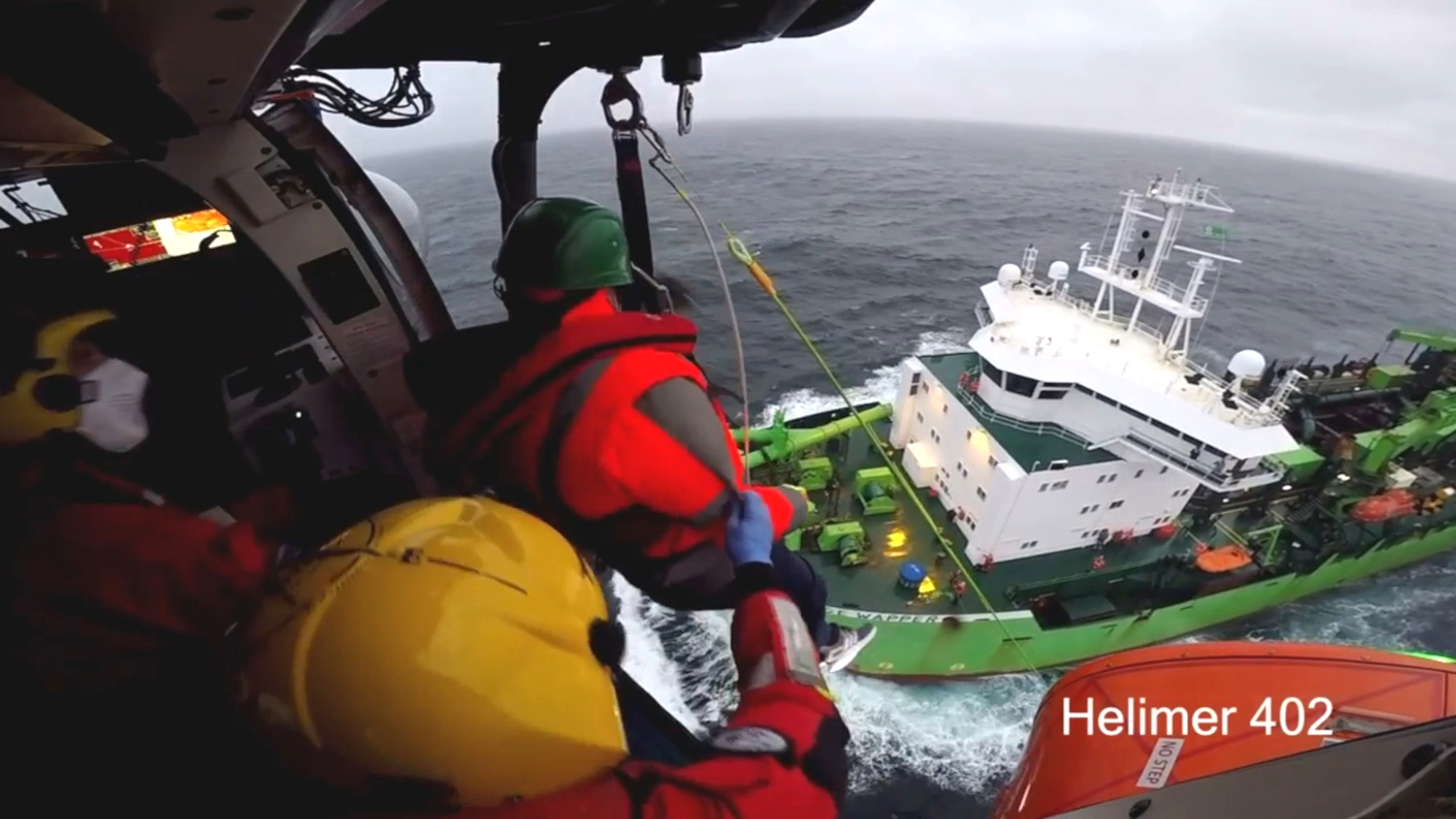 A sick crew member was evacuated from the Lange Wapper ship 240 miles off the Galician coast in Spain on April 23, 2021. (@salvamentomaritimo.es/Clipzzila)

Video shows the rescue of an ill crew member hauled to safety by a helicopter in the middle of the Atlantic Ocean about 240 miles off the Galician coast of western Spain on April 23.

The Netherlands crew member on board the Lange Wapper was found and rescued by two helicopters, a Sasemar 101 and a Helimer 402, dispatched by Salvamento Marítimo. It is the organization for maritime safety in the Spanish Ministry of Development.

The ill crew member was transported to a hospital.