Youngster hurled himself from a window as flames engulfed his home. 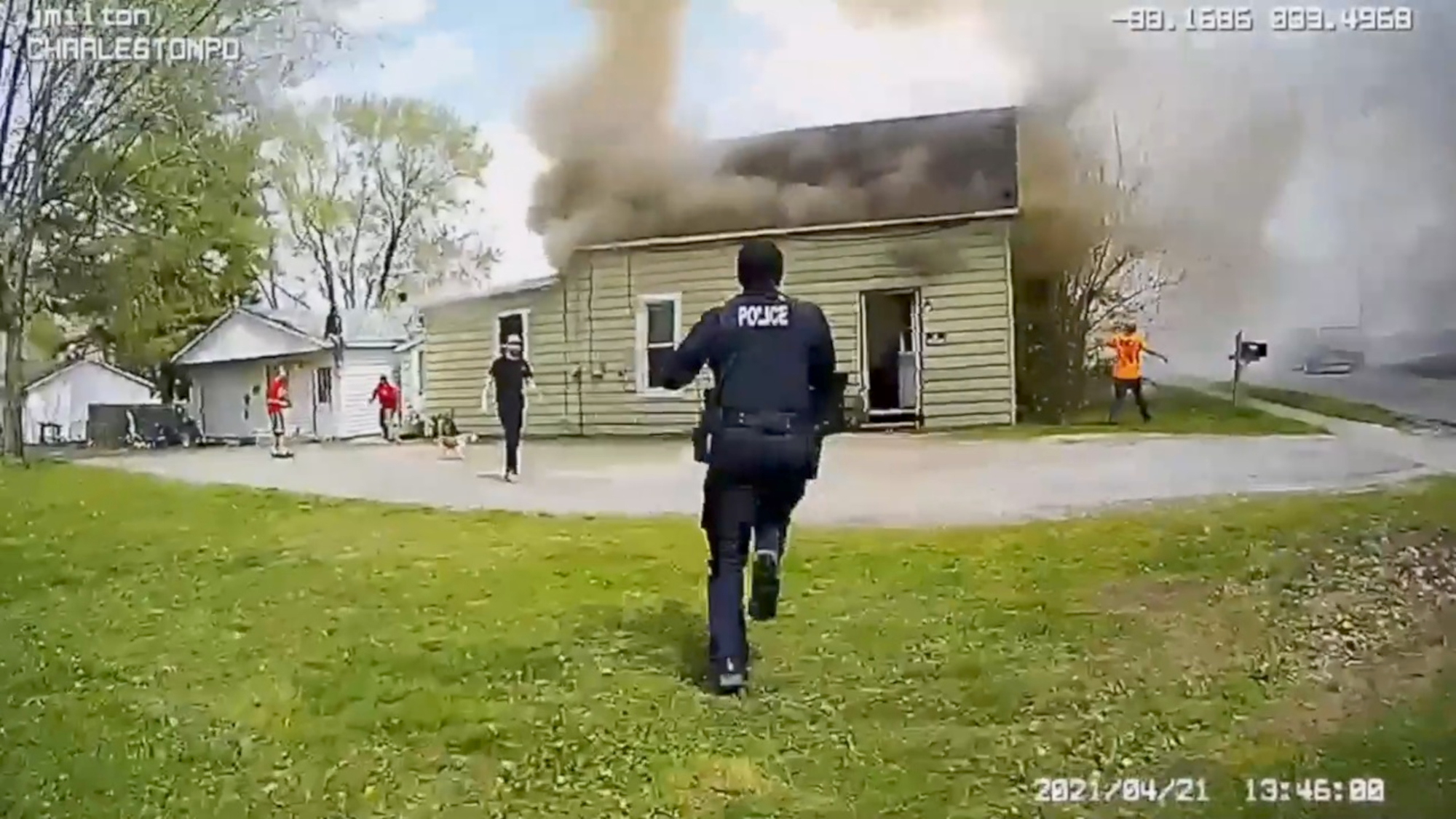 A boy was saved from this house fire in Charleston, Illinois. (Charleston Illinois Police Department/Real Press)

A police officer’s body-cam captures the moment a brave boy jumps out the window of a burning house in Charleston, Illinois, on April 21.

The video shows the officers arriving at the house, where fire burns on the first and second floors. Three officers — James Milton, Seth Brewer and Jacob Huss — stand under the window and catch the boy, who jumps at their direction.

The boy’s name and age are not known.

Upon arrival, Fire Department crews found heavy fire and smoke throughout house. Fire crews reported the blaze was under control in about 45 minutes.

The fire is still under investigation, but it appears to have started in a first-floor bathroom.

The video was released by the Charleston, Illinois, police department and recorded by Milton.