Cautious pair needs a push from zoo staff before they take to the water. 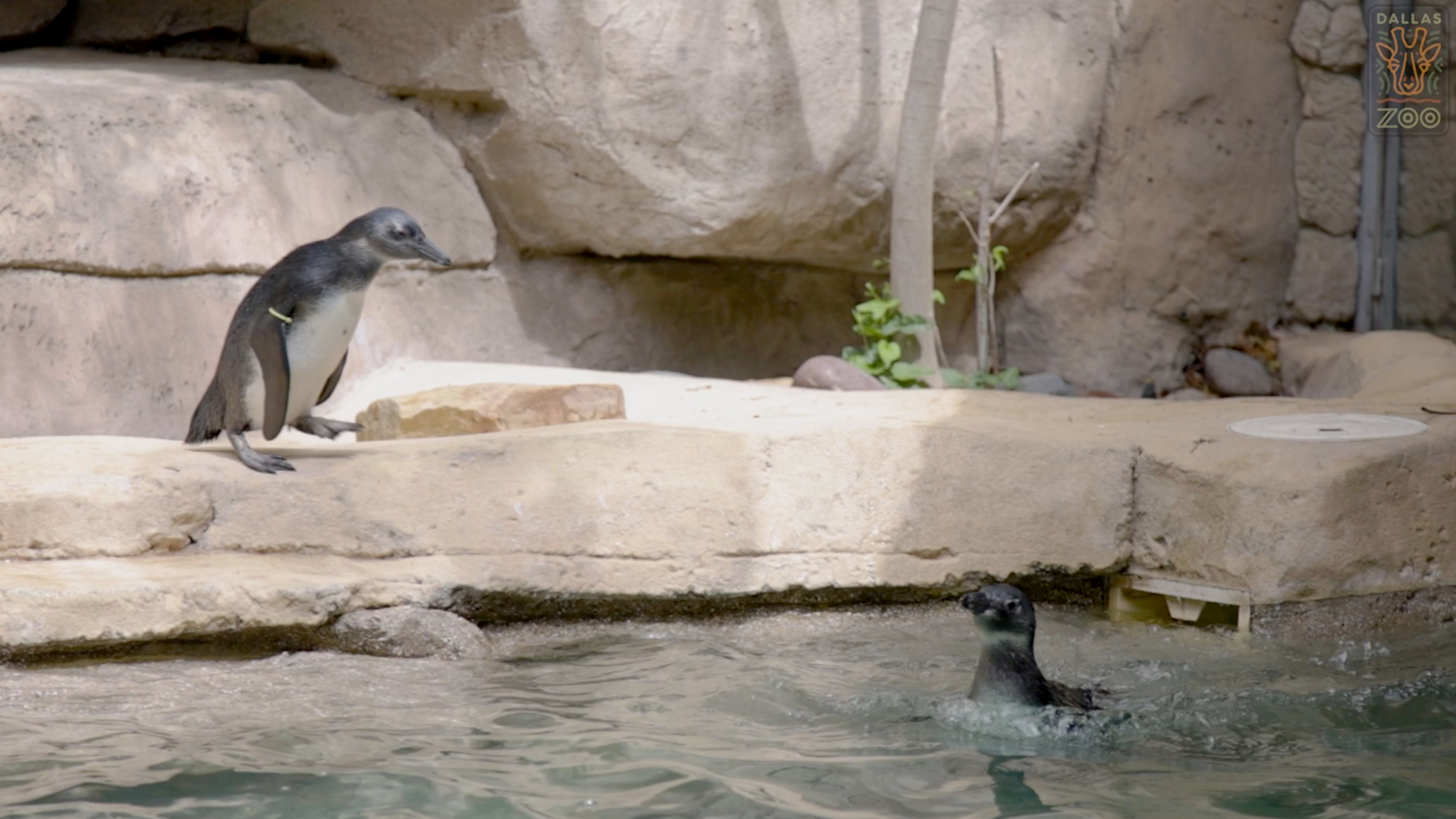 First swim of the penguin chicks at the Dallas Zoo, located in Texas. (Dallas Zoo/Real Press)

Two African penguin chicks at the Dallas Zoo experienced their first swim in front of visitors.

Video shows the penguin pair being led to the pool by a zookeeper. Hesitant about what they are supposed to do, the chicks stare at the water. One of the penguins is picked up and placed in the water by a zookeeper. The other penguin follows, jumping in the pool on its own.

Then the chicks begin to swim around while zoo visitors enjoy the scene.

“They will be swimming daily with the rest of the flock,” a zoo spokesperson said.

The older of the two chicks hatched on Jan. 20 and is being raised by parents Pickles and Althea. The younger chick hatched on Feb. 5 to parents Charlee and Tazo.

The young ones don’t have names yet. Zoologists prefer to wait a few months to be able to get to know the chicks and their personality traits before naming them.

There are 18 species of penguins — and they all live in the Southern Hemisphere. Penguins cannot fly, so they usually live on islands free of predators to ensure their survival. They come in a variety of sizes and colors and eat only fish. The smallest is the little penguin, which grows to 10–12 inches. The largest is the emperor penguin, which grows 36–44 inches.