Victorian Couple In Australia Guilty Of Owning Woman As Slave

A Victorian couple has been found guilty of owning a Tamil woman as a slave for eight years. 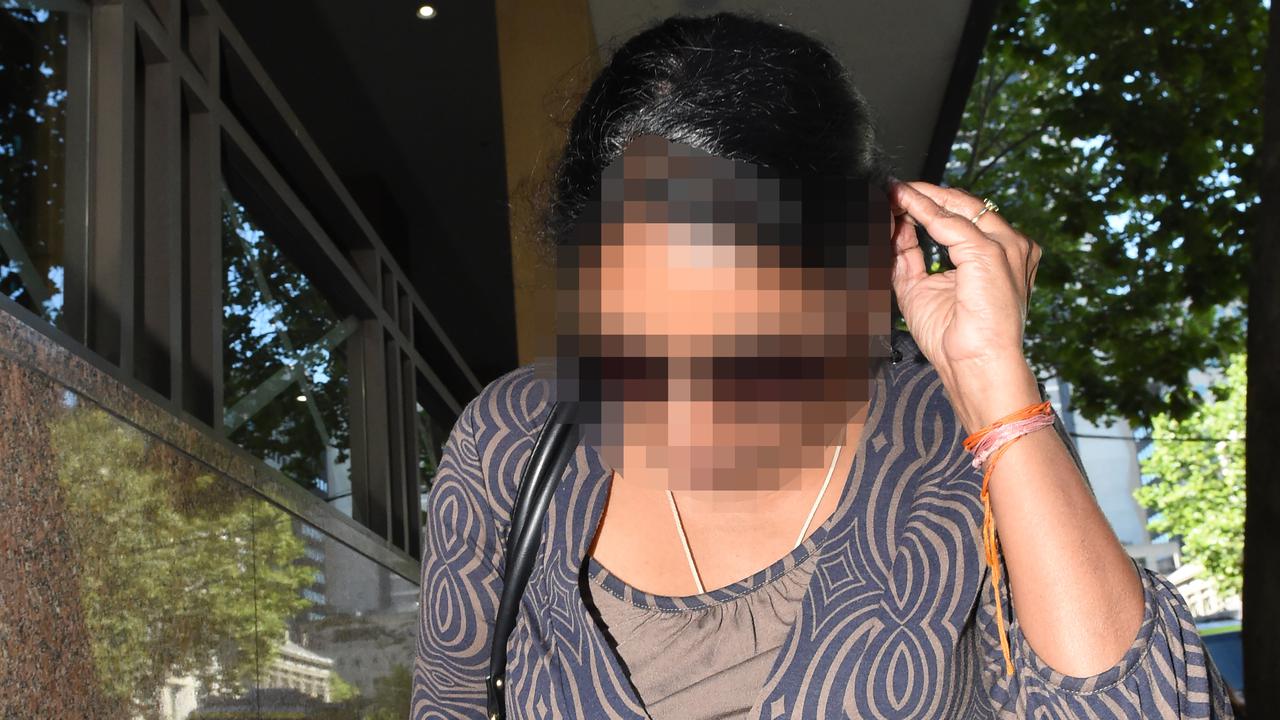 A Melbourne woman (pictured) and her husband have been found guilty of slavery. (Mal Fairclough/AAP Image)

MELBOURNE, Australia — A Melbourne couple accused of holding a woman as a slave for eight years has been convicted. A jury found the couple guilty on the afternoon of April 23 after a trial lasting more than two months.

Their victim, a Tamil woman now in her 60s, had come to the Australian state of Melbourne to care for the couple’s children twice on six-month visas before returning on what was meant to be a one-month trip in 2007.

But instead of sending her home when her visa expired, the woman continued to be held in their Mount Waverley home until she collapsed in July 2015.

The accused wife buried her face in her hands as the guilty verdict against her was read and clutched her husband when he was convicted too.

Each was found guilty of intentionally possessing a slave and exercising ownership over a person for use as a slave.

The woman had a temperature of just 28.5 degrees Celsius and was suffering from sepsis when she was rushed to hospital in a serious condition in July 2015.

She weighed just 40 kilograms and was suffering several serious medical conditions and spent more than two months in hospital recovering — and for much of that time, nobody knew her real identity.

The Supreme Court jury heard more than 30 hours of pre-recorded evidence from the victim, including several police interviews conducted at her hospital bedside.

She said she had been forced to work 23 hours a day, cooking, cleaning, and caring for the couple’s children and that the wife had abused her.

“She will take a chicken, frozen chicken, and hit (it) on my head,” she said through a Tamil interpreter.

The wife also threw food and boiling water over her head and leg.

“She’ll be drinking, and then she will throw it on my face. When it’s bubbling, she will put it on my leg,” she said.

Prosecutor Richard Maidment QC said that the couple paid the woman what amounted to AUD 3.36 (USD 2.60) per day over the eight years.

“She was known to be a person who worked hard and would tolerate being at their beck and call 24/7 during the period she was with them,” he said.

“It doesn’t take much to compare that with what one might expect … to have to pay for a live-in housekeeper and childminder.”

The jury heard the woman’s son-in-law in Tamil Nadu, in southern India, had written to the couple asking for the woman to be sent home.

But in an email chain found on the couple’s computer, the wife had replied, “f*** you”.

The couple’s lawyer applied for their identities to continue being suppressed after the verdicts.