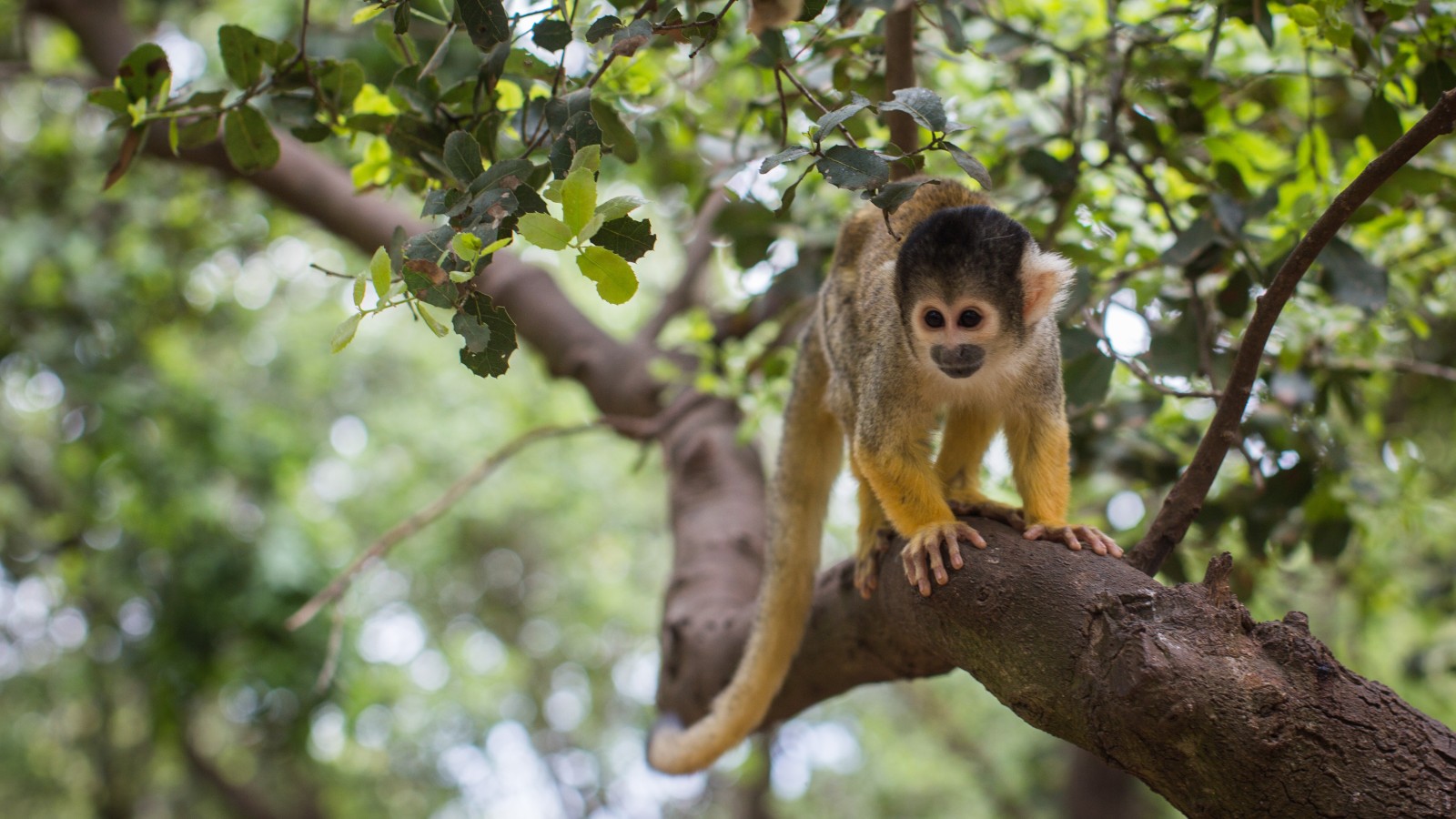 A monkey at The Monkey Forest, an animal sanctuary in the Lower Galilee. (HadasParush/Real Press)

Monkeys and humans evolved from a common ancestor over the last 60 million years. And because primates are related, they are genetically similar. Human DNA, on average, is 96% identical to the DNA of our most distant primate relatives.

That similarity extends to the mind.

A recent study has determined that monkeys have both a conscious and nonconscious mind, much like humans.

In their study, a joint Hebrew University of Jerusalem-Yale University team devised a novel scientific tool to examine levels of perception they tested on humans and monkeys. As reported in the journal Proceedings of the National Academy of Sciences, both reacted the same.

To distinguish between the two levels of perception in monkeys, the researchers created tasks whose results would differ, based on the thought process recorded.

“We started with humans and then performed the same test on monkeys,” explains Dr. Shay Ben-Haim, a joint postdoctoral fellow of the two universities.

“Each test involved a stimulus, in this case, a star, that was either presented on the right or left of the screen. The subjects would then be rewarded — points for humans and treats for animals — to look at the opposite side of the screen from where the star appeared.”

This, the researchers say, shows mankind is not alone in the animal kingdom in this regard. Further research is needed into other animals’ conscious and nonconscious processes.

Monkeys shown to have conscious minds like humans appeared first on ISRAEL21c.