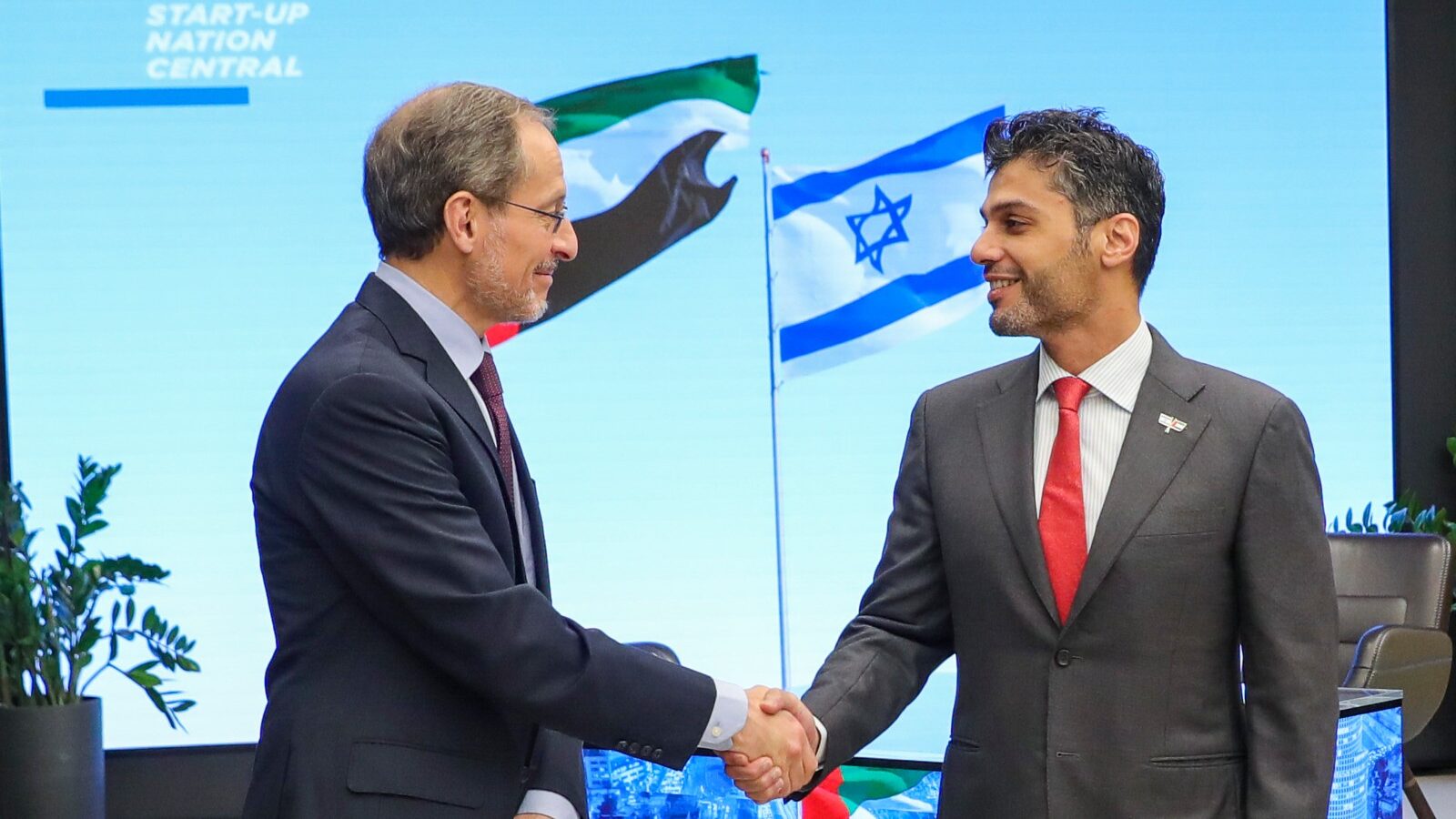 The technology and innovation oriented Israeli nonprofit Start-Up Nation Central will launch a joint innovation task force with the United Arab Emirates aimed at sharing ideas and generating economic value for both countries.

The launch was announced during a meeting between the UAE’s first ambassador to Israel, Mohamed al-Khaja, and Start-Up Nation Central CEO Eugene Kandel at the organization’s headquarters in Tel Aviv.

The two discussed possible areas of collaboration including joint events, conferences, and ongoing programs to help both nations learn about each other’s tech ecosystems.

“We are proud to partner with the ambassador and the UAE government to help advance the collaboration between our two countries,” said Kandel. “Start-Up Nation Central is an objective gateway to Israeli innovation tech ecosystem, and we are excited to play a major role in taking advantage of the historic opportunity presented by the Abraham Accords to connect UAE and Israel around technological innovation and create an immense value.”

“We are here to identify what sectors can prosper in the field of technological innovation and bridge together key partnerships that will thrive in the world market with contagious success,” said al-Khaja, adding that “Israel’s tech innovation ecosystem coupled with the future forward drive of the UAE government, are essential elements to accelerating the success of incubators through the formation of international partnerships.”

The parties agreed to leverage the already established UAE-IL Tech Zone innovation community, which has over 1,000 member entrepreneurs, senior business executives, government officials and technology companies, as a part of the new relationship.