Scientists understand what meteorites are made of after the reconstruction of an asteroid’s journey before it crashed into Earth. 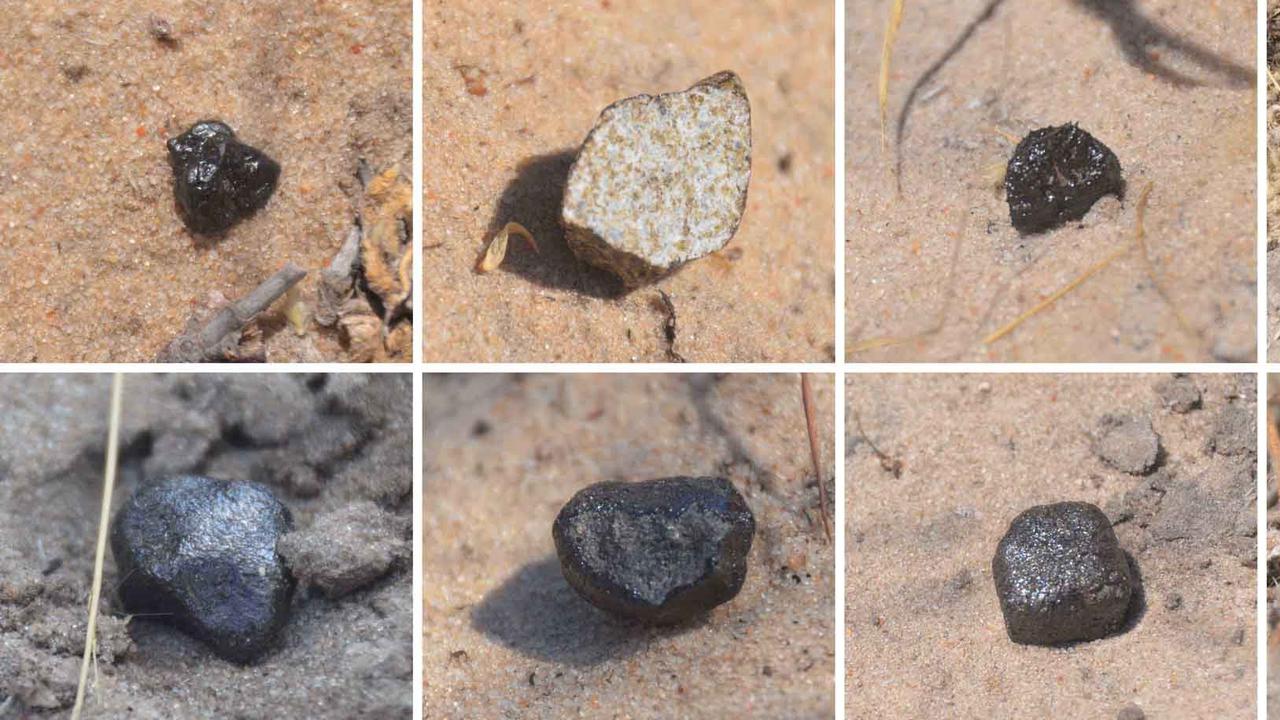 SYDNEY — A team of asteroid-hunting scientists has reconstructed a massive space rock’s 22-million-year journey through the solar system before it slammed into the Earth.

The discovery of its origin in space will help astrophysicists and astronomers better understand what Earth-threatening asteroids are made of.

Asteroid 2018LA lit up the sky when it disintegrated at about 37,282 miles per hour above the Kalahari Desert in Botswana on June 2, 2018.

CCTV camera footage captured the 5.7-ton rock’s final moments, which appeared as a huge fireball hurtling through the atmosphere before impact.

“As the asteroid broke up 16.77 miles above ground, it was 20,000 times brighter than the full moon,” astronomer Christian Wolf said. 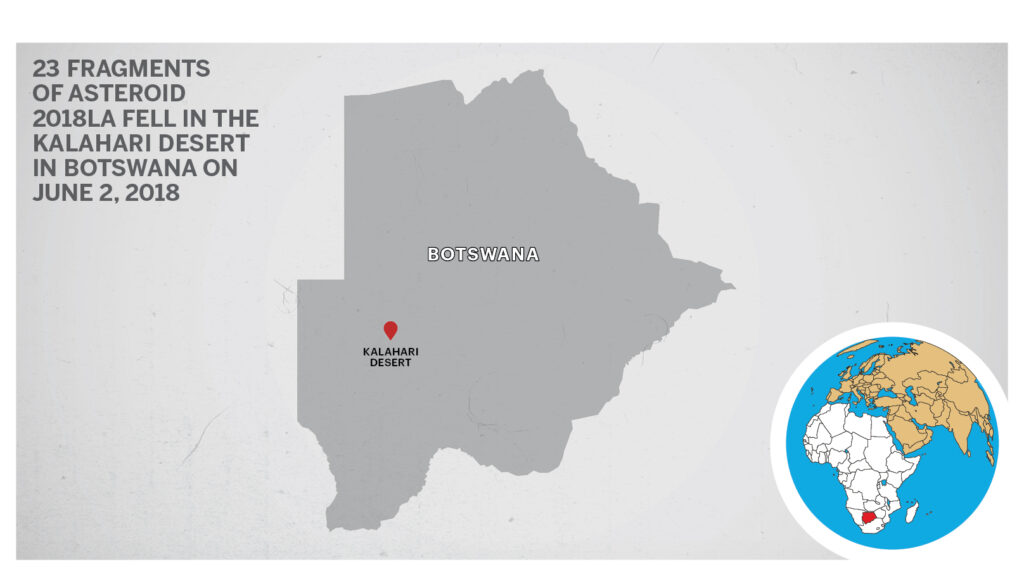 “It was the first time scientists have precisely mapped an asteroid’s voyage to Earth and only the second time one has been spotted in space before entering the atmosphere,” astronomer Christopher Onken said.

“I could hardly believe my eyes when I came upon an object that appeared to be moving across images taken by SkyMapper.”

Before the asteroid entered Earth’s atmosphere, these final images helped pinpoint the search area for pieces in Africa, where scientists later found 23 fragments in the Kalahari.

They also led to the reconstruction of 2018LA’s journey and the discovery of its origin in space.

Onken said its trajectory leads back to 4 Vesta, the second-largest asteroid in the solar system, with a diameter of about 525km.

“It’s the only one bright enough to be sometimes visible to the unaided eye,” he said.

Scientists believe 2018LA broke off from 4 Vesta about 22 million years ago during a collision with another asteroid that formed a crater in Vesta’s Veneneia basin.

“Analysis of the meteorites from 2018LA indicate it was deeply buried under the surface of Vesta before being ejected all those years ago,” astronomer Hadrien Devillepoix said.

Zircon grains found in 4 Vesta and 2018LA meteorites date back to more than 4.5 billion years ago.

The research was published in Meteoritics and Planetary Science on April 23.

Its mission is to robotically create the first comprehensive digital survey of the entire southern sky, according to the Australian National University’s School of Astronomy and Astrophysics.

The result will be a massively detailed record of more than a billion stars and galaxies, to a sensitivity one million times fainter than the human eye can see.