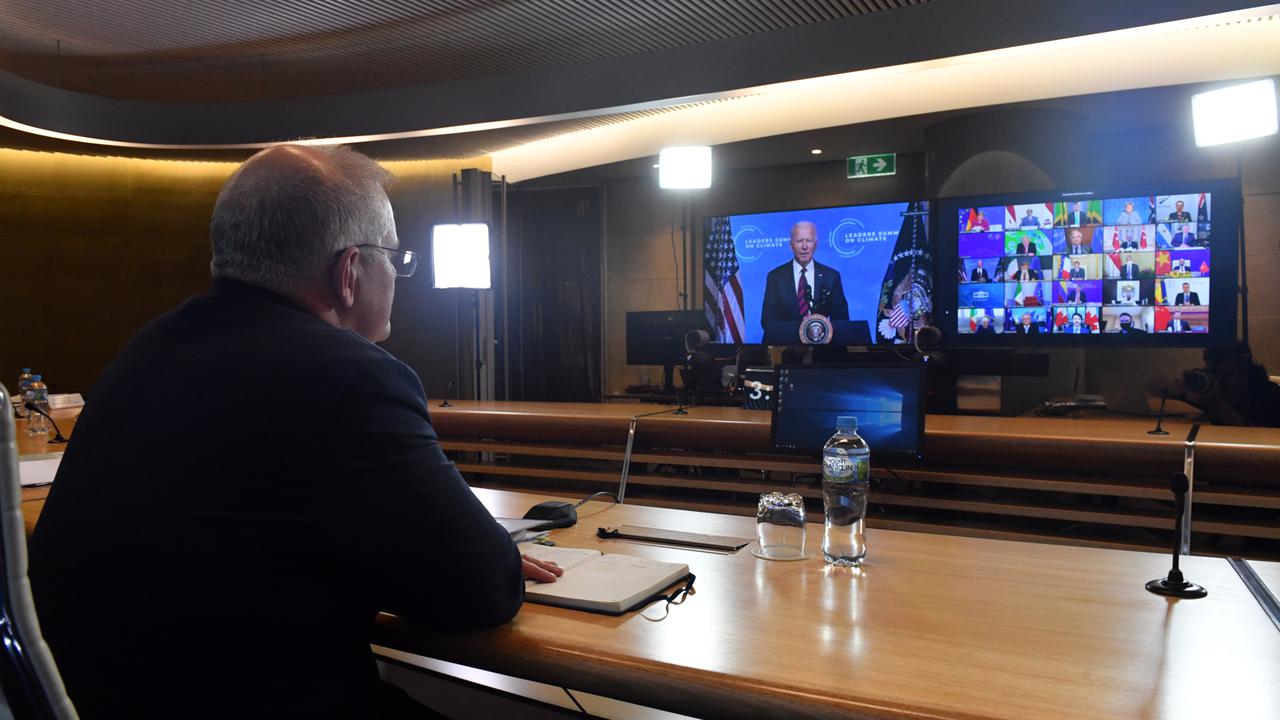 “Australia is on the pathway to net zero,” Morrison said on April 23 in an address to a meeting convened by U.S. President Joe Biden.

“Our goal is to get there as soon as we possibly can through technology that enables and transforms our industries, not taxes that eliminate them and the jobs and livelihoods they support and create, especially in our regions.”

The United States, the United Kingdom, and the European Union say they aim to achieve net-zero emissions by 2050, a target the federal government has not previously provided a solid commitment to.

“For Australia, it is not a question of if or even by when for net-zero, but importantly how,” Morrison said on Friday, adding the government was putting money towards finding new technology solutions.

“We are investing around AUD 20 billion ($15.48 billion) to achieve ambitious goals that will bring the cost of clean hydrogen, green steel, energy storage, and carbon capture to commercial parity,” he said.

“In Australia, our ambition is to produce the cheapest clean hydrogen in the world, at AUD 2  per kilogram [$1.55 per 2.2 pounds].”

Morrison commented from the Sydney Commonwealth Parliament Offices cabinet room after Biden kicked off the summit by announcing the United States would aim to cut its greenhouse gas emissions in half, from 2005 levels, by 2030.

“President, in the United States, you have the Silicon Valley,” Morrison said.

“Here in Australia, we are creating our own ‘Hydrogen Valleys’ where we will transform our transport industries, our mining and resource sectors, our manufacturing, our fuel, and energy production.

“In Australia, our journey to net-zero is being led by world-class pioneering Australian companies like Fortescue, led by Andrew Forrest, Visy, BHP, Rio Tinto, AGL, and so many more of all sizes,” he said.

Morrison’s address to the global summit was preceded by a speech from Bhutan Prime Minister Lotay Tshering. It was followed by remarks from Antigua and Barbuda Prime Minister Gaston Browne.

On April 23, the Morrison government also announced an additional AUD 100 million ($77.38 million) investment to manage Australian ocean habitats and coastal environments and contribute to the global task of reducing emissions.

“Our oceans are part of the lifeblood of our economy, and this investment will secure those jobs and the important role our oceans can play in our efforts to cut emissions,” Morrison said in a statement.

“The climate and the planet’s oceans are inextricably linked. This investment is a major contribution to domestic and international efforts to build healthier oceans and combat climate change.”