Prime Minister has agreed to fast-track the Covid-19 vaccine for all aged over 50, amid new overseas travel restrictions. 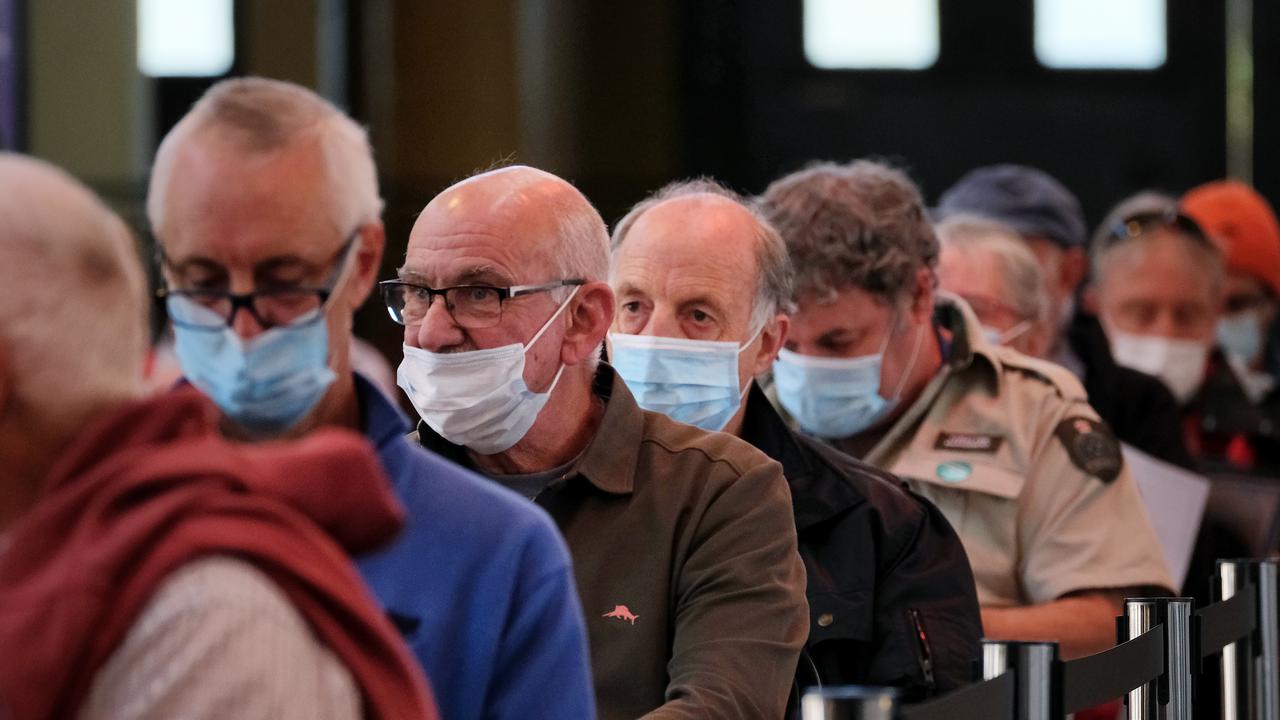 All people over 50 will be able to get the AstraZeneca vaccine from May in a rejig of the rollout. (Luis Ascui/AAP Image)

MELBOURNE, Australia — All Australians aged over 50 will be able to get the AstraZeneca vaccine from May 2021 as Australian leaders reset the coronavirus jab rollout.

The move comes as health authorities seek to make the best use of supplies of the Pfizer vaccine to finish off the first phases of the rollout — which have fallen well short of predicted timeframes — and move into a broader phase.

Earlier this month, the AstraZeneca jab was linked to rare but deadly blood clots and was not recommended to Australians under 50.

To ramp up the rollout, Australians aged over 50 can get the AstraZeneca jab at state and territory facilities and GP respiratory clinics from May 3, before all GP clinics have them from May 17.

Nearly 1.8 million Australians have now been vaccinated, with about 60,000 doses administered each day.

The federal cabinet, chaired by Prime Minister Scott Morrison on April 22, also agreed to tackle the problem — raised by several premiers — of a high proportion of hotel quarantine cases coming from India and other high-risk nations.

The government will cut the number of repatriation flights from India and the number of direct flights allowed to land in Australia.

It will also be more challenging for Australians to be granted an exemption to travel to India, and pre-flight Covid-19 test requirements for people returning will apply.

“As time goes on and the pandemic continues to rage, there are countries that are frankly of greater risk than others,” Morrison informed reporters in Canberra.

India recorded more than 314,000 cases in one day, according to its most recent figures, the worst single day for any country during the pandemic.

Australia could also include other countries in the restrictions once Australia drafts its high-risk nation list, similar to that in the United Kingdom.

Labor leader Anthony Albanese visited a Melbourne nursing home on April 22, where no residents or staff have been vaccinated.

“What a debacle. The residents of St Kilda’s Sacred Heart Nursing Home were told this week they will finally receive their jab — next month,” he said.

More than 118,000 aged care and disability residents have received the first dose, but the figure falls to just over 65,000 for complete vaccinations.

There are about 190,000 people in those groups, considered to be among the most vulnerable.

The numbers are overwhelmingly in aged care, with just 6.5 percent of all disability residents receiving a jab.

“We will soon have them completely protected, and they are the single most high-risk group in this country and all around the world from Covid-19.”