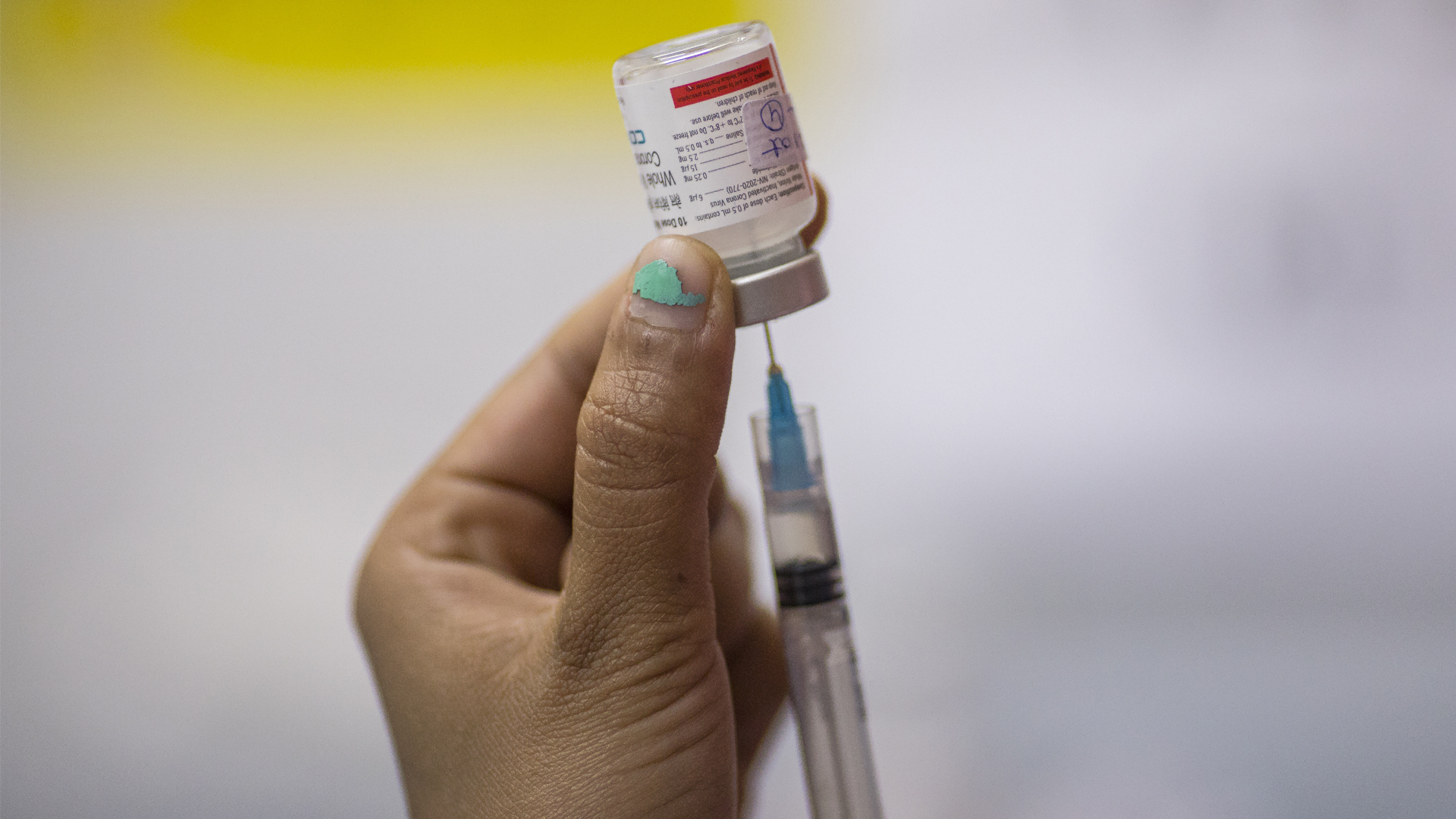 A health worker prepares a jab of the Covaxin coronavirus vaccine at a vaccination center. (Anindito Mukherjee/Getty Images)

KOLKATA, India — Amid reports of daily Covid-19 cases crossing 300,000 and vaccines going out of supply in India, hundreds of vaccines were stolen from a hospital in the northern Indian state of Haryana on April 22.

But the thief — who stole 1,710 Covid-19 vaccinations from the P.P. Center General Hospital in Jind, Haryana — later had a change of heart.

“Sorry, did not know they were ‘corona medicines’,” the thief scribbled on a piece of paper, attached it to a bag, and left it near a police station around 12 hours after stealing the vials. 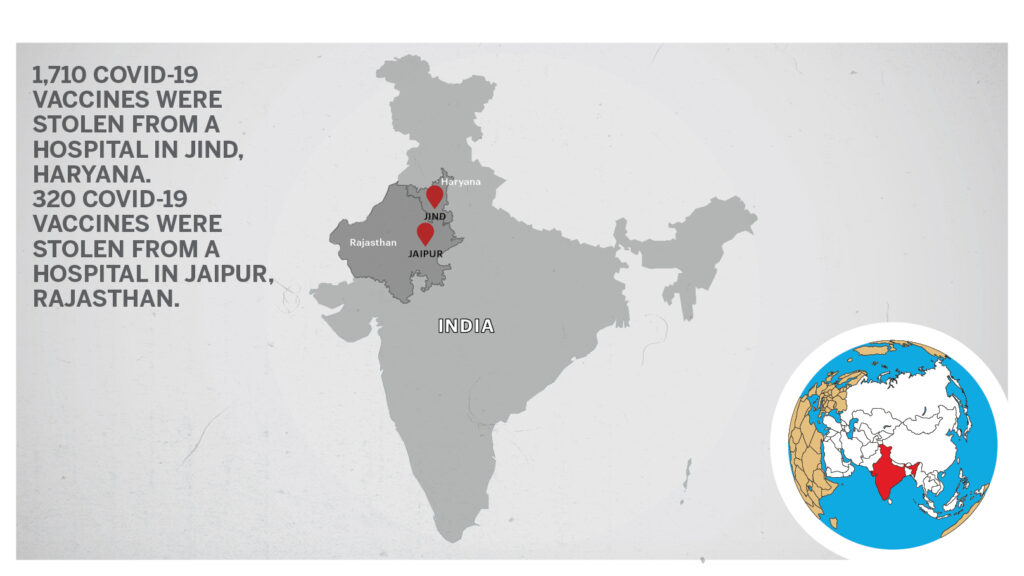 An attendant in the Jind civil hospital was starting his usual day on April 22 morning when he noticed the storage room’s broken locks and informed the authorities.

The thief broke into the hospital’s storage room around midnight and took a bag of vials from a medical refrigerator.

“There were three locks, which were found to be broken, and a bag of Covid-19 vaccines was missing. Surprisingly, the thief touched no other thing. There was INR 50,000 ($667) cash, which was intact. However, a few files and a laptop are missing.”

The bag, according to Singh, had 1,270 Covishield and 440 Covaxin doses — the vaccines manufactured by Serum Institute of India and Bharat Biotech, respectively, that are being administered in India at present.

Singh says they immediately filed a complaint at the nearest police station.

Rajendra More, a senior police officer in the Jind district, told Zenger News they started an investigation soon after receiving the complaint.

But while the probe was still on, an older man walked into the police station almost 12 hours into the incident — with the stolen bag.

“An unknown man gave a bag to an old man sitting near the tea stall outside our police station and told him that it was the lunch for the head of the station,” More said.

When the police opened the bag, they found all the stolen vaccinations along with a handwritten apology note.

“The thief came to steal something else,” More said. “They would not have returned the doses if they actually needed it. They probably came in search of Remdesivir, which has a huge black market in this region.”

Remdesivir was the first antiviral drug approved by the U.S. Food and Drug Administration for the treatment of people carrying the SARS-CoV-2 virus and requiring hospitalization.

“The investigational drug was shown in a clinical trial to shorten the time to recovery in some patients,” the U.S. Food and Drug Administration said.

“We are still carrying out an investigation and searching for the thief,” More said. “We have collected some video evidence. But we can identify no one as the video is quite blurry.”

“How long a vaccine can be kept outside refrigeration depends on its type. Any vaccine should not be kept out for more than six to eight hours and should always be kept in lower temperatures.”

“The efficacy of the vaccine may get altered due to this [if kept outside refrigeration], and the vaccine might not work as per requirements.”

Singh also confirmed the doses won’t be of any use now. After the thief returned the vaccines, they were at the police station for another few hours.

“They were outside refrigeration for 15 hours and have completely lost their efficacy,” Singh told Zenger News.

“Vaccination is given free in our hospital. Therefore, [it was clear that] the thief intended to take something else. We are still trying to find out his actual motive. The storage room is usually guarded, but since a night curfew is on, the guard was not present at that time.”

The Jind hospital says they will guard the room 24×7 now.

Earlier this month, 320 Covid-19 vaccines were stolen from a hospital in the northern Indian state of Rajasthan. The incident took place at Kanwatia Hospital in the capital city of Jaipur.

A First Information Report has been registered under Section 380 of the Indian Penal Code for theft. There are fears that the vaccine might reach the black market.

The country will begin the third phase of vaccination from May 1 and include civilians above 18. India recorded 189,549 deaths due to Covid-19 till April 24, which accounted for one percent of the affected population, according to Worldometer.