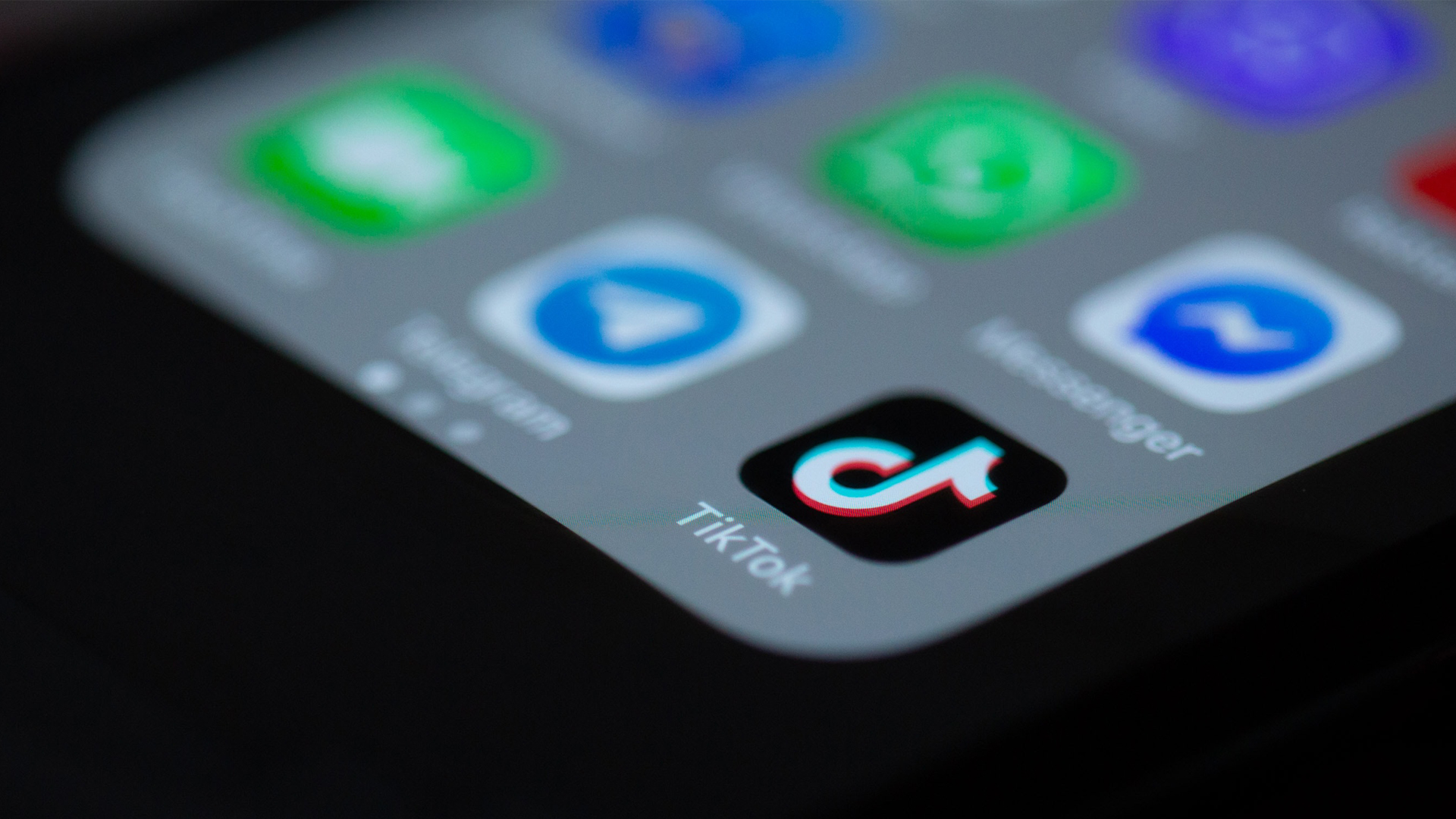 MUMBAI, India — Twenty-year-old Arishfa Khan’s TikTok account had 26.8 million followers, and her content had over 1.1 billion likes. But towards the end of June 2020, TikTok was banned in India.

Like Khan, many TikTok influencers had to build their following from scratch on short-form video platforms that would replace TikTok.

Moj India launched in July 2020, along with many other short-form video apps such as MX TakaTak, Chingari, Josh, Mitron, and others.

This month, Khan celebrated her journey of reaching 5 million followers on Moj India in an Instagram video. 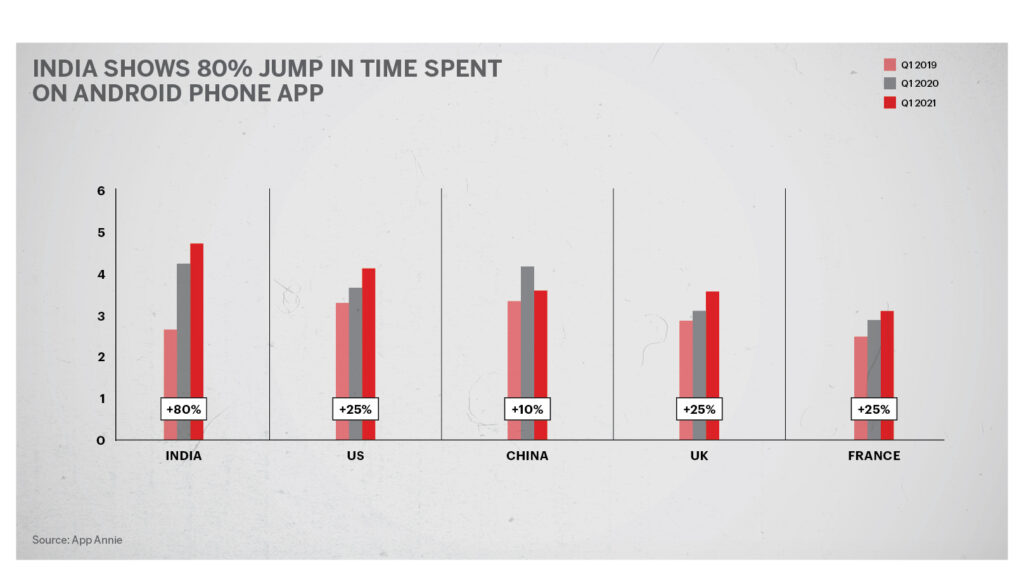 “The 10 million mark isn’t far off,” she said in the video. “I also thank all my followers for helping me reach the 5 million mark. I thank Moj India for giving me this platform.”

TikTok was a phenomenon in India with over 600 million downloads. Its departure left many content creators ripe for picking by homegrown short-form video apps.

Two of those apps, Moj and MX TakaTak, have emerged as ‘breakout apps’ in January-March (Q1) 2021, according to app analytics firm App Annie’s latest report.

App Annie released a report on the time spent within apps for Q1 2021 on April 8.

“The global average time spent was 4.2 hours a day, up 30 percent compared to two years prior,” the report states.

Faisal Kawoosa, the founder of analytics firm TechARC, told Zenger News this surge could only be credited to the lockdown.

“We had more time to spend digitally as we were all stuck at home,” Kawoosa said. “I don’t think it is related to the lower data prices we have in India.”

TikTok was banned by India on June 29, 2020, along with over 58 other apps in light of the India-China border skirmishes. Over time, 223 Chinese apps were banned from India, including the popular mobile game PUBG Mobile.

When it comes to what kind of apps have resulted in this surge in time spent, social media apps such as YouTube, Facebook, and TikTok topped the charts. But among the breakout apps for Q1 2021, apart from private messaging apps such as Signal and Telegram, short-form video apps, MX TakaTak, and Moj stood out.

Following TikTok’s ban, several TikTok clones came out of India, but MX TakaTak and Moj led the race with over 100 million app installations.

MX TakaTak is a subsidiary of MX Player, one of India’s top ad-supported video streaming platforms owned by media conglomerate Times Internet. Moj is a subsidiary of ShareChat, a local language social networking service backed by investments from Twitter and Lightspeed Ventures.

FAU-G, a battle royale game that was launched not long after PUBG Mobile was banned in India, emerged as the ‘breakout game’ for Q1 2021.

Karan Bedi, the chief executive of video streaming app MX Player, the parent of MX TakaTak, told Zenger News the company had been thinking of launching a short-form video app for a while. Given TikTok’s dominance in the space in the first half of 2020, there was little incentive to enter this space.

“We launched MX TakaTak within the first week of July. We did not notice a huge spurt until September.”

Around the time, India had close to 10 short-form video apps, most of which were made in India, such as Chingaari, Mitron, Bolo Indya, Roposo alongside Instagram’s Reels, and YouTube Shorts.

“January-March 2021 was a record quarter for us where we took over everyone else. Currently, we are the no 1 short-form video app in India,” said Bedi. “We believe we have a strong foundation to grow this. I see this space being left with two to three players eventually, and we hope to be the leader.”

But it was the short-form video apps that Indian consumers really took to.

“TikTok established the short-format video that was well-received in India. As soon as it was banned, something had to occupy that space, so we saw a lot of homegrown apps in this segment,” said Kawoosa, adding that it was a consumer behavioral change thanks to shortening attention spans.

As of April 19, short-form video apps Josh, MX TakaTak, and Moj are ranked at 2, 3, and 6, respectively, with 100 million-plus downloads, according to AppBrain’s Google Play Store app ranking.

Not long after banning Chinese apps, Indian Prime Minister Narendra Modi stressed the need for an ‘atmanirbhar’ or self-reliant India. A great demand for made-in-India apps followed this.

But sentiment-driven app or services differentiation can only work up to a certain point, according to Kawoosa.

The larger question, he believes, is whether a homegrown app is adding any value to user experience. A case in point is the FAU-G app, which hasn’t managed to capture the magic of PUBG and doesn’t even feature in the top 50 Android Gaming apps. This is despite recording over a million pre-registrations in December, according to media reports.

“If an app is just a local replacement for something that’s international and where you are already present, if there is no value-added differentiation, you will have a natural tendency to switch back to the original,” said Kawoosa.

MX TakaTak’s Bedi believes constant innovation is the only way to grow.

“On the content front, we have millions of user-generated content. Additionally, we have content partnerships that we routinely invest in. We also have a INR 100 crore [$13.3 million] fund to encourage the creator community,” said Bedi.

Bedi believes innovations in the Indian app ecosystem are here to stay.

“Over the past couple of years, there have been a lot of Indian apps that have scaled up in a way that the ecosystem has allowed us to develop products of global scale. This gives companies the capabilities to hire the right talent, attract the right funding. You will see a lot of big Indian apps emerge soon.”

Zenger News reached out to the founders of Moj and FAU-G but did not receive any responses.

“We can definitely find ways to encourage local businesses, but it’s an open competition in the digital world,” said Kawoosa. “Growth involves investing in the product, funding rounds, and the product has to be scalable. A global venture capital player will evaluate a local product against what’s available globally.”