Young Author Is A Star On The Court And Off

College freshman Brécha Byrd wrote a book to inspire girls to evolve, grow and love who they are. 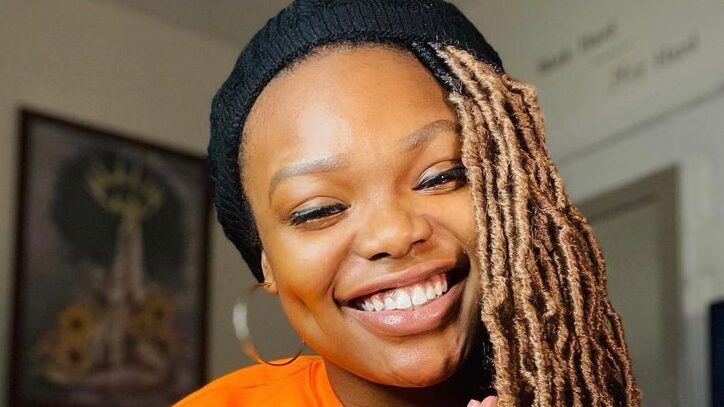 College freshman Brécha Byrd authored her first book while she was still in high school. (Courtesy of Brécha Byrd)

RALEIGH, N.C. — Before Brécha Byrd was even in college, she had made a name for herself.

As captain of her basketball team in Surry County High School in Virginia, she led the team to the co-state championship and was named Virginia High School League Female Athlete of the Year.

Off-court, she met with success, too.

In January 2019, her first book was published. Her inspirational “Self Love…LOVESELF” aims to uplift young girls and women in their life journey.

“God gave me the vision, and my family supported me,” Byrd said. “We live in a world where there is so much negativity. I want girls to know they are beautiful inside and out — and they have worth. Their worth isn’t based on what others think.”

She has been featured on local TV news shows in Raleigh, N.C., where she is a freshman at Saint Augustine’s University. Byrd is a member of the women’s basketball team at the historically black college — a small school dating to 1867, when it was founded by Episcopal clergy to educate freed slaves.

Byrd has always seen herself as someone who goes beyond easy characterization. Despite a passion for basketball, she does not want sports to define her.

“My dad always tells me, basketball is a part of you, it’s not all of you,” Byrd said. Her book is part of her expanding horizons.

“Growing up, we all go through the journey of finding ourselves and finding what we’re passionate about and learning about ourselves,” Byrd said. “And sometimes, that process can be hard. So, I wanted to do something specifically for girls that can help them on the journey to self-love.”

One of Byrd’s motivational passages in the 33-page book is to “make it EPIC – E, evolve; P, persevere; I, inspire and C, complete. In life, you want to grow, you want to evolve, you want to change for the better.”

She said the book’s inspiration comes from her parents, Brenton and Chanique, her brother, Breyden, and God.

Montel Jones, women’s head basketball coach at Saint Augustine’s University, said Byrd fits the type of student-athlete he wants to represent the program. He said his prized freshman recruit is mature beyond her years.

“It was amazing to see a kid not in college yet who had already authored a book,” Jones said. “She is a high-IQ student who knows about more than basketball. It is simply amazing. She already has goals that she has set forth.”

Byrd also made an impression on Steven Artis, her assistant basketball coach at Surry County High School. Artis said the Lady Falcons got an impactful student-athlete who is a natural leader.

“She was far ahead of the other girls in the thought process,” Artis said about his former player. “She speaks as if she was an old head. Brécha had her stuff all mapped out, and she believes God is going to direct her to do great things. … I was blown away.”

In addition to being called on as a motivational speaker, in March, Byrd was one of 35 students from historically black colleges selected to be virtual fans at the NBA All-Star game.