VIDEO: Put-in Us On: Huge Russian Military Op In Crimea On Same Day Kremlin Pledged To Pull Out

Thousands of troops, warships and aircraft in training exercise on the Ukrainian border. 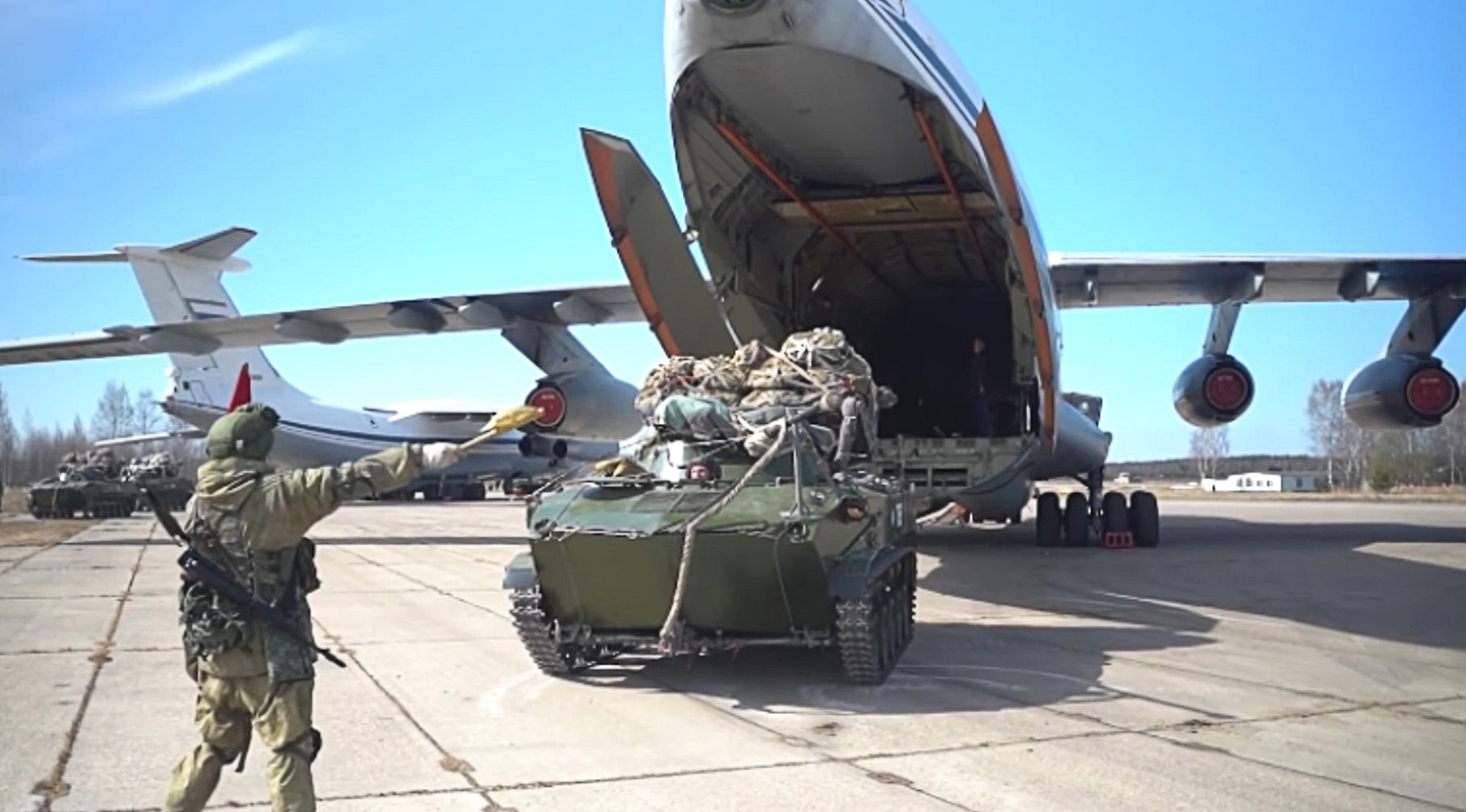 Russia's military has carried out an enormous training drill on a Crimean training ground. (Ministry of Defense of Russia/Real Press)

OPUK, Crimea — Russia’s military carried out a massive drill involving about 10,000 soldiers and 40 warships on a Crimean training ground on the same day the Kremlin said it would reduce its military presence on Ukraine’s border.

The so-called “surprise training exercise” came as Western leaders, who feared Russia was planning to invade the Ukraine, were breathing a sigh of relief after the Kremlin promised to pull its troops back from the Ukrainian border.

The Russian Ministry of Defense said the drill — to “ensure combat readiness” — took place at the Opuk training ground in Crimea, which is about 37 miles from the town of Feodosia on April 22.

The military exercise came on the same day Russian Defense Minister Sergei Shoigu stated the military would pull back from the Ukrainian border and reduce its presence in the Crimea after weeks of tension between the Kremlin and NATO in the region.

Earlier in the week, Josep Borrell, High Representative of the European Union, voiced concerns that Russia had concentrated over 100,000 troops on Ukraine’s border.

Western leaders feared Russia was planning an invasion, and German Chancellor Angela Merkel called for Russian President Vladimir Putin to pull his troops back from the Donbass region, which borders Ukraine earlier this month.

However, the situation appeared to be improving when Shoigu announced on April 22 the Russian presence in the region would be reduced, with several military units set to pull back.

The announcement came as a relief to global leaders. U.S. President Joe Biden reacted by canceling plans to deploy U.S. warships in the Black Sea as a deterrent.

Russia’s annexation of Crimea, following a controversial referendum in 2014, has been at the heart of tensions between Russia and the U.S. and its Western allies.

The latter countries have refused to recognize Russia’s sovereignty over the region, claiming the referendum was illegal and calling for Crimea to be returned to Ukraine.